Hollywood actor Alec Baldwin hosted an annual gala for the Robert F. Kennedy Human Rights center on Thursday evening, featuring Vice President Kamala Harris as keynote speaker, just weeks after the death of a woman on the set of his movie, Rust.

Baldwin, 63, made his first formal public appearance since fatally shooting cinematographer Halyna Hutchins and wounding director Joel Souza when a prop gun in his hands discharged. Baldwin says he cocked the gun but did not pull the trigger. 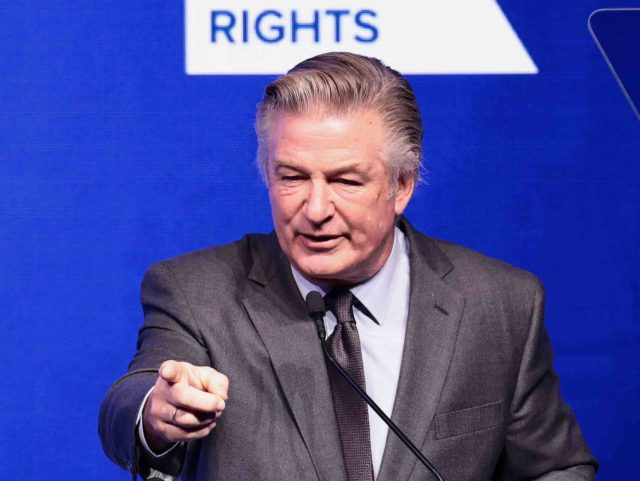 Though he has not yet been charged with any crimes, Baldwin is already facing multiple lawsuits over the fatal shooting, and could yet face prosecution.

However, on Thursday, he was lauded by a star-studded rostrum as a champion of human rights.

Baldwin was the master of ceremonies at the “Ripple of Hope” gala, which featured a virtual speech by Harris and honored Democratic gubernatorial candidate Stacey Abrams, who has never conceded the 2018 election.

Abrams greeted Baldwin warmly, and posed for pictures with him and other officials and honorees. 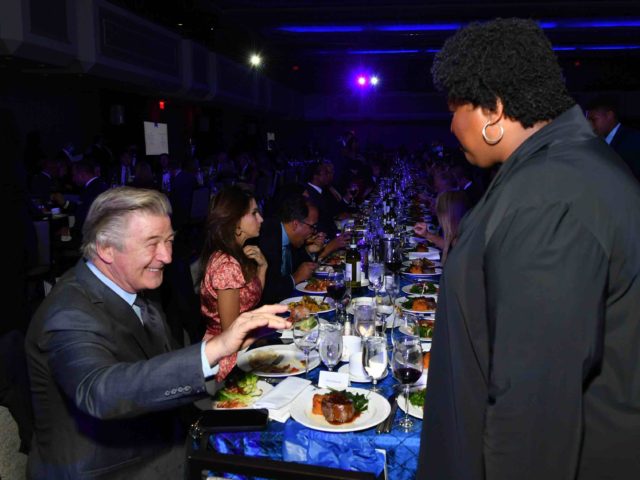 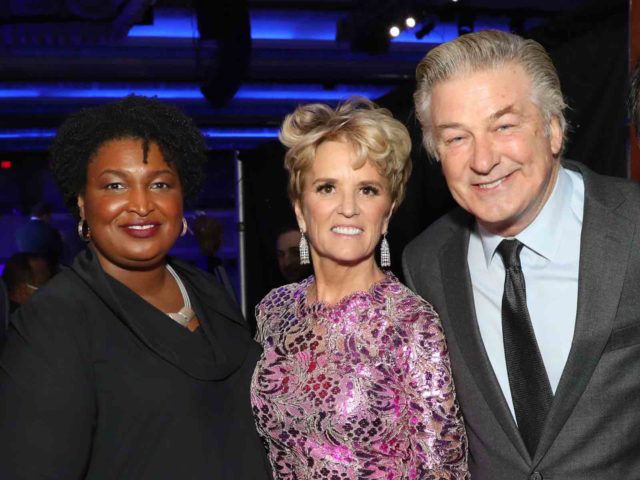 The Hollywood Reporter noted that Baldwin “began the evening by welcoming the crowd with a joke” about getting out of his house.

Kerry Kennedy, who is president of the center and a daughter of Robert F. Kennedy, “started by lauding Baldwin,” the Reporter observed, “telling the crowd of more than 700 vaccinated and tested in-person attendees, ‘In your good times and bad and his good times and bad, he always shows up.'”

The “bad times” were a clear reference to the Rust shooting. 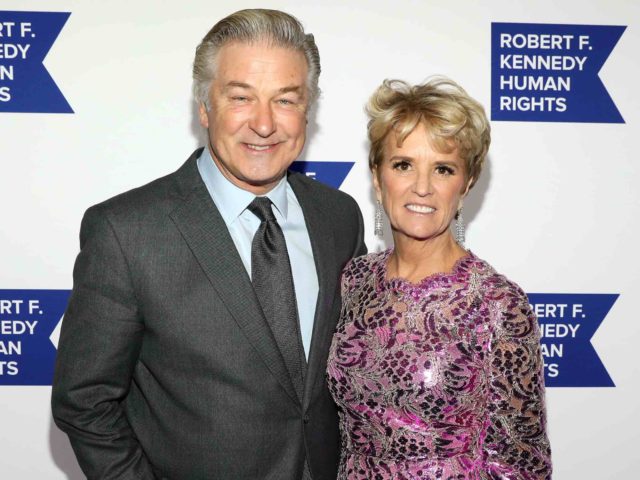 The Robert F. Kennedy Human Rights center is named for the late Senator Robert F. Kennedy, who was assassinated by a Palestinian radical in a California hotel kitchen minutes after winning the state’s Democratic presidential primary in 1968.

According to its website, one of the main priorities of the Robert F. Kennedy Human Rights center is fighting “gender-based violence.”

Breitbart News reached out to the center with questions; answers were not received at the time of publication.