This week, National Public Radio (NPR) reported that two previously deported illegal aliens, Claudio Rojas of Argentina and Jean Montrevil of Haiti, have since been brought back to the U.S. after they claimed that the Immigration and Customs Enforcement (ICE) agency retaliated against them for their open borders advocacy.

Before his 2019 deportation, Rojas had lived as an illegal alien for 19 years while Montrevil was deported in 2018 following more than a decade in the U.S.

Attorneys for the illegal aliens are now demanding that both be given amnesty as reparations for being deported from the U.S. by the Trump administration. 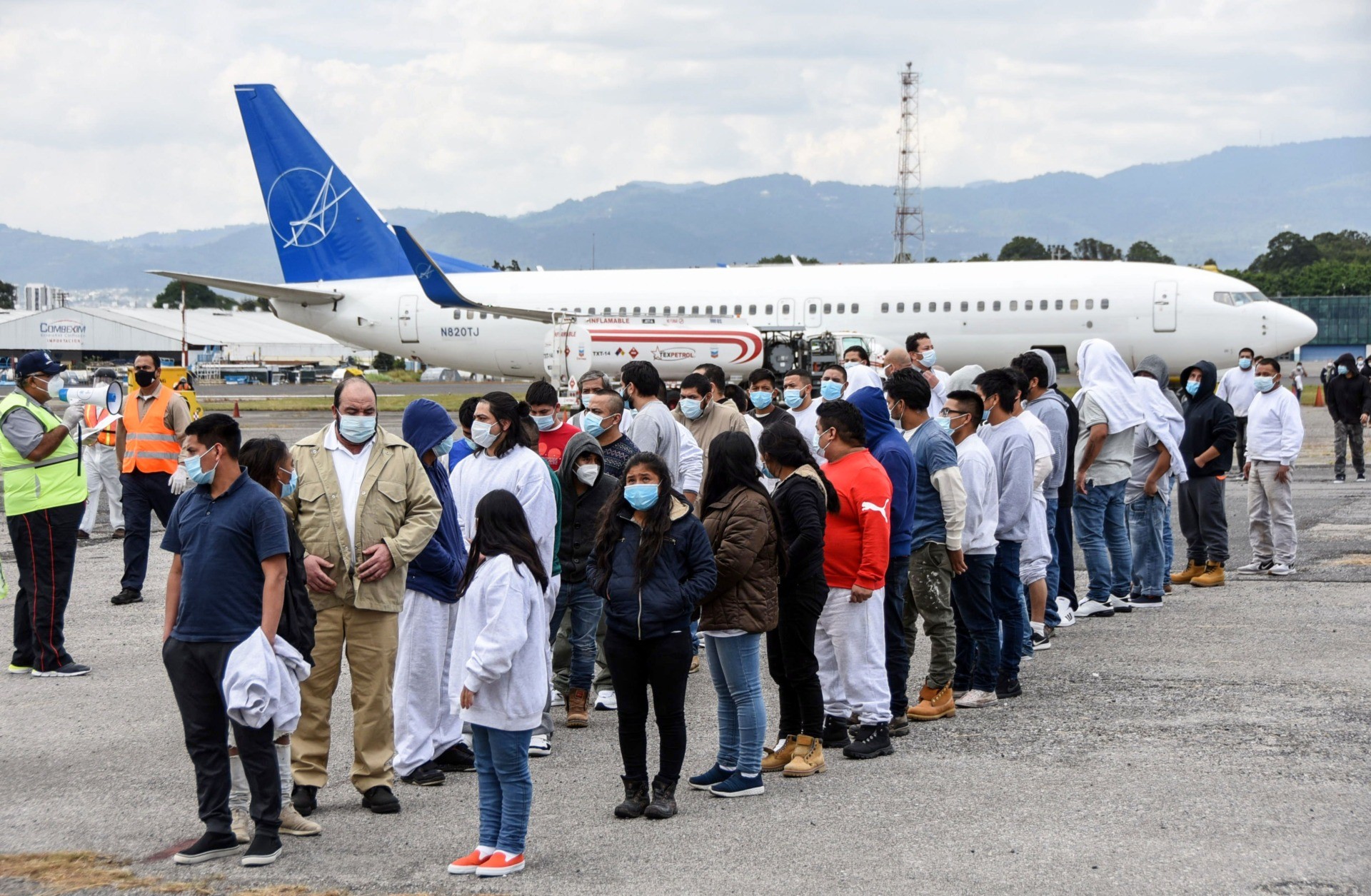 Guatemalan migrants deported from the United States, queue upon their arrival at the Air Force Base in Guatemala City on January 6, 2021. (ORLANDO ESTRADA/AFP via Getty Images)

Claudio Rojas was deported to Argentina in 2019 at exactly the same time that a film about his activism for undocumented immigrants was premiering in theaters. Rojas knew it was going to be an uphill fight to come back. [Emphasis added]

Jean Montrevil is an immigrant rights advocate in New York. He was deported, too, in 2018 to Haiti. Montrevil, too, was allowed back into the U.S. under the Biden administration. He landed at JFK Airport in New York in October. [Emphasis added]

ICE has denied retaliating against Montrevil and Rojas and did not respond to requests for comment on their return to the U.S. Under new guidance from the Department of Homeland Security, immigration authorities have been told explicitly not to take action against activists for exercising their freedom of speech. Here’s what DHS Secretary Alejandro Mayorkas told me about that guidance when it was first announced in September. [Emphasis added]

Indeed, Biden’s Department of Homeland Security (DHS) is ensuring that illegal aliens like Rojas and Montrevil are not deported from the U.S.

In comparison, American citizens can be arrested for crimes in any location.