The FBI director has now called the Texas synagogue hostage situation this past Saturday an “act of terrorism targeting the Jewish community” after downplaying the antisemitic motives.

Speaking to the Anti-Defamation League during a webinar on Wednesday, FBI Director Christopher Wray said the agency has been treating the events as an act of terrorism against Jews.

“Now let me be clear and blunt, the FBI is, and has been, treating Saturday’s events as an act of terrorism targeting the Jewish community,” Wray said. “Within a matter of hours, we deployed FBI SWAT, two highly trained units from our elite Hostage Rescue Team; those are the folks who ultimately were the ones who went into the synagogue, along with canines.”

A video shot by a Dallas ABC news crew shows the final moments of the near 12-hour standoff at the Congregation Beth Israel synagogue late Saturday night. https://t.co/IXCiHbVuvf

Malik allegedly took hostages to secure the release of convicted Pakistani terrorist Aafia Siddiqu, a.k.a. Lady al-Qaeda. At the time, FBI Special Agent in Charge Matt DeSarno said that “the Texas synagogue hostage taker’s demands were specifically focused on issues not connected to the Jewish community.”

However, evidence later surfaced that Malik indeed had antisemitic motives for the attack and told his brother in a phone conversation prior to his death that “f***ing Jews” were rapists of Muslim women and children.

“Why do these f***ing motherf***ers come to our countries, rape our women and f*** our kids?” Malik told his brother. “I’m setting a precedent … maybe they’ll have compassion for f***ing Jews.” 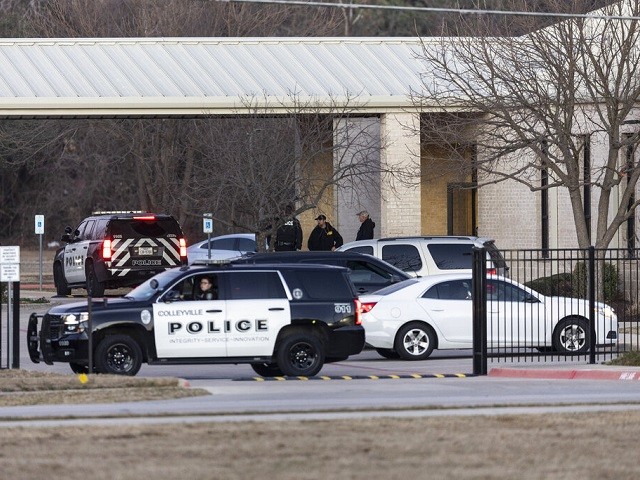