Sponsored by @MattPalumbo12
and "The Man Behind the Curtain: Inside the Secret Network of George Soros"https://t.co/ne40TaF1W1 pic.twitter.com/lZv8Nl9xOo

According to the most recent January 26, 2022, data, 39 percent of likely voters approve of Biden’s job performance compared to 60 percent who disapprove. Of those, 17 percent “strongly” approve and 50 percent “strongly” disapprove, resulting in Biden’s -33 approval index, which stood at -5 exactly one year ago: 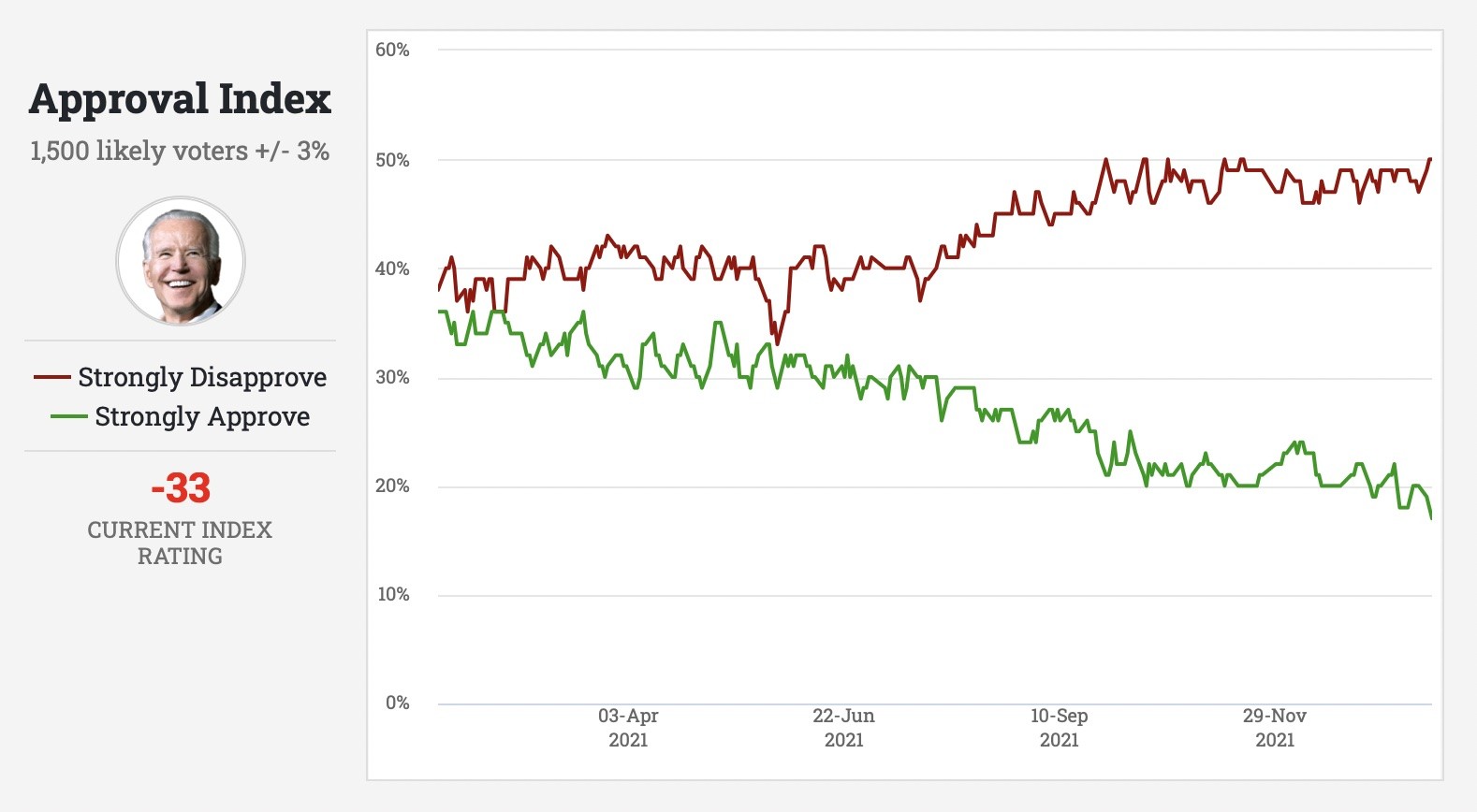 These shifts coincided with Biden’s failure to “crush” the Chinese coronavirus and attempts to push vaccine mandates on the American people. It also followed the botched withdrawal from Afghanistan, as well as rampant inflation and a supply chain crisis continuing to plague the country.

At the same point in Trump’s presidency — January 26, 2018 — 44 percent approved of his job performance, five points higher than Biden’s 39 percent.