Oregon officials plan to lift the state’s indoor mask requirement “no later than” March 31, 2022, the Oregon Health Authority (OHA) announced on Monday, amid its recent decision to give the “temporary” indoor masking rule for schools “permanent” status.

This coming change coincides with officials changing the state’s school masking rule from temporary to permanent, forcing students to mask “unless the State Public Health Director or State Public Health Officer issues an order stating that the some or all requirements in this rule are no longer necessary to control COVID-19.”

According to the bulletin, moving the rule to a “permanent” status was the “only way health officials could extend the current temporary mask rule past its expiration date and until mask rules would no longer be needed to reduce transmission of SARS-CoV-2 – the virus that causes COVID-19 – to save lives and prevent the Omicron crisis from further overwhelming Oregon’s health care system.” 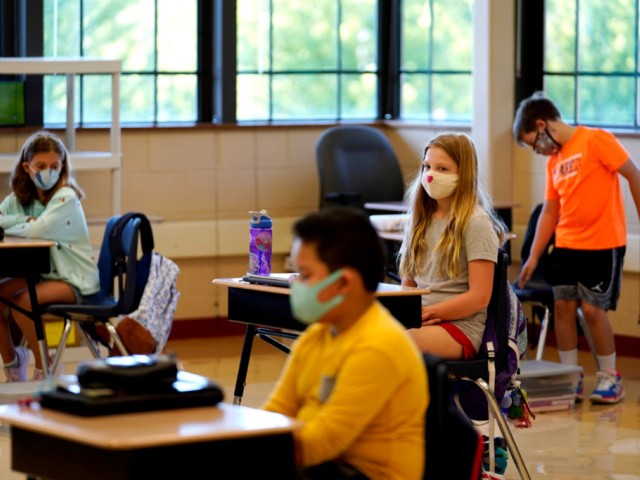 Students in fifth grade wear masks as they wait for their teacher in the classroom. (AP Photo/Nam Y. Huh)

“State health officials said they would consider lifting the general indoor mask requirement earlier than March 31, if hospitalizations decline to the levels projected by the end of March sooner than expected,” the bulletin continued.