Overall, only 43 percent of voters believe mask mandates should remain in place over those who are unafraid to remove their face coverings. 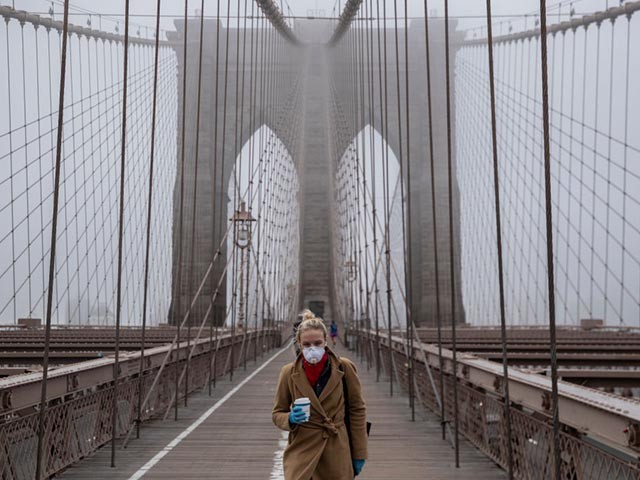 A woman wearing a mask walks the Brooklyn Bridge in the midst of the coronavirus outbreak on March 20, 2020 in New York City. (Victor J. Blue/Getty Images)

A Wednesday Rasmussen poll largely confirmed Politico/Morning Consult polling. According to Rasmussen, 49 to 42 percent of people want the mask mandates in place. Rasmussen also found that the majority of individuals still continue to believe masks help block the Chinese virus:

American’s hesitancy to allow fellow citizens to live without a mask follows a Tuesday report that the Centers for Disease Control and Prevention (CDC) in the near future will alter their mask guidance without a change in the science of coronavirus transmission. 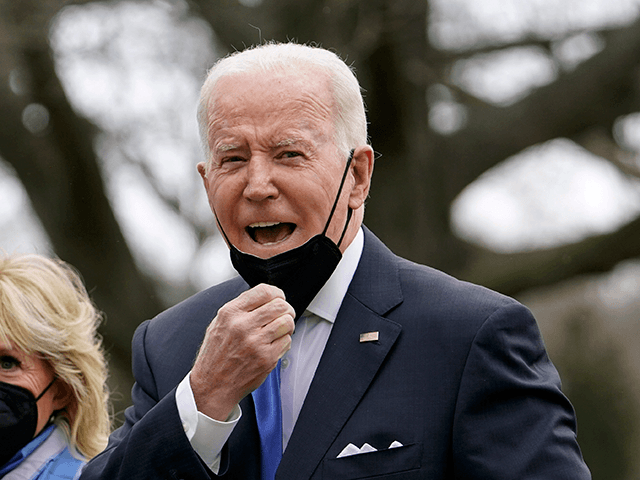 President Joe Biden on the South Lawn of the White House after stepping off Marine One, Monday, Feb. 14, 2022, in Washington.  (AP Photo/Patrick Semansky)

Instead, the altered guidance will be based on “the level of severe disease and hospitalizations in a given community,” NBC News reported.

Though Democrat-controlled states and localities states have moved away from some mask mandates presumably due to political science instead of a change in science, the White House is reportedly fearful a change in guidance may be viewed as a result of “political pressure on the agency.”

In recent weeks, Democrats have been slammed by Republicans for changing masking rules when they believe it politically suites them.

“Sometimes I hear the phrase, the science changed. The science hasn’t changed,” Sen. Tom Cotton (R-AR) mocked Democrats last week. “What’s changed is that there’s an election coming and Democrats have seen the polling on this question.”