First gas, then heating and now rents. Runaway inflation is driving rents skywards across Joe Biden’s America, delivering an average of a 20 percent increase in the U.S.’s biggest 50 cities over the past 12 months, a study details.

At the same time, U.S. Census Bureau statistics show rental vacancy rates during the fourth quarter of 2021 fell to 5.6 percent, the lowest since 1984 in the the world’s largest economy.

The rent spike has stung wallets nowhere more than in the Miami metro area, where the median rent surged to an eyewatering $2,850, 49.8 percent higher than the previous year.

Other cities across Florida — Tampa, Orlando and Jacksonville — and the Sun Belt destinations of San Diego, Las Vegas, Austin, Texas, and Memphis, Tennessee, all saw spikes of more than 25 percent during that time period, AP reports.

Meanwhile, Boston has nearly overtaken San Francisco as the nation’s most expensive rental market with a nearly 27 percent increase in properties with two bedrooms, according to the Zumper study released at the end of last month.

The Biden administration’s failure to tackle high and rising inflation pushed consumer sentiment this month to its lowest level in a decade. https://t.co/KfCWTeFptq

Across the 50 largest U.S. metro areas, median rent rose an astounding 19.3 percent from December 2020 to December 2021, according to a Realtor.com analysis of properties with two or fewer bedrooms.

Rising rents and high inflation are moving hand-in-hand to become one of the nation’s top economic problems. 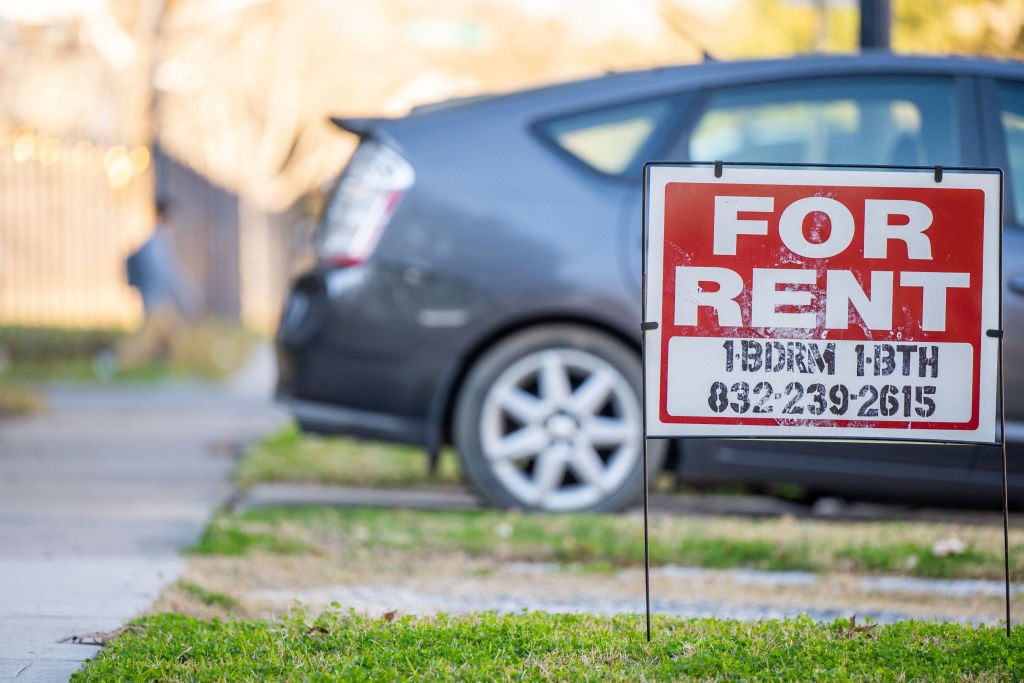 A ‘For Rent’ sign is posted near a home on February 07, 2022 in Houston, Texas. Since March 2020, the estimated median rent of new leases has increased by double digits in several Texas cities. The increase in sales prices has made it more difficult for people to buy a home, as a result increasing the number of people looking to rent. (Brandon Bell/Getty Images)

Labor Department data, which covers existing rents as well as new listings, shows much smaller increases, but these are also picking up, the Daily Mail reports.

Rental costs rose 0.5 percent in January from December, the department said last week. That was the single biggest increase in 20 years and will likely accelerate.

“Without a lot of rental vacancy that landlords are accustomed to having, that gives them some pricing power because they’re not sitting on empty units that they need to fill,” Danielle Hale, Realtor.com’s chief economist, told the Associated Press.

U.S. inflation rose to the highest level in nearly forty years in December, underscoring the high and rising inflation that has been the hallmark of the first year of Joe Biden’s presidency. https://t.co/GmZyC6he5D

Economists worry about the impact of rent increases on inflation because the big jumps in new leases feed into the U.S. consumer price index, which is used to measure inflation.

Inflation jumped 7.5 percent in January from a year earlier, the biggest increase in four decades, as Breitbart News reported.