In his letter to Wray, Jordan cited FBI whistleblowers who provided one example of the FBI taking security clearances from a ten-year employee who “honorably served in the United States military for over 20 years.”

“According to several whistleblowers, the FBI is suspending the security clearances of FBI employees for their participation in protected First Amendment activity on January 6, 2021,” Jordan wrote.

The FBI’s move applies to employees who attended Trump’s speech near the White House hours before the Capitol riots. 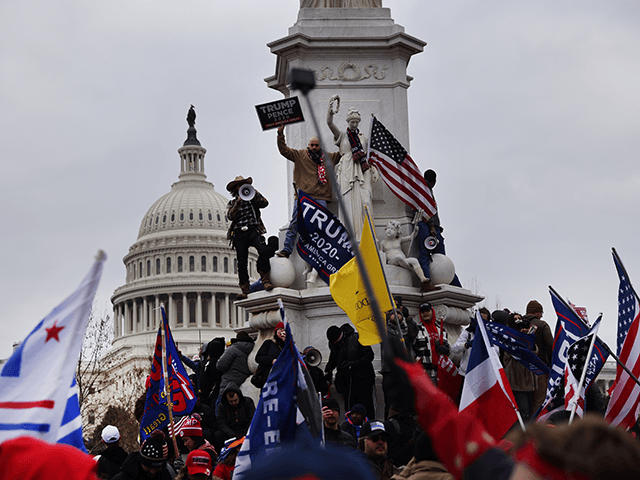 The FBI reportedly justified the suspensions by citing “Adjudicative Guideline A — Allegiance to the United States,” which according to Jordan, implies “that the FBI believes the employees who attended protests on January 6 are no longer loyal to the United States.”

Jordan claimed that the security clearance suspensions are a guise for the bureau to fire these employees.

Jordan noted that although the FBI has a ban on its employees engaging in partisan political campaigns, that does not mean they give up their rights to engage in political speech activity.

After Jordan’s request last month, U.S. Department of Justice Inspector General Michael Horowitz recently launched an investigation into the whistleblowers’ claims that the FBI is taking this punitive step against those who attended the protest.

“In view of the concern you have raised, we will ask the FBI to provide the bases for the security clearance and personnel actions taken against the employees you reference in your letter,” Horowitz said in a letter sent to Jordan on Wednesday. “Based on the information we receive, we will assess whether to conduct a further review.