The U.S. Supreme Court in a 6-3 decision cited First Amendment concerns when striking down a portion of the McCain-Feingold campaign finance law in a case brought by Sen. Ted Cruz’s (R-TX) 2018 reelection campaign.

“The First Amendment ‘has its fullest and most urgent application precisely to the conduct of campaigns for political office,'” the opinion by Chief Justice John Roberts stated.

Writing that an individual has the right to support his own candidacy for office without government intervention, Roberts continued, “This broad protection, we have explained, ‘reflects our profound national commitment to the principle that debate on public issues should be uninhibited, robust, and wide-open.'”

“The 6-3 decision today at the Supreme Court is a resounding victory for the First Amendment,” a Cruz spokesperson told Breitbart News. “Sen. Cruz is gratified that the Supreme Court ruled that the existing law imposed an unconstitutional restriction on free speech that unfairly benefited incumbent politicians and the super wealthy. This landmark decision will help invigorate our democratic process by making it easier for challengers to take on and defeat career politicians.”

“By restricting the sources of funds that campaigns may use to repay candidate loans, Section 304 increases the risk that such loans will not be repaid,” Roberts continued. “That in turn inhibits candidates from loaning money to their campaigns in the first place, burdening core speech.”

“Although Section 304 ‘does not impose a cap on a candidate’s expenditure of personal funds, it imposes an unprecedented penalty on any candidate who robustly exercises that First Amendment right,'” he continued.

In 2018, Cruz loaned $260,000 to his own reelection campaign committee, Ted Cruz for Senate. According to the Federal Election Commission (FEC), candidates are limited to $250,000 loan repayments from their own campaigns and may continue to receive donations for the purposes of repaying those loans after the election.

In the event that loans exceed $250,000, campaigns are also allowed to use pre-election monies to repay the balance only within 20 days of the election. If outside those 20 days, the campaign is required to treat the loan as a donation and is not required to repay. 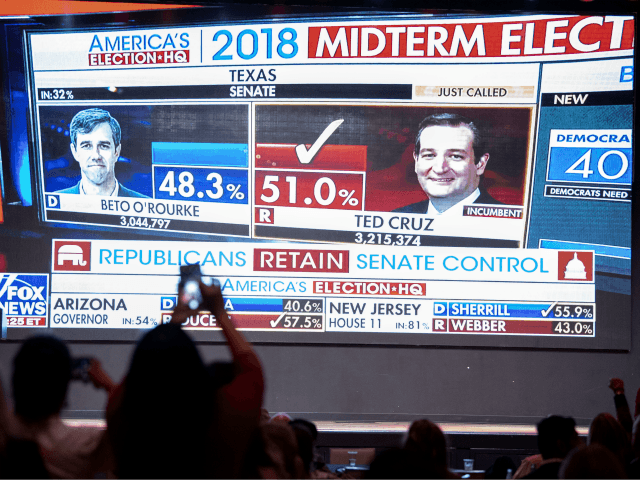 The Cruz campaign repaid $250,000 of the loan after the 20-day window, leaving a $10,000 deficit to be treated as a donation according to FEC rules. Both Cruz and his campaign filed for relief against the FEC citing a First Amendment violation.

“This limit on the use of post-election funds increases the risk that candidate loans over $250,000 will not be repaid in full, inhibiting candidates from making such loans in the first place,” Roberts wrote. “The question is whether this restriction violates the First Amendment rights of candidates and their campaigns to engage in political speech.”

The government initially attempted to derail the lawsuit, arguing that Cruz and his campaign had no standing to sue because Cruz knowingly exceeded the $250,000 limit, calling the injury “self-inflicted” and arguing that the loan amount was deliberate in an attempt to “establish the factual basis for this challenge.”

Roberts rejected this argument, saying that an injury incurred from the application of an unlawful rule, “even if the injury could be described in some sense as willingly incurred,” is still an injury with standing. Indeed, as the Chief Justice pointed out citing another case, “that the plaintiff subjected himself to discrimination ‘for the purpose of instituting th[e] litigation’ did not defeat his standing.”

Therefore, the agency’s 20-day rule finds its teeth directly in the statute — Section 304 of the Bipartisan Campaign Reform Act.

Seeing as how Cruz’s 2018 campaign was the most expensive in history at the time, and “the raw dollar amount of loans made to campaigns in any one election cycle is in the nine figures,” Roberts said, “the ability to lend money to a campaign is especially important for new candidates and challengers.”

Indeed, the election of Virginia Gov. Glenn Youngkin (R), who was a political outsider with little name recognition in a state that was trending blue, is a perfect example of the importance of personal campaign contributions leading to the success of new candidates.

Roberts said that the threat of Sec. 304 “raises a barrier to entry—thus abridging political speech.”

The case is Federal Election Commission v. Ted Cruz for Senate, No. 21-12 in the Supreme Court of the United States.