The Biden baby formula shortage continues to be visually noticeable as empty shelves have become a standard fixture in grocery stores nationwide.

In footage taken by Breitbart News and its readers, near-empty stores in states ranging from Oklahoma, Florida, Louisiana, New Jersey, Virginia, New Hampshire, and Missouri can be seen.

While infant hospitalizations due to this crisis continue to grow, no more than a few miles away across the Southern border, grocery stores in Mexico are well stocked, as documented by Breitbart News’s Cartel Chronicles team. 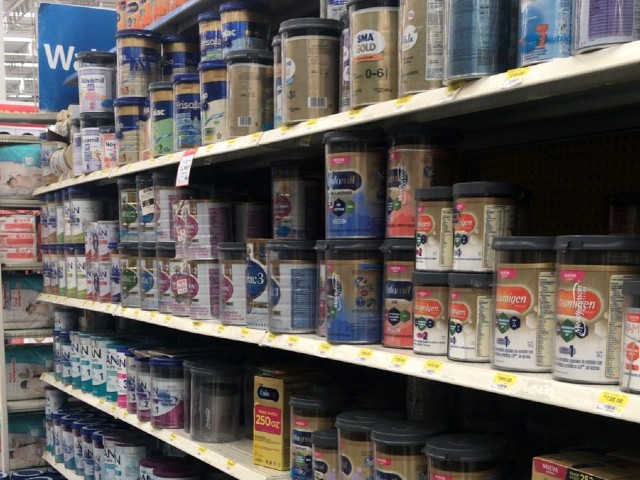 Earlier this month, White House press secretary Karine Jean-Pierre said this issue was something the administration was aware of back in February.

“This is something [President Biden] is focusing on very acutely and again I said 24/7 we’ve been working on this since we have learned about this back in February,” Jean-Pierre said during a daily briefing.

Relief for American families may be several weeks away, however, despite Abbott Nutrition reaching an agreement with the Food and Drug Administration (FDA) on a plan to restart production at their Sturgis, Michigan plant. As News Channel 3 reports, “The plant could reopen in as soon as two weeks– but even once production starts, it could be another six to eight weeks before that product hits store shelves.”

After four infants were hospitalized and “bacterial infections may have contributed to [the] death in two patients,” according to the FDA, Abbott issued a recall of their baby formula product in February.
You can follow Ethan Letkeman on Twitter at @EthanLetkeman.