Loudoun County, Virginia, prosecutor Buta Biberaj — a George Soros-funded leftist — in an extraordinarily rare move was removed from a criminal case by a judge for “deliberately misleading the Court and the public” in an attempt to “sell” a plea deal.

Biberaj is also under fire from Virginia Attorney General Jason Miyares (R), who said she “care[s] more about criminals” than communities.

Loudoun County Circuit Court Judge James Plowman, who was Biberaj’s predecessor, handed down an order removing Biberaj and her entire office from the case and has appointed the Fauquier County Commonwealth’s Attorney’s Office to serve as the prosecuting team instead.

“The Commonwealth is deliberately misleading the Court, and the public, in an effort to ‘sell’ the plea agreement for some reason that has yet to be explained,” Plowman wrote. “Biberaj and the Loudoun County Commonwealth’s Attorney’s Office is hereby REMOVED AND DISQUALIFIED from further prosecution as counsel of record in this matter.”

Fox 5 D.C. reports the judge’s decision was one that “some seasoned attorneys and prosecutors say they have never seen in their career.”

The case at hand has to do with serial burglary suspect Kevin Enrique Valle who was arrested on five warrants — three misdemeanors for destruction of property and false identification and two felonies for burglary.

Biberaj and her team, however, sought a plea deal for Valle and apparently downplayed and even omitted important facts from the alleged burglar’s criminal past in other jurisdictions in order to push it through. 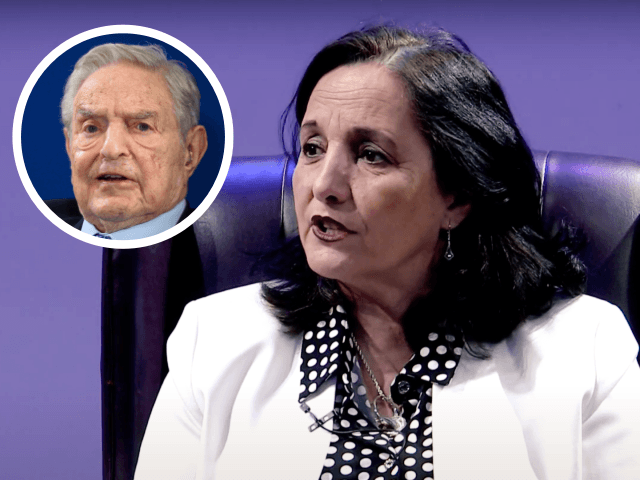 The plea agreement was written by Deputy Commonwealth’s Attorney Michele Burton who stated the alleged crimes took place over the course of hours — an assessment Plowman called “entirely inaccurate.”

Plowman said the prosecutor’s office presented “an overt misrepresentation by omission” to the court.

“The explanation highlights a lack of knowledge of the facts of the case or the ability to apply basic legal principles,” Plowman wrote, slamming Biberaj’s office further.

Miyares, calling it an “unprecedented development,” separately wrote to Douglas L. Fleming Jr., the Chief Judge of the Fauquier Circuit Court, saying, “it is clear from the Order that the Court has rightfully lost confidence in Ms. Biberaj, her deputies and her office’s ability and willingness to effectively seek justice in this matter.”

Miyares also offered the assistance of his office to the court, to which Biberaj responded by telling Miyares, “stay in your lane.”

The Virginia Attorney General further slammed Biberaj Thursday, however, telling Fox News, “she may be telling me to stay in my lane, but when far-left prosecutors veer to the lane where they don’t listen to victims, they care more about criminals and our communities are getting less safe, the lane I care about are safe kids, safe communities and actually listening to the victims.”

Miyares spokesperson Victoria LaCivita told Breitbart News, “Public safety and justice for victims are not a partisan issue. We believe the letter speaks for itself.”

After Plowman removed Biberaj and her office from the case, a bar complaint was filed against her calling for “a formal investigation and appropriate sanctions, which could include disbarment – preventing her from practicing law.”

“Ms. Biberaj’s conduct is completely unbecoming of both a prosecutor and an officer of the Court,” Virginians for Safe Communities President Sean Kennedy, whose nonprofit filed the complaint, said in a press release Thursday. “Judge Plowman’s order is a damning indictment of the Commonwealth’s Attorney’s ethics and her low regard for the integrity of the justice system.”

“We hope that the Virginia Bar recognizes the severity of this misconduct and Buta Biberaj is disbarred and removed from office immediately,” he continued.

Biberaj is a controversial prosecutor who has a reputation for dropping charges against violent offenders.

A former prosecutor speaking on the condition of anonymity to Fox 5 D.C. said that Biberaj “pushed to bond people out in domestic violence cases,” and “Buta pushes to let people out generally.”

Perhaps most notably, Biberaj allowed the release of a male student wearing a dress who allegedly raped a female student in a Loudoun County public school. The office simply put the male student in another school, where he reportedly sexually assaulted another student. That case made national headlines when it was revealed that the Loudoun County School Board appears to have tried to cover up the assault in an effort to pass a policy allowing boys to use girls’ restrooms and locker rooms.

Biberaj’s office also came under fire for hiring a man convicted of a child pornography charge after failing to do a background check — which is required for all hiring.

In addition, last year after a man was released on $5,000 bond following an arrest on assault, strangulation, and abduction charges, he went home and murdered his wife — something for which the family appears to blame Biberaj’s office. While community corrections advised that the man remain behind bars, Biberaj’s office pushed through the bond agreement.

Biberaj is also light on persecutions, generally. Loudoun County data shows criminal indictments have fallen 67 percent since she took office, going from 681 in 2019 to 225 in 2021.