“The Supreme Court’s landmark ruling in Dobbs is courageous and correct. This is an historic victory for the Constitution and for the most vulnerable in our society,” McConnell said in a statement reacting to Friday’s Supreme Court decision that the Constitution does not include a right to abortion and returns the issue of abortion laws and regulations to state legislatures. 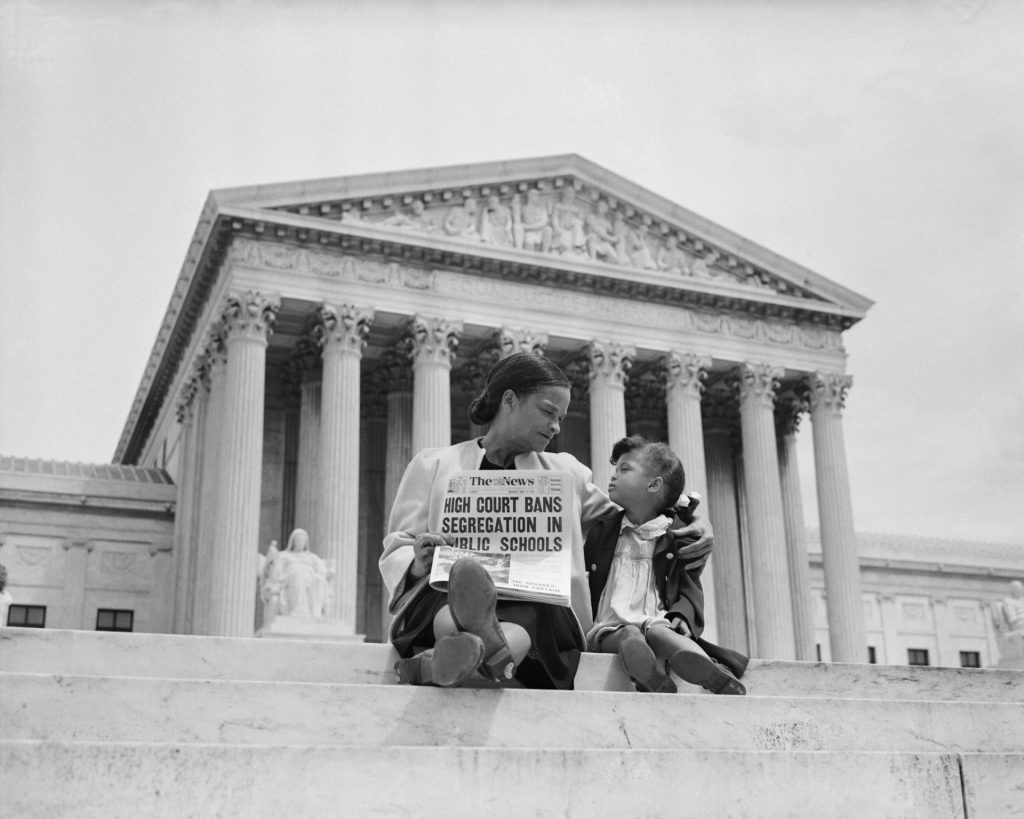 Nettie Hunt and her daughter Nickie sit on the steps of the U.S. Supreme Court. Nettie explains to her daughter the meaning of the high court’s ruling in the Brown Vs. Board of Education case that segregation in public schools is unconstitutional. (Getty Images/Bettmann)

“The Court has corrected a terrible legal and moral error, like when Brown v. Board overruled Plessy v. Ferguson. The Justices applied the Constitution,” McConnell explained, comparing the “historic” cases. “They carefully weighed the complex factors regarding precedent. The Court overturned mistaken rulings that even liberals have long admitted were incoherent, restoring the separation of powers.” 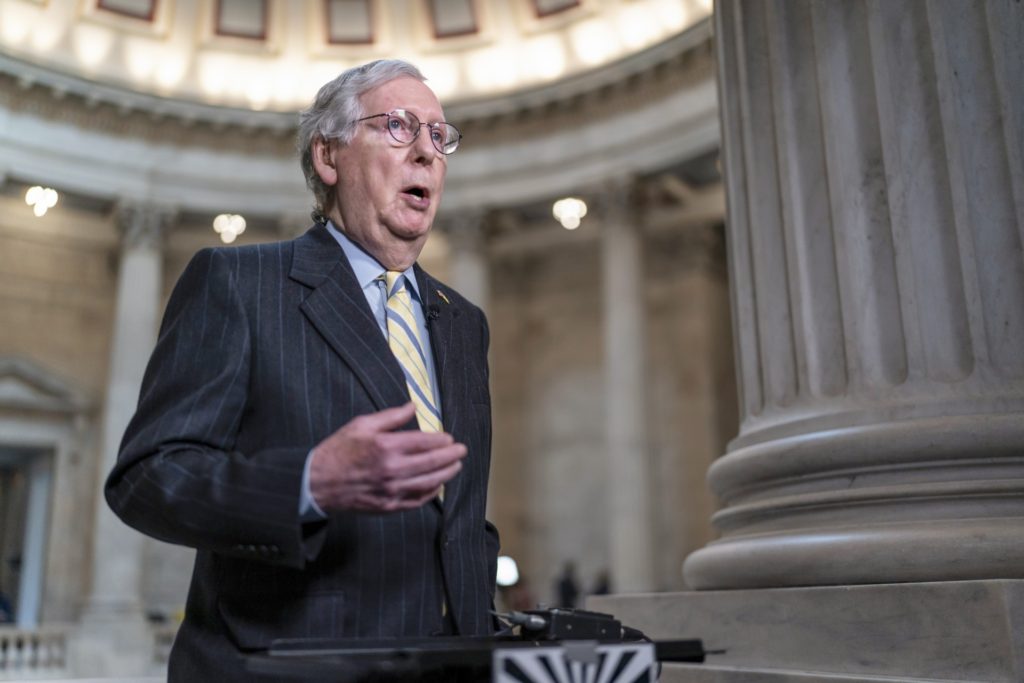 For 50 years, states have been unable to enact even modest protections for unborn children. More than 90% of Europe restricts abortion on demand after 15 weeks, but every state in America has been forced to allow it more than a month past that, after a baby can feel pain, yawn, stretch, and suck his or her thumb. Judicial activists declared that every state had to handle abortion like China and North Korea and no state could handle it like France or Germany.

Democrats’ disgraceful attacks on the Court have echoed Democrats’ outrage at Brown v. Board in 1954. Today’s Democrats are jaw-droppingly extreme on abortion. 97% of Washington Democrats support legislation that would effectively require nine months of abortion on demand until the moment of birth. Only 19% of Americans share this radical view but 97% of Democrats in Congress embrace it. They would rather attack our institutions than let the American people enact the reasonable protections they want.

Millions of Americans have spent half a century praying, marching, and working toward today’s historic victories for the rule of law and for innocent life. I have been proud to stand with them throughout our long journey and I share their joy today.

“The Supreme Court’s Landmark Ruling Is Courageous and Correct,” he added. “I commend the Court for its impartiality in the face of attempted intimidation.”

.@LeaderMcConnell compares Dobbs to Brown vs Board of Education pic.twitter.com/O3kbfVFj4A