“Liberty is under assault, both here and abroad,” he said, alluding to the Supreme Court. “In recent days, there’s been reason to think this country is moving backward, that freedom is being reduced, that rights we assumed were protected are no longer.”

The president delivered a speech to the American people from the White House as part of a barbecue with military service members.

He revisited his presidential campaign slogan, noting the country is still in an “ongoing battle for the soul of America.”

“I know it can be exhausting and unsettling, but tonight, I want you to know we’re going to get through all of this,” he said, referring to the political divisions in the country.

The president described the United States as “a project that has come up short in many ways, but which continues even in this hour.” 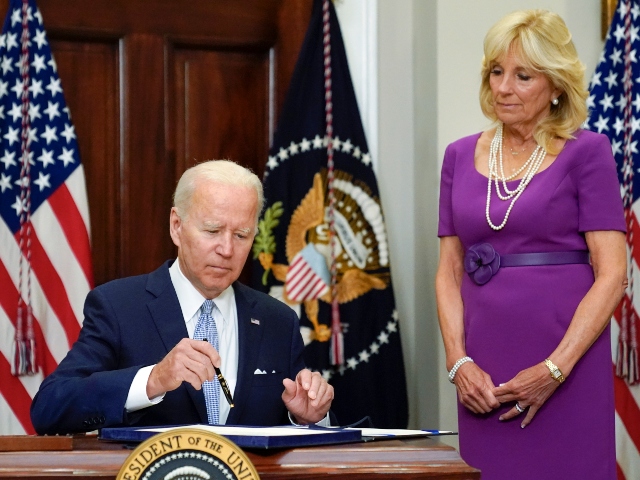 Although Biden celebrated a new gun control bill he signed in June, he alluded to the mass shooting in Chicago, noting there is still work to do.

He called for Americans to redirect their efforts toward progress and “recommit ourselves to the great experiment.”

“For America is always becoming, always on the move, always a work in progress,” Biden said. “That’s a key word, a key idea, a key note in the life of our nation. Progress. Forward motion.”

He urged Americans to vote to improve the country and not get discouraged.

“We have to fight for it, defend it, and earn it by voting,” he said.

The president also boasted of the strength of the economy on his watch, despite record-high inflation and gas prices.

“For all the challenges, America has the strongest economy in the world,” Biden proclaimed.