President Joe Biden defied polling published Tuesday showing a majority of Democrats do not want him to run for reelection in 2024.

A New York Times poll showed that 64 percent of Democrats said they wanted a different candidate to run for president in 2024 and only 26 percent wanted Biden to run again.

When asked about those numbers, Biden was defiant.

President Biden tells me that despite most Democrats saying they want another candidate in 2024, most would still vote for him if he ran pic.twitter.com/hcFnI8C7gh

The president lashed out at reporters after he spent time with members of Congress at the annual White House congressional picnic.

“You guys are all the same,” he griped. “That poll showed that 92 percent of Democrats if I ran, would vote for me.”

When Gittleson reminded him the majority of Democrats in the poll did not want him to run, Biden refused to acknowledge the truth. 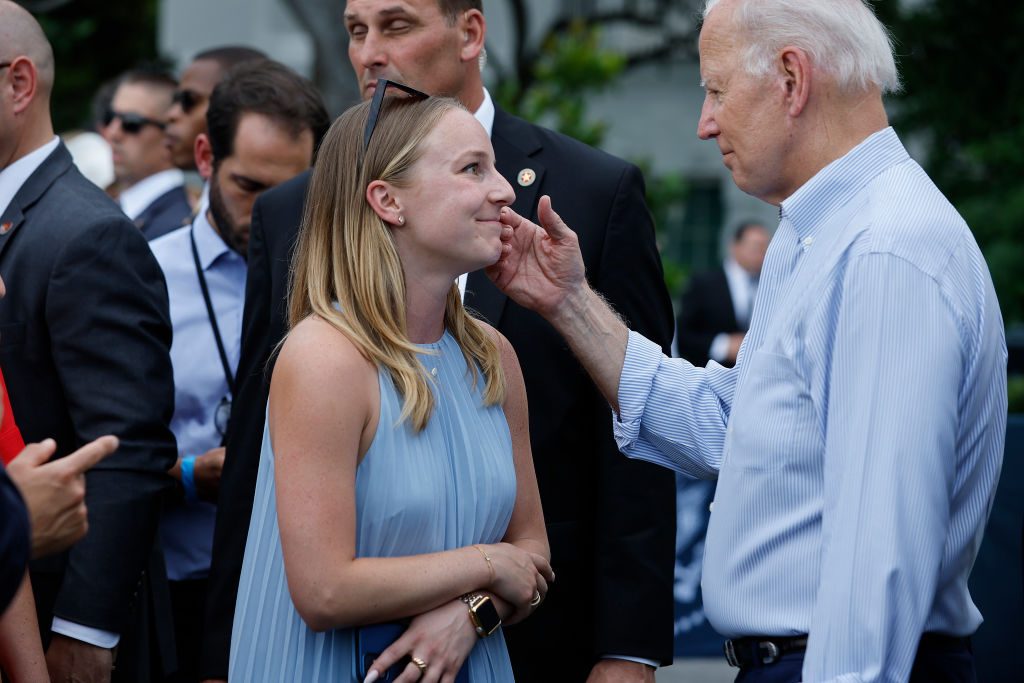 U.S. President Joe Biden strokes the cheek of Maeve Healy, chief of staff to Rep. Grace Meng (D-NY), while greeting guests during the Congressional Picnic on the South Lawn of the White House on July 12, 2022 in Washington, DC. (Chip Somodevilla/Getty Images)

Biden’s 92 percent number he cited was the number of Democrats who would support him if it was a matchup versus former President Donald Trump, not whether they wanted him to run for reelection.