11.2 percent of the respondents said they were opting for someone else, and 11.2 percent were undecided. However, the poll found that, of the undecided, 54.1 percent strongly disapproved of President Joe Biden, and only 4.1 percent approved. 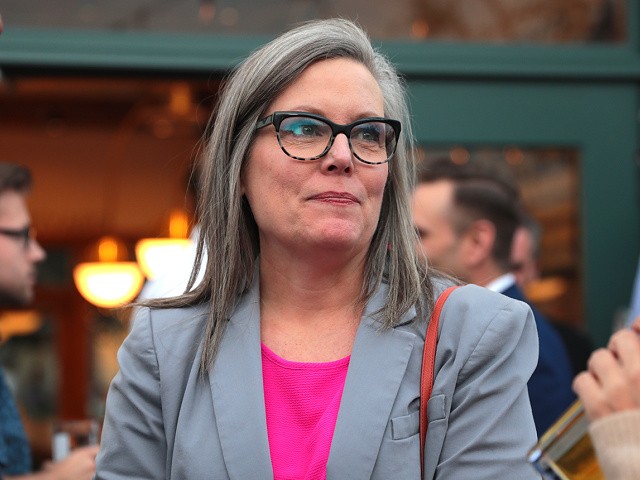 The CD Media Big Data poll was conducted from July 16 to 18, interviewing 1,298 likely general election midterm voters statewide in Arizona with a 2.7 percent margin of error and a 95 percent confidence interval.

Last Friday, former President Donald Trump held a Save America Rally in Prescott, AZ, where his prepared remarks showed that he was planning to prop up Lake by saying she “will be one of the fiercest voices in the country” standing up against President Joe Biden.

Trump’s planned remarks also show that he thinks Lake — his choice for Arizona governor — “will do whatever it takes to protect the people of Arizona.”

The Arizona primary is on August 2, and both candidates will have to win their primaries in order to run against each other in November.