Democrat Rep. Hank Johnson (D-GA) called parents at school board meetings “MAGA Republicans” and compared them to those who entered the U.S. Capitol on January 6.

“January 6 2021, will never be forgotten, an infamous day in American history. MAGA Republicans descended upon the Capitol, engaged in an insurrection,” Johnson said at a House Judiciary Committee meeting on Wednesday.

“They occupied the Capitol. Five people were killed, hundreds injured, including hundreds of Capitol Hill police officers attacked and bludgeoned. It was a day that we’ll never forget.”

During the 2020-21 school year, parents across the county protested school board meetings, primarily over strict coronavirus lockdowns and critical race theory being introduced into children’s classrooms.

Johnson went on to compare parents who protested school board meetings to the Capitol rioters.

“School board members, teachers, administrators subjected to violence, threats of violence, harassment, intimidation and in response to that the National School Boards Association sent a letter to the Biden administration seeking federal help things had gotten so far out of hand,” Johnson continued. 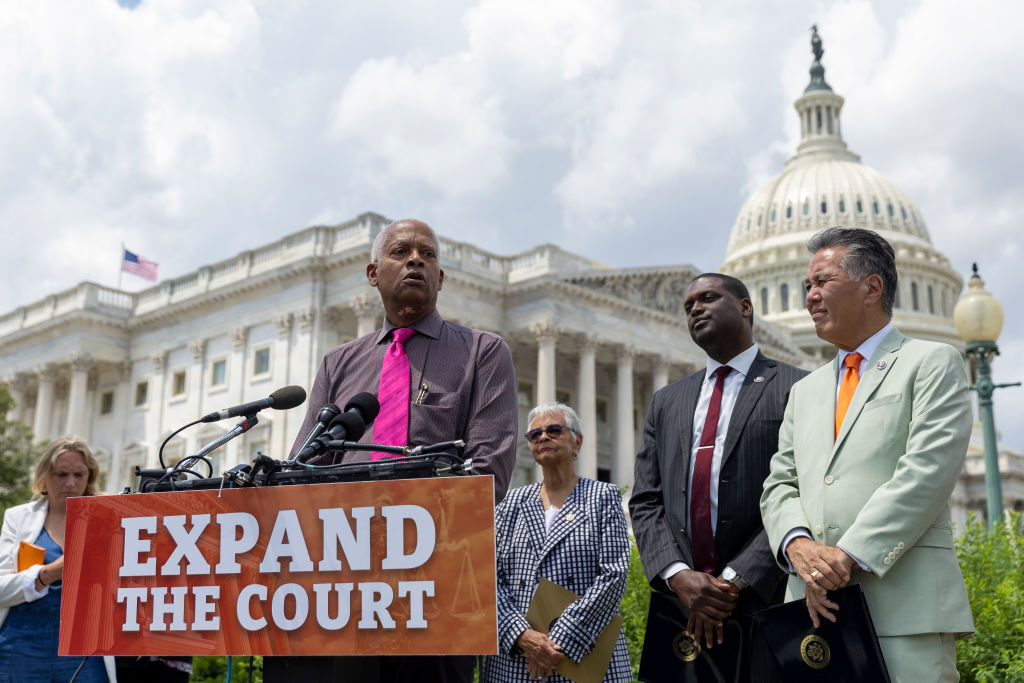 After NSBA’s letter, Attorney General Merrick Garland issued a memo to federal law enforcement that directed them to combat “threats of violence” against school administrators.

Johnson also claimed that there was no collusion between the NSBA and Biden’s administration, despite the NSBA’s admission that White House Senior Adviser Mary C. Wall “had advanced knowledge of the planned Letter and its specific contents and interacted with [then-interim CEO Chip Slaven] regarding the Letter during its drafting.”

“And by the way, there is not one scintilla of evidence, either direct or indirect that there was any coordination between the Biden administration and the National School Boards Association that caused that letter to be sent seeking federal assistance,” Johnson claimed.

Earlier in the meeting, Johnson also said, “these MAGA Republicans are hellbent on destroying our democracy.”