Biden, despite his long history of supporting trains and railway workers, signed the bill to override their threat to strike for better working conditions.

The president said it was a “tough” decision to sign the bill but that it was the “right thing to do at the moment.”

“A rail shutdown would have devastated our economy,” Biden warned.

Earlier this week, the president punted the issue to Congress and distanced himself from negotiations, even after he promoted himself as a major dealmaker in September by making a deal to postpone the strike until after the midterm elections. 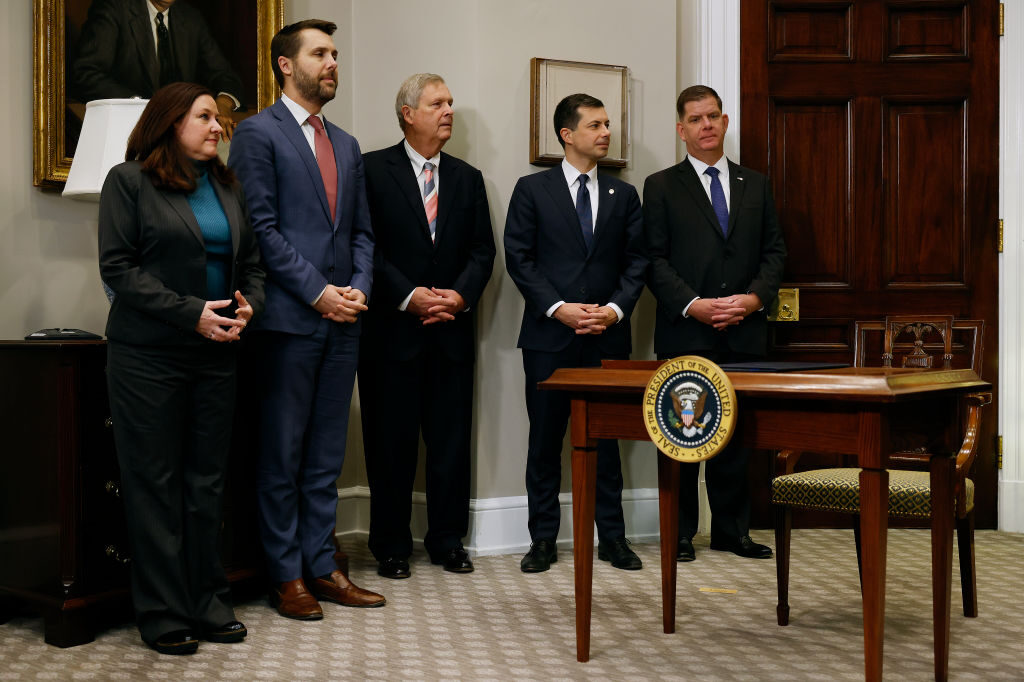 Railway workers were preparing to strike in December as their employers failed to meet their demands for more paid sick leave.

“Look I know this bill doesn’t have paid sick leave,” Biden admitted, repeating that he supported it for all American workers.

“That fight isn’t over,” he promised.

Biden also promoted his record on the economy and celebrated lower gas prices and a solid unemployment report for the month of November.

“Things are moving. We’re moving in the right direction,” he said.