During the far-left Women’s March at the nation’s capital on Sunday, pro-abortion activists swarmed a pro-life advocate and barked at him as he defended the unborn.

Young women pushing for abortion on demand began woofing like dogs when AJ Hurley, who works as activism lead for the pro-life group Live Action, pointed out that none of them had been aborted.

HAPPENING NOW: Pro-life activists CLASH with leftist at Women’s March 2023…***WARNING: This feed is LIVE and UNEDITED and may contain graphic images viewers may find disturbing. ***

Hurley said his remarks were in reference to former President Ronald Reagan’s quote: “I’ve noticed that everyone who is for abortion has already been born.”

The Women’s March has been happening since 2017, when angry feminists poured into the streets across the United States on the first full day of Donald Trump’s presidency. Hundreds of thousands of people reportedly attended the protest in Washington, DC, though Hurley said the Women’s March turnout in the nation’s capital this year was a shred of what it has been.

“Yeah, Women’s March was unbelievably small. There were a total of maybe 500 people there,” he estimated. “We can get these kind of numbers on a few days’ notice.”

Hurley said the smaller turnout shows that “the tide is shifting.”

“People know what’s in the womb is human life. They can see with their own eyes the victims of their ideology. Abortion is murder, and we’re not going back,” he said. 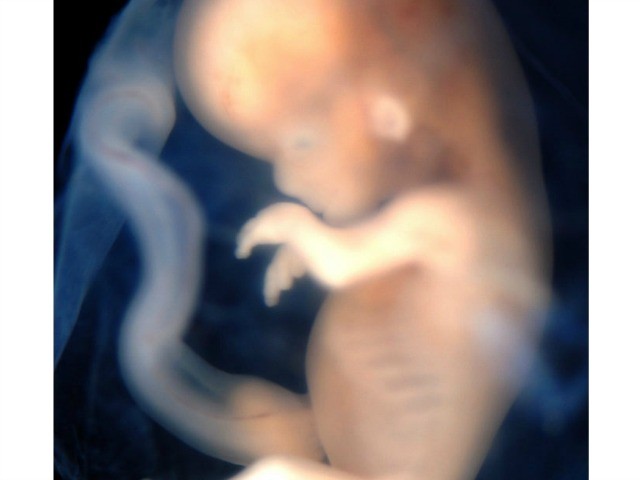 A 3D ultrasound showing a baby inside the womb. (Fotopress/Getty Images)