Breitbart Senior Editor MILO spoke alongside Lucian Wintrich, a conservative artist and photographer, at “Daddy Will Save Us,” a pro-Trump art show in New York City, ahead of his own performance art piece.

Before Milo began his speech, Lucian Wintrich introduced Milo and his art piece, calling it “The most insightful piece since the work of Theo Van Gogh.”

(MILO’s piece is a work of performance art, in which the Breitbart senior editor will submerge himself in a bathtub of pig’s blood, representing the “blood of innocents” spilled by lax policing and globalist immigration policies). 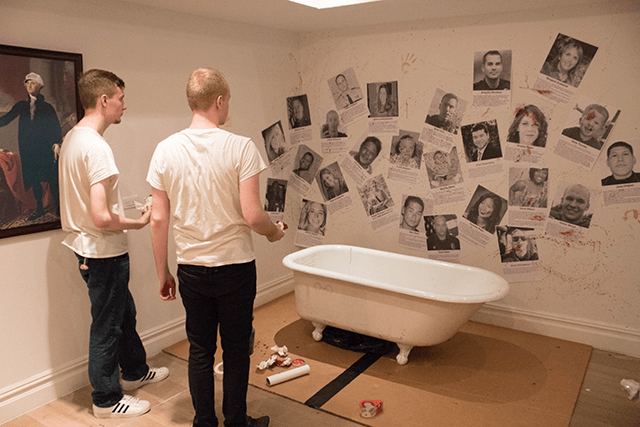 “They are simply ordinary opinions that millions of people hold. There is a problem when perfectly respectable, reasonable, mainstream opinions become prescribed by the media. What I’m about to do is draw attention to something they don’t really want to speak about very often, they don’t want to talk about this often. I’m a gay man who flew down to Orlando after an Islamic lunatic murdered fifty people and injured another fifty, after seeing what has happened in Britain and Europe, as a warning from the continent, I don’t want you to go the same way.”

“I don’t want America to become like Germany. With accident and emergency departments where doctors are being spat on because they’re female. And doctors are being stabbed because fail to save the lives of male children. I don’t want America to become that because we rely on you guys, we love you, we trust you and we rely on you, without a strong America we’re left with China and Russia so coming from Europe, having seen what the sort of weak, globalist politics does for people.”

“Having seen what left wing establishment politics accomplishes when it is allowed to run riot, I want to come to you here in America to tell you that there is a different way, there’s a better way and it is cleaving to the principles on which this country was founded. It is remembering that freedom, freedom of speech, freedom of expression, capitalism, property rights, these are the things that make America the best country in the history of human civilization.” 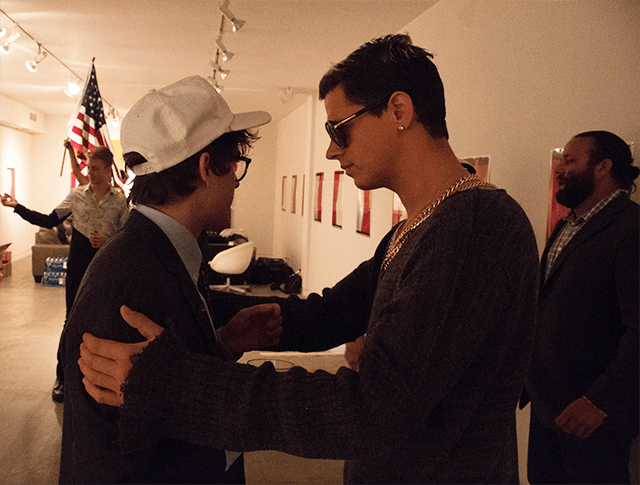 “America is the kindest country to minorities, it treats women, blacks, gays, trannies, whatever minority you choose to identify with, it treats them the best out of any country anywhere in the world and when the left looks at this country it sees a history of oppression, bigotry and constructs a variety of conspiracy theories as to why they’re still f**king unhappy. When I look at America coming from Europe, which is a relatively enlightened continent, I see country which has taken the best of humanity, freedom of expression, property rights, all of the things that allowed people to flourish and its created a country out of those ideas. This is not a country not created out of ethnicity or geography, this is a country created according to reason and ideals and those ideals are the best basis that anybody has yet come up with, with which to found a country.”

The event can be watched in full at the livestream below.