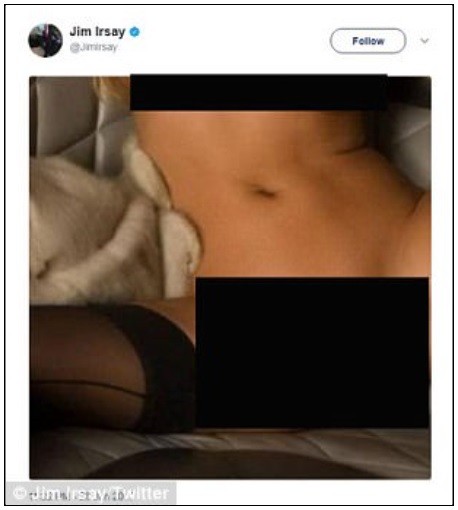 The tweet was deleted about an hour after it was released, the Daily Mail said.

After the deletion, a blank tweet addressed to multiple local Indianapolis reporters, news stations and the Indiana Pacers was sent out.

Following the deletion, Irsay also issued followers a warning. “I’ve been hacked! Be careful out there,” the tweet read.

The Colts owner, who bought the team in 1997, has not released any further statement on the pornographic photo.