On Wednesday evening, James jumped to Instagram to attack the VP over the errant insect incident with a photo of Pence and the fly along with the caption, “Y’all know what flies favorite destination s right!!?? Yup you guessed it.” He then added rolling laughing face and piles of poop emojis. At the bottom of the photo he then added “FOH,” meaning “get the f**k outta here.”

Even LeBron James chimed in on the fly on Mike Pence’s head Ὀ pic.twitter.com/fmOx0aYj3U

The L.A. Lakers star posted the attack on his Instagram Story page.

James was not alone, though.

Jemele Hill also went for the low IQ joke saying that a fly landing on the VP’s head “makes sense” because “flies are attracted to shit.”

I know y’all see that fly on Mike Pence’s head. Makes sense since flies are attracted to shit.

Though, Hill and James didn’t have these jokes when a fly landed on Obama’s face years ago. 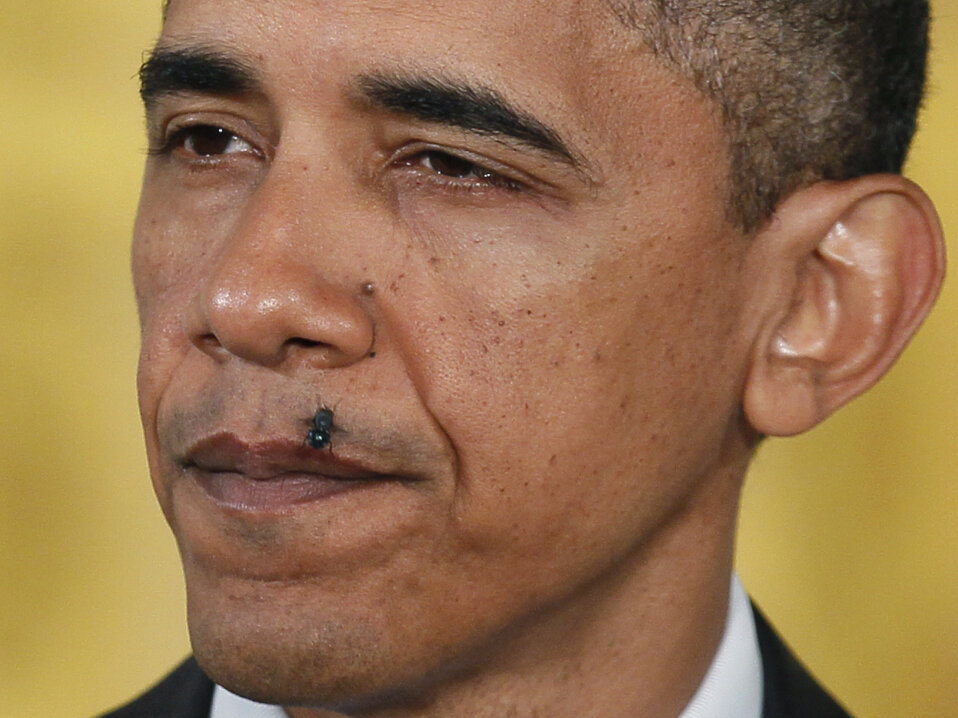 A number of other members of the NBA also commented on the fly during the debate:

Forever more this debate will be known as “The Fly Debate “. I feel bad for Pence

That fly was big chilling 😂😂😂
I know I’m not trippin