The state of Louisiana has now officially banned biological males from competing in women’s sports.

The Fairness in Women’s Sports Act passed the Republican-led state legislature and became law after Democrat Gov. John Bel Edwards agreed to neither approve nor veto the bill. 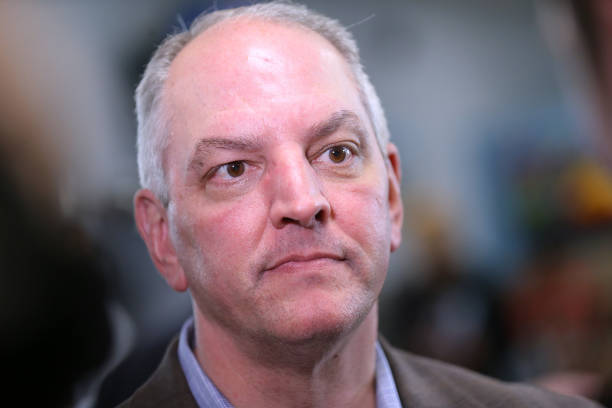 LGBTQ advocates naturally denounced the law as being transphobic.

“SB 44 is a direct attack on transgender youth that are trying their best to just be kids, and fit in with and play alongside their peers,” said the Human Rights Campaign (HRC)

“Trans kids, like all kids across the country, have said themselves that they play sports for the same reasons all kids do: to be part of a team, to learn discipline, and above all, to have fun with their friends,” it continued.

A majority of Americans overwhelmingly oppose transgender surgery for kids and puberty blockers for minors, a recent poll showed. Conducted by OnMessage Inc. for the American Principles Project (APP) the poll probed six Senate battleground states – Georgia, Arizona, Wisconsin, Pennsylvania, Nevada, and New Hampshire – and discovered that transgender radicalism is anything but a winning issue for Democrats.

Asking respondents whether they would support puberty blockers, hormone treatment, or sex-change surgeries on minors, over 56 percent of respondents said yes while 34 percent said no.

“A little over a third of those respondents identified as Democrats, while 37% identified as Republicans, and just under a quarter identified themselves as Independents, according to the survey by the American Principles Project Foundation,” Fox News said of the poll.

“In another question, respondents were asked whether they supported or were against children being pushed into a sex change. Around 63% of respondents agreed that children were too young for the decision,” the outlet added. “Around 22% of respondents believed that opposition to gender transitioning was transphobic.”

Recently, transgender golfer Mianne Bagger, a man living as a woman who made history by competing in the Women’s Australian Open after transitioning in 1995, recently said it’s “utter rubbish” that “male-bodied” transgender athletes are being allowed to compete alongside women in professional sports.