The head of a top Qatari government agency admitted this week to “between 400 and 500” worker deaths during the construction of facilities for the FIFA World Cup — a much larger figure than the 40 the Islamist regime had admitted to in the past.

The FIFA World Cup, considered the most prestigious soccer tournament on the planet, is currently underway in the tiny Gulf nation. Qatar defeated the United States to win hosting privileges in a 2010 runoff race that the U.S. Department of Justice claimed in 2020 was marred by bribery. FIFA has faced decades of accusations of bribery and assorted acts of corruption. The Department of Justice also claimed that Russia, host of the 2018 World Cup, offered FIFA executives money to host.

The Qatar hosting bid prompted international alarm for a variety of reasons, from its inhospitable desert climate to its lack of amenities to its atrocious human rights record. Qatari officials addressed the first concern by moving the tournament out of the summer to November and the second by enlisting thousands of impoverished migrant workers to build new, state-of-the-art stadiums, hotels, and other facilities.

Doha addressed the third by accusing human rights activists of racism against Arabs, a line of attack FIFA has followed.

Qatar’s migrant worker system has triggered global concern and condemnation since FIFA announced that the nation would host its top tournament. Under the now-defunct kafala system, construction companies and other companies essentially controlled a migrant worker’s passport, holding them hostage in Qatar and requiring employer permission to find a new employer or leave the country. If a company failed to pay the workers’ wages or forced them to endure hazardous workplace conditions, workers had little to no legal recourse or way of going home.

Qatar formally dismantled kafala, imposed a legal minimum wage, and claims it has made progress on labor rights, but many migrant workers say the changes are superficial and migrants trapped in the country had been organizing protests against the regime as recently as this October. 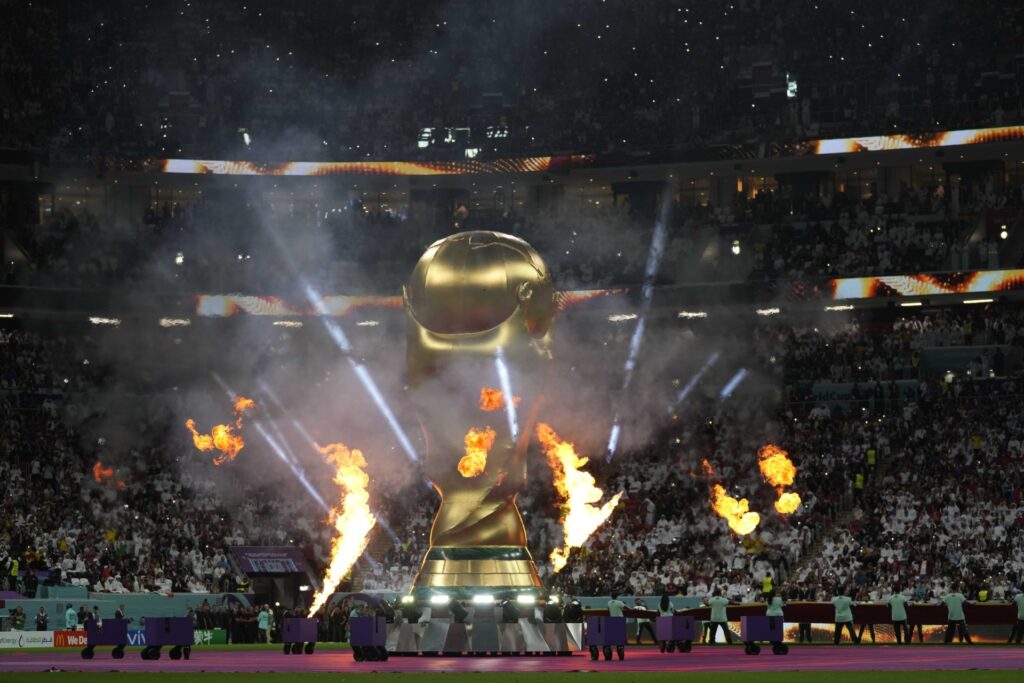 A giant inflatable copy of the trophy is displayed prior to the start of the World Cup group A soccer match between Qatar and Ecuador at the Al Bayt Stadium in Al Khor, Qatar, Sunday, Nov. 20, 2022. (AP Photo/Darko Bandic)

Speaking to British entertainment personality Piers Morgan, the head of the Qatari Supreme Committee for Delivery and Legacy, tasked with running the tournament, admitted that hundreds of workers died building or remodeling facilities to make the World Cup possible. The admission comes over a week into the tournament, after $200 billion was spent on infrastructure for the tournament and at a time when it would be impossible for FIFA to abruptly revoke hosting duties.

“The estimate is around 400, between 400 and 500,” the official, Hassan al-Thawadi, said when asked directly about worker deaths. “I don’t have the exact number. That’s something that’s been discussed.”

Al-Thawadi claimed that, to the government of Qatar, “one death is a death too many.”

The French newspaper Le Monde, alongside the Associated Press, noted that Doha had previously admitted only to 40 deaths tied to World Cup facilities between 2014 and 2021 — and documented them in ways that exonerated employers, citing heart attacks and Chinese coronavirus among the causes. Of the 40 deaths, Qatar listed 37 of them as unrelated to work.

Al-Thawadi’s is the second interview this month in which a Qatari official offered embarrassing remarks for the country. In early November, Qatar World Cup ambassador Khalid Salman responded to the controversy surrounding the nation’s repression of suspected LGBT people by suggesting that homosexuality is caused by brain damage, which prompted handlers to abruptly end the interview.

“I am not a strict Muslim, but why is it haram? Because it is damage in the mind,” Salman told the German broadcaster ZDF before handlers frantically began waving their arms and shutting down the interview.

The Qatari official’s estimated death toll is significantly smaller than others compiled by journalists and human rights groups. Last year, the British newspaper the Guardian published an estimate based on publicly available Qatari government data that as many as 6,500 workers from South Asia had died in the decade following FIFA awarding hosting rights to the country. 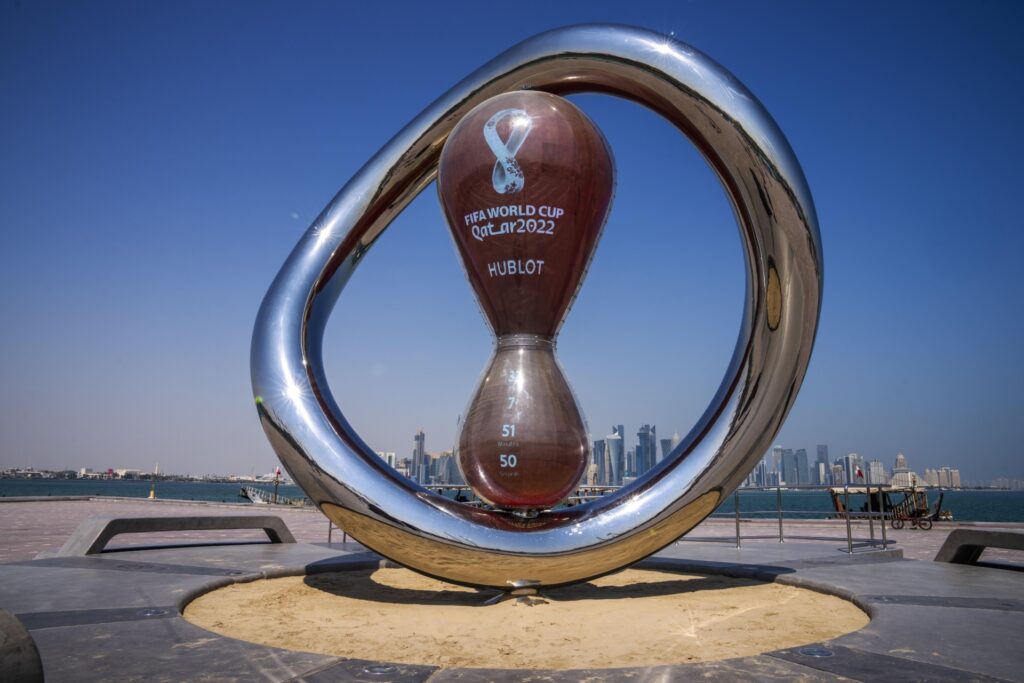 “The findings, compiled from government sources, mean an average of 12 migrant workers from these five south Asian nations have died each week since the night in December 2010 when the streets of Doha were filled with ecstatic crowds celebrating Qatar’s victory,” the newspaper observed at the time.

The change in attitude this week from Qatari officials is of particular note given the defensive attitudes regime officials — in particular, Emir Sheikh Tamim bin Hamad al-Thani — have adopted previously.

“Since we won the honor of hosting the World Cup, Qatar has been subjected to an unprecedented campaign that no host country has ever faced,” Sheikh Tamim complained last month.