The Department of Defense is planning to spend $7.4 million on a troop mission at the United States-Mexico border that includes feeding and caring for migrants and border crossers, the agency announced Monday afternoon. 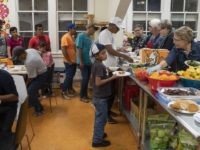 ‘Nobody Is Declaring Mission Accomplished’: State Says U.S. to Remain in Syria Indefinitely

The U.S. military will remain in Syria for the foreseeable future, even after the American-led coalition completely vanquishes the Islamic State’s (ISIS/ISIL) physical caliphate, a top Department of State (DOS) official told reporters Tuesday, refusing to provide a specific timeline for when American troops will leave the region. 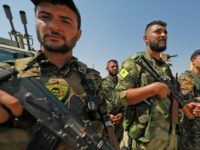 The U.S.-led coalition and its Kurdish Syrian Democratic Forces (SDF) allies repelled an attack by troops loyal to the Russian and Iranian-backed regime of Bashar al-Assad, killing more than 100 of the Syrian government fighters in Deir ez-Zor province. 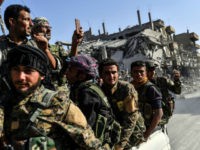 Turkey Warns: ‘We Will Take Our Own Measures’ Against U.S.-Allied Syrian Kurds

Turkey vows to take action against a United States-supported plan to establish a Kurdish-majority force of 30,000 troops in Syria “regardless of who backs them,” cautioned Turkish Foreign Minister Mevlut Cavusoglu. 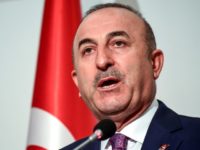 Turkish President Recep Tayyip Erdogan vowed on Monday to annihilate a 30,000-strong Kurdish-majority force in Syria that has the backing of the United States. 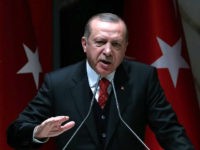 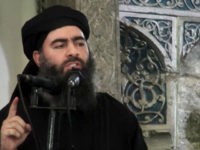 The Baghdad-sanctioned umbrella organization of mostly Iran-allied Shiite militias known as the Popular Mobilization Forces (PMF) “deserve a share of the credit for their sacrifices” during the successful operation to retake Mosul from the Islamic State (ISIS/ISIL), indicated the U.S. commander leading the coalition fight in Iraq and Syria. 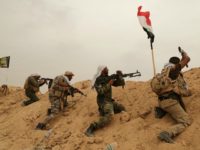 U.S. Military Spokesman on Fall of Mosul: ‘Not Going to Put a Timeline on That’

The spokesman for American operations against the Islamic State (ISIS/ISIL) in Iraq and Syria declined to predict when the U.S.-backed local troops would retake Mosul, suggesting the final battle to liberate the Iraqi city may be long. The evacuation of more than 3,000 Syrians that was scheduled to take place Sunday from four areas as part of a population transfer has been postponed, opposition activists said, a day after a deadly blast that killed more than 120 people, many of them government supporters. 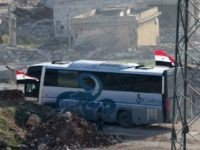 The crowded Syrian skies are an accident waiting to happen between U.S. and Russian warplanes, The Wall Street Journal (WSJ) has learned from American pilots. 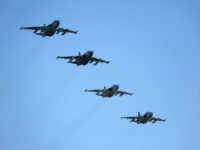 Russian military officials on Tuesday slammed US-led coalition action against Islamic State jihadists in Syria as having had “less than zero” impact, and claimed that a US air strike killed 20 Syrian civilians this month. 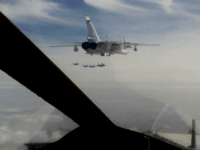 An alleged lack of allied support for Turkey’s offensive in the Middle East has reportedly prompted officials in Ankara to reconsider American use of Incirlik Air Base for their bombing campaign against the Islamic State (ISIS/ISIL). 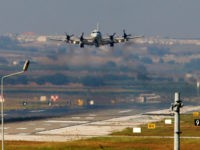 Pentagon Confirms Americans Are in Mosul as Number of U.S. Advisers in Iraq Doubles

The number of U.S.-led coalition advisers in Iraq has nearly doubled in size to 450, a move that reflects the intensified offensive to retake Mosul, the last major Islamic State (ISIS/ISIS) stronghold in the country. 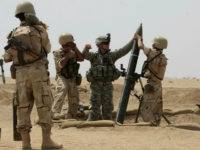 Pentagon: U.S. Provided ‘Visible Show of Force’ in Support of Turkey in Syria

Turkey, a member of the international coalition against the Islamic State, requested air support when its air force came under fire, but the U.S.-led alliance did not carry out strikes and provided a “visible show of force” instead, according to the Pentagon. 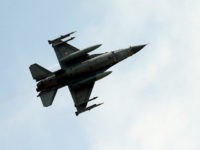 U.S.-led coalition forces in Iraq have provided weapons and training to hundreds of Shiite militias known for being affiliated with Iran, including some the U.S. has designated terrorists, the Los Angeles Times has learned. 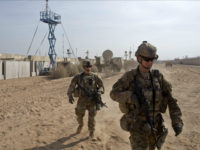 U.S. Commander: Palmyra Is Russia’s, ‘Up to Them’ to Defeat Islamic State There

The American commander of the U.S.-led coalition against the Islamic State (ISIS/ISIL) in Iraq and Syria told reporters that losing the ancient Syrian city of Palmyra to the terrorist group “is probably an embarrassment” to the Russians, and it is up to them to take it back, noting that the city is “theirs” to defend. 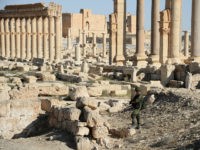 The U.S.-led air campaign’s primary focus on the Islamic State (ISIS/ISIL) in the Middle East has helped a former al-Qaeda affiliate in Syria gain strength, U.S. military officials and other analysts have acknowledged. 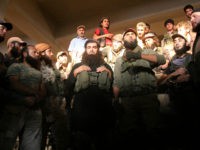 The Islamic State (ISIS/ISIL), in a new propaganda message, is urging supporters to carry out violent attacks against civilian and military targets within the United States and Europe during the Muslim holy month of Ramadan, which begins in early June. 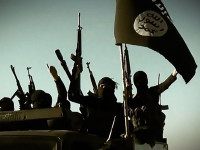 A shocking new propaganda video purportedly shows teenage boys grinning with delight as they prepare to execute five innocent men accused of being spies in the Iraqi city of Nineveh after the Islamic State (ISIS/ISIL) called for volunteers to kill “apostates.” 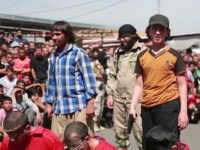 Iraqi Army Struggles to Close In on Mosul as U.S. Marines Take on Expanded Role

The Iraqi army is struggling in its efforts to retake Mosul in northern Iraq from the Islamic State (ISIS/ISIL), revealed Reuters on Friday, the second day of an offensive described as the beginning of a broader campaign.

Kurdish fighters from the U.S.-backed People’s Protection Units (YPG) have reportedly repelled an Islamic State (ISIS/ISIL) offensive on the Syrian town of Tal Abyad, which sits close to the Turkish border in Raqqa province. 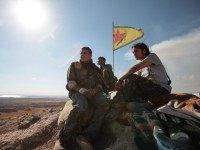 Clashes between Taliban militants and loyalists of the Islamic State (ISIS/ISIL) in Paktika province, Afghanistan, have left several people dead. 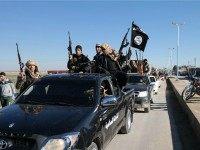 U.S. Envoy: Islamic State in Libya ‘Greatest Cause for Concern’

WASHINGTON, D.C. — The Islamic State (ISIS/ISIL) branch in war-torn Libya is “the greatest cause for concern,” President Obama’s envoy to the anti-ISIS coalition told lawmakers. 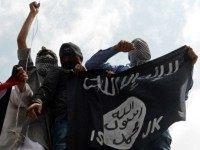 UAE Ready to Send Ground Troops to Syria, but Only with ‘American Leadership’

Emirati Minister of State for Foreign Affairs Anwar Gargash announced that the United Arab Emirates (UAE) is willing to deploy ground troops to Syria to combat the Islamic State (ISIS/ISIL), as part of the U.S.-led coalition. 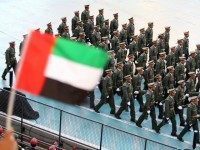 WASHINGTON, D.C. — A spokesperson for the U.S.-led coalition against the Islamic State (ISIS/ISIL) told reporters that he did not dispute a news report saying that the real number of American troops serving on the ground in Iraq is about 800 over the 3,650 figure often cited by Obama administration officials. 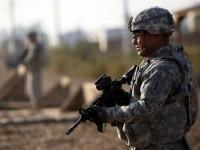 The Islamic State (ISIS/ISIL) has established “war spoils” departments that dictate how the jihadist group is to handle matters such as slaves and pillaged natural resources, showing signs of a government apparatus that allows it to manage the large swaths of territory it controls in Syria, Iraq, and elsewhere, according to seized documents reviewed by Reuters. 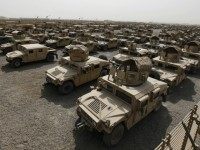 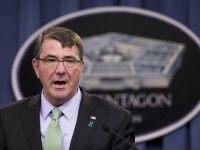 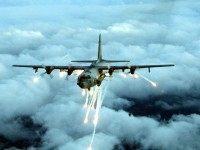 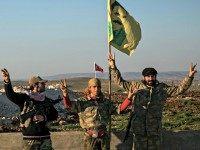 Sanafi al-Nasr, al-Qaeda’s chief financial officer and highest-ranking leader of the Khorasan Group, a terrorist organization intent on attacking America and its allies in the West, was killed in a U.S.-led coalition airstrike in Syria, the Pentagon has announced. 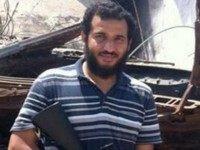