Before I get too far into reviews where I’m “fanboy compromised,” I like to disclose that fact — I enjoyed 1995’s Descent a lot. So when I saw that Sigtrap Games had released a rogue-like Descent-like mine shooter titled Sublevel Zero, I put on my helmet, strapped into the cockpit, and dove in. I was not disappointed.

In Sublevel Zero you play a lone gunship pilot in a universe where reality is falling apart. You descend into a facility level by level killing enemies and looting their nanites (the game’s currency), gear, and weapons while salvaging parts and finding data logs. Flying down pixellated tunnels, into caves, and through reactors, you spar with enemies in zero G, switching between weapons and trying not to be shot. Along the way you’ll craft, find clues about the universe in data logs, and spend quite a lot of time flying backwards while shooting at robots. Then you’ll die, start a new run, and do it all over again.

The game is fun but takes some time to get the hang of if you’re not used to being able to move in six directions. Everyone who played Descent in the 90s remembers that feeling of their brain flipping when it first tries to figure out six degrees of motion, and it’s still here — thankfully you can’t crash your ship in Sublevel Zero (though you can ram enemies), or I’d have died a lot in my first five minutes.

Even if you’re used to games with flying, the ability to move in every direction can be confusing, but since it’s a rogue-like game (procedurally generated levels where dying is expected and encouraged), you should dive right in like a drunken Han Solo. Boldness is important in the strategy of Sublevel Zero — most fights are ambushes or accidental encounters, so when you see an enemy, or they see you, you want to attack them aggressively or retreat while still firing. 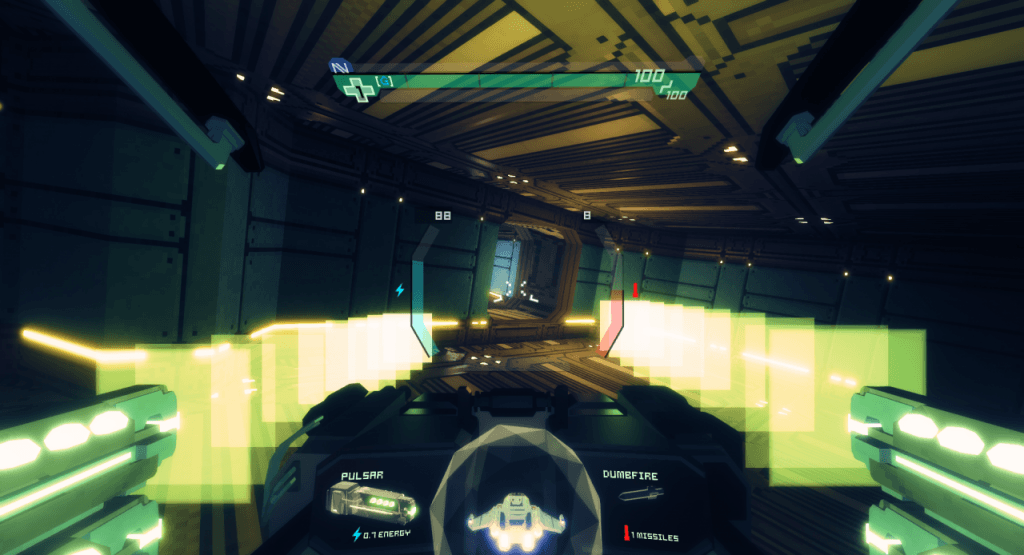 The game requires thoughtful ammunition management, especially of missiles, grenades, and the like — but it’s not brutal. I may not have always had ammunition for the weapon I wanted to fire, but I always had ammo for something. The game also allows energy weapons like lasers to run on the ship’s power as a backup. There are repair kits that restore a fourth of your ship’s health over time, but they are less plentiful than the ammo — it’s better to overshoot than take unnecessary damage in Sublevel Zero.

There isn’t a huge variety of enemies in Sublevel Zero, but I didn’t feel the game was lacking because of that — it’s the chemistry of how enemies and the claustrophobic environments come together that makes the gameplay experience what it is. There’s also not a ton of loot, though crafting helps, so I hope the devs stick with this one and update it with a few new toys. But the weapons included are pretty diverse and loads of fun to shoot spheres with. Spoiler alert: you’re going to be shooting a lot of spheres.

The graphics are purposefully retro, with chunky models and pixelated textures, but the frame rate remains silky smooth and the controls are tight. The best way I can describe it is this — you know how disappointed you get when you pick up a really old game you loved, but the aging engine makes it hard to love quite the same way? All the flaws pop out, the graphics don’t look the way you remember them, and you can’t imagine being able to manage this control scheme in 2015? Imagine if instead the rose colored glasses stayed on; that’s how Sublevel Zero takes you back in time. The color palate is vibrant, and the areas the procedural engine chooses are varied enough that you do feel like you’re exploring a slightly different facility every time. It does repeat, especially if you get a bit obsessed and keep replaying it, but I never felt like I was playing the exact same map. 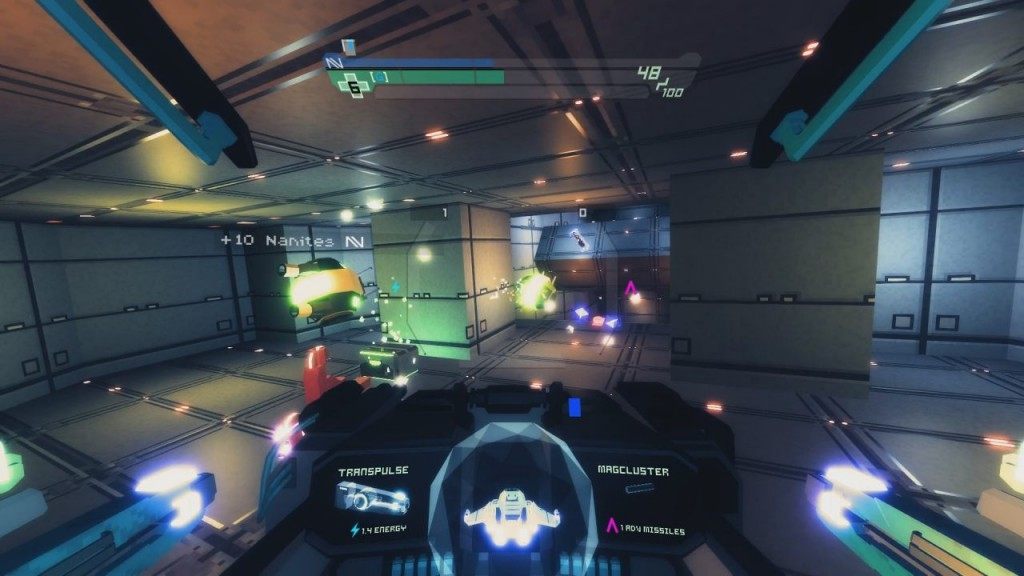 Speaking of maps, pressing the Tab key brings up your map. You’ll probably get just slightly lost if you’re not accustomed to movement with six degrees of freedom, but the maps aren’t too large, so you’ll only need to rely on the map in the rare occasion that a door is hiding from you. I will say if you get motion sick you might not be able to play this game — you can do some pretty sick barrel rolls through twisting tunnels, but I’m pretty sure watching over my shoulder almost made my wife yak. In fact, the immersion is pretty good in general for a game purposefully designed to look “old” — the framerate and controls are smooth enough that you fall into the game, and the tight corridors make fighting some fairly dumb enemies pretty harrowing. Your enemies aren’t that good at their job of obliterating you, but you don’t have anywhere to run.

It’s a rogue-like, so additional runs unlock things like ships and weapons. The deeper you go, the better the crafting gets. I felt the reward-to-run ratio to be a bit on the low side, but I’m still playing the game for pleasure (and because I’m a rogue-like completionist), so I’m not too worried. Just know that if you don’t like spending a lot of time in your indie games to “complete” them, you may be expected to put a bit of work in here. But the work is enjoyable, and it’s accompanied by music that never outstayed it’s welcome. The music is a lot like the graphics really — retro inspired but with a modern twist, and it fits the game just right.

If you’re a Descent fanboy, love rogue-likes as much as I do, or just enjoy shooting spheres while flying backward and yelling obscenities, you’re going to have a good time here. Sublevel Zero is a great indie, especially for the price, and definitely a buy.