Moderators of the popular Donald Trump supporting Reddit community known as /r/The_Donald are reporting that Reddit admins have requested that they delete any threads relating to censorship in the site’s main politics community, /r/Politics.

The_Donald moderators posted this screenshot of their conversation with Reddit administrator /u/Sodypop. 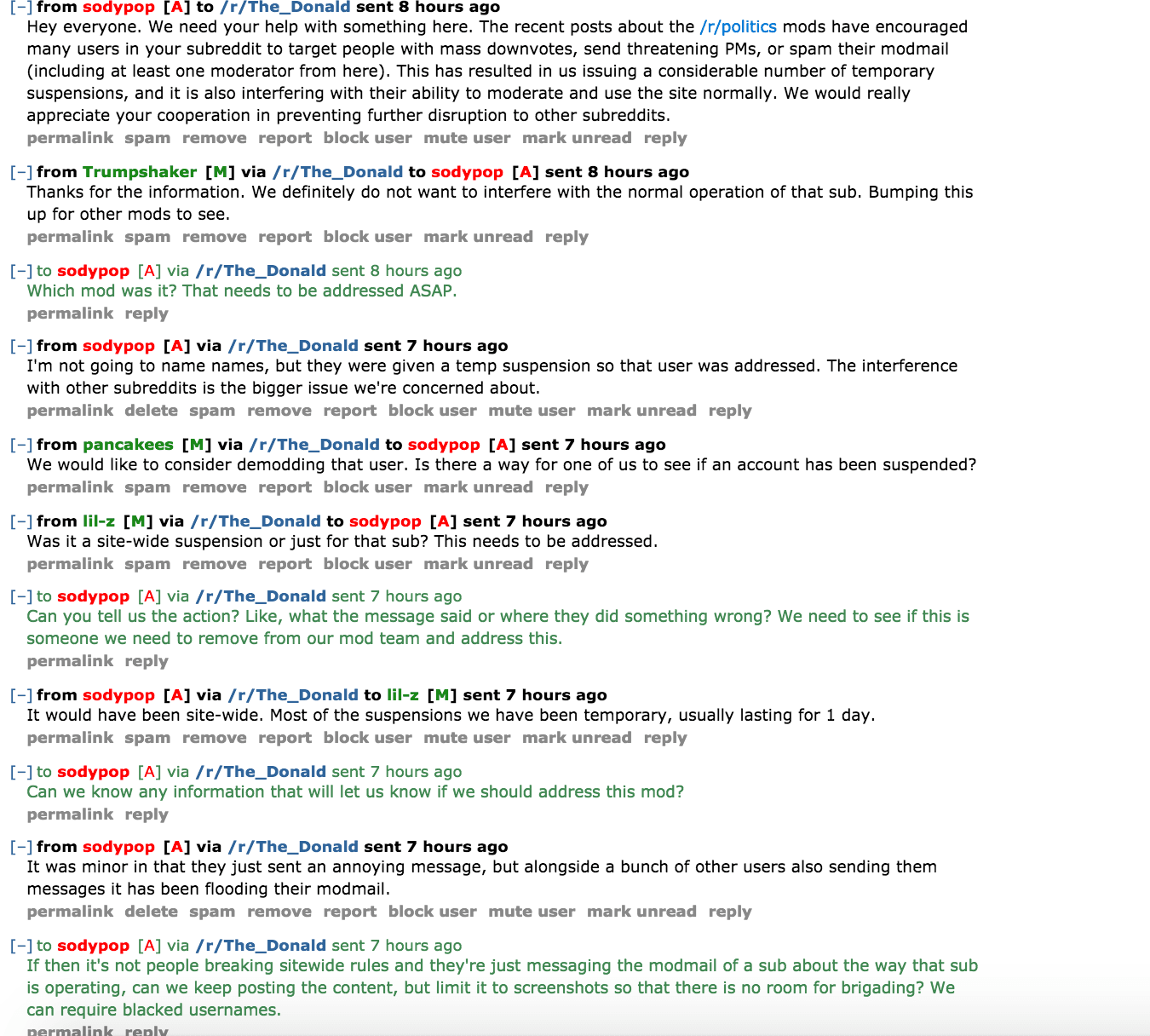 This is far from the first time that censorship has occurred on Reddit, many readers will remember the debacle that was the deletion of a subreddit named /r/FatPeopleHate (Breitbart has previously covered this) but this seems to be just another example of liberal tech companies attempting to silence conservative opinions. 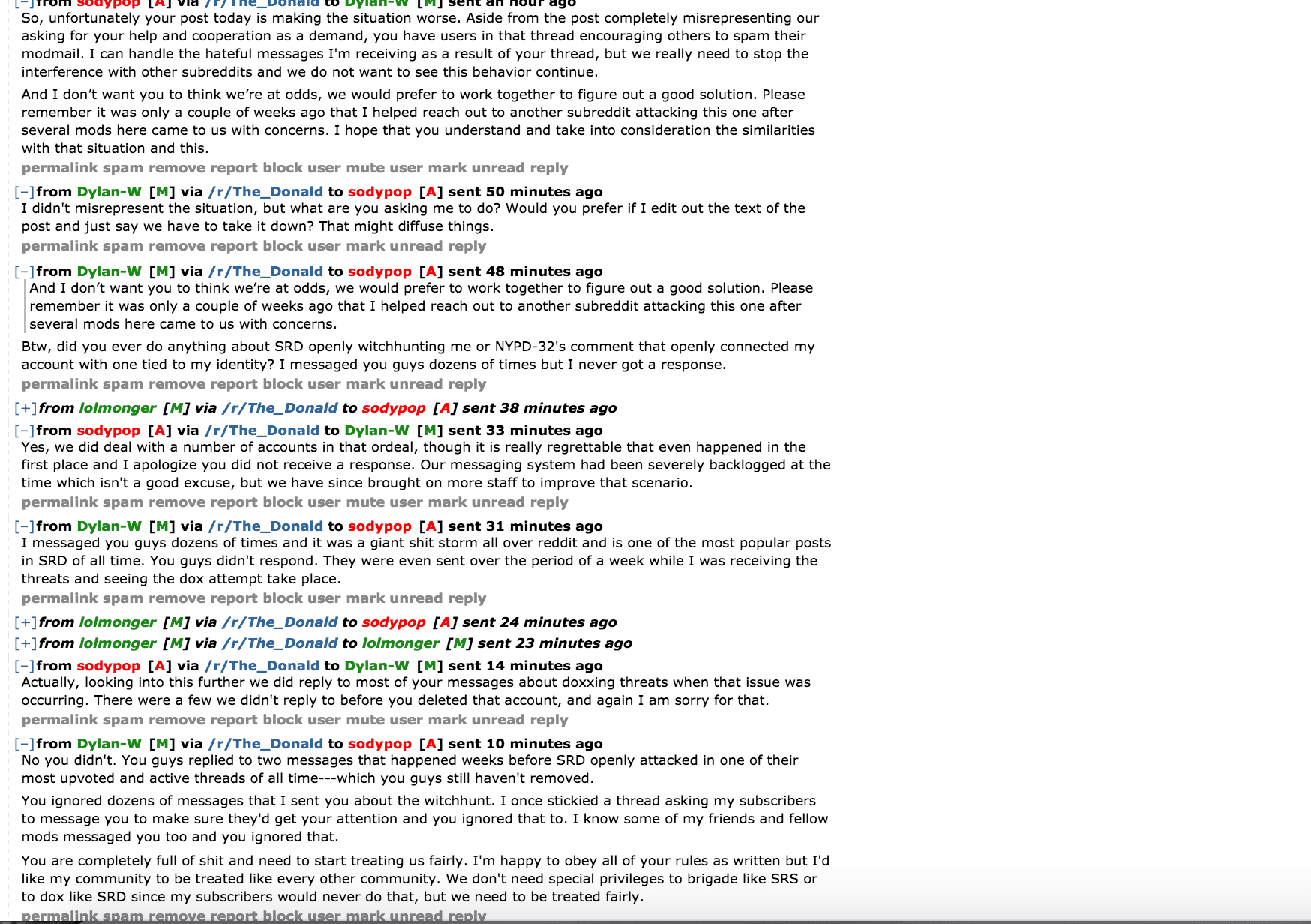 The_Donald has always been a subreddit that has caused quite a large amount of controversy – with Breitbarts own Milo Yiannopoulos listed as one of their moderators, it’s no surprise – but as a community they have been singled out in a way that other political subreddits such as /r/SandersForPresident have not. Moderators of The_Donald have called for the help of Milo Yiannopoulos, Ann Coulter and other conservative allies in battling the censorship on Reddit and bringing it to public light. 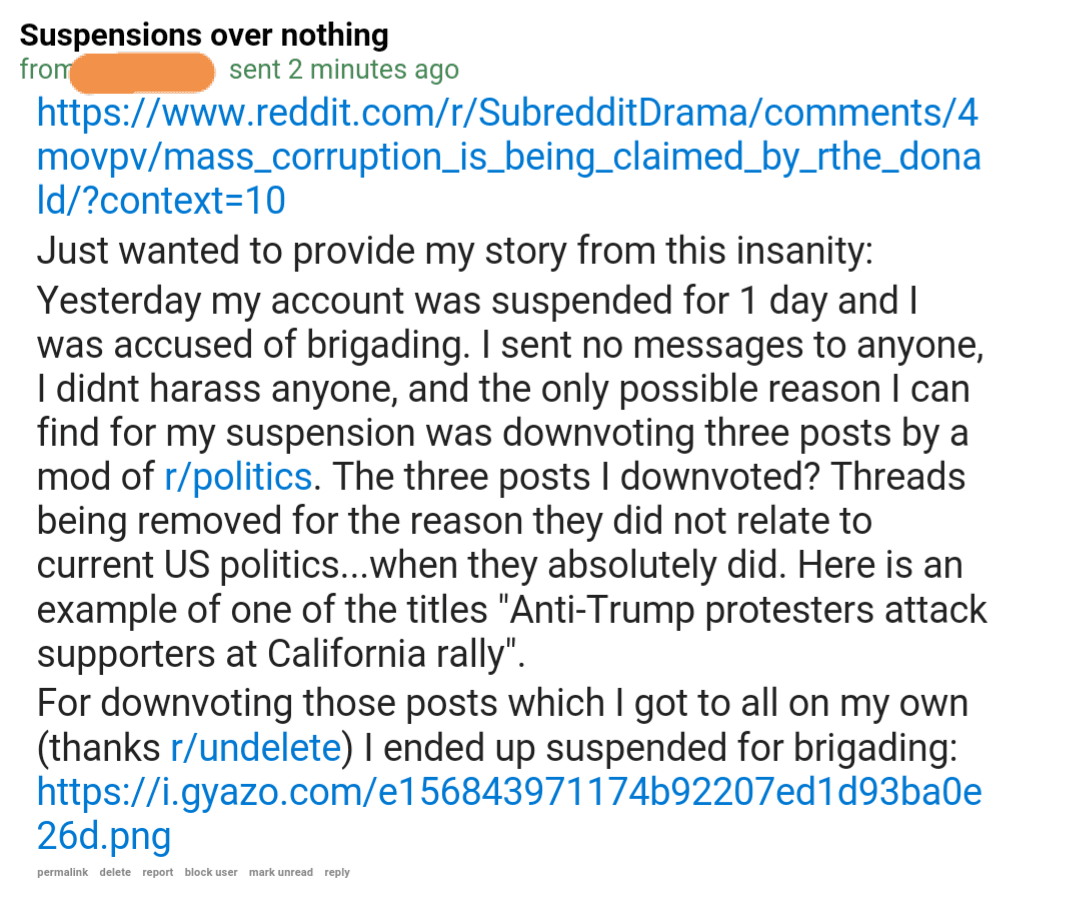 This seems to be an example of Reddit admins current hardline stance against anything they may perceive as “brigading” – the practice of a large group of users purposefully voting down a post on Reddit. However, the distinction between brigading and genuine opinion is hard to define. As a result, these brigading precautions may be used as another way to disguise the act of censoring conservatives.

A trusted source within the /r/Politics community has told Breitbart Tech that some are calling for a public statement on the issue by the Reddit admins and moderators of /r/Politics. It seems more events may be unfolding within the Reddit community in days to come.