Google claimed during a recent labor board trial that its employees have no legal right to protest the company’s choice of clients. The National Labor Relations Board (NLRB) accused the Masters of the Universe of violating federal law by firing employees who protested the company’s dealings with law enforcement.

Bloomberg reports that Google has claimed in a recent trial that its employees have no legal right to protest the company’s choice of clients. The company has denied the U.S. government’s allegations that the company’s firing of activists violated the National Labor Relations Act. 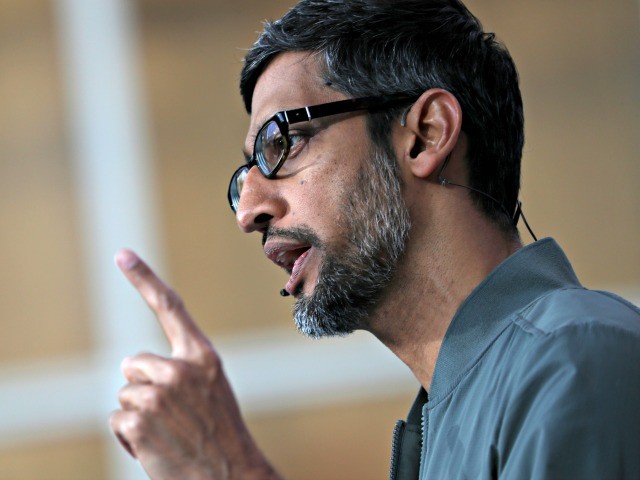 MOUNTAIN VIEW, CALIFORNIA – MAY 07: Google CEO Sundar Pichai delivers the keynote address at the 2019 Google I/O conference at Shoreline Amphitheatre on May 07, 2019 in Mountain View, California. The annual Google I/O Conference runs through May 8. (Photo by Justin Sullivan/Getty Images)

During an opening statement this week at a labor board trial, Google’s attorney Al Latham stated: “Even if Google had, for the sake of argument, terminated the employees for their protest activities — for protesting their choice of customers — this would not violate the Act.”

Prosecutors for the NLRB have accused Google of violating federal law by firing five employees for their activism. Charges related to the firing of three employees were dismissed under President Donald Trump as agency prosecutors believed that their opposition to the company working with immigration enforcement was not legally protected. However, under the Joe Biden presidency, this decision was reversed after the labor board’s general counsel was replaced. 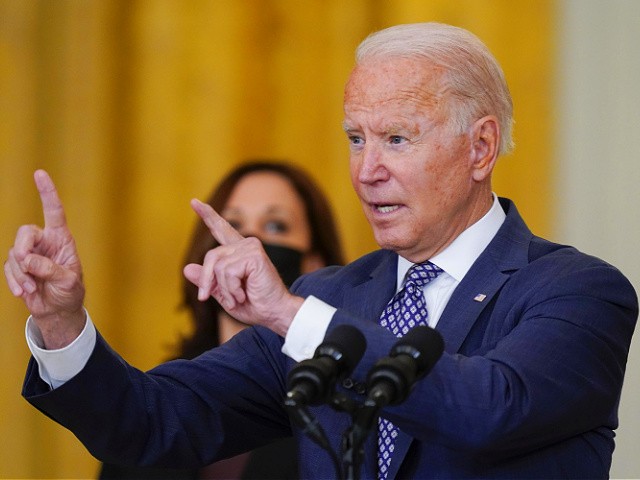 President Joe Biden answers questions from members of the media as he speaks about the evacuation of American citizens, their families, SIV applicants and vulnerable Afghans in the East Room of the White House, Friday, Aug. 20, 2021, in Washington. Vice President Kamala Harris stands at left. (AP Photo/Manuel Balce Ceneta)

Google has faced a number of protests from employees in recent years over its choice of clients, including the U.S. Customs and Border Protection Agency. The company has also faced allegations of poor treatment of contract staff, and inappropriate handling of sexual harassment claims. 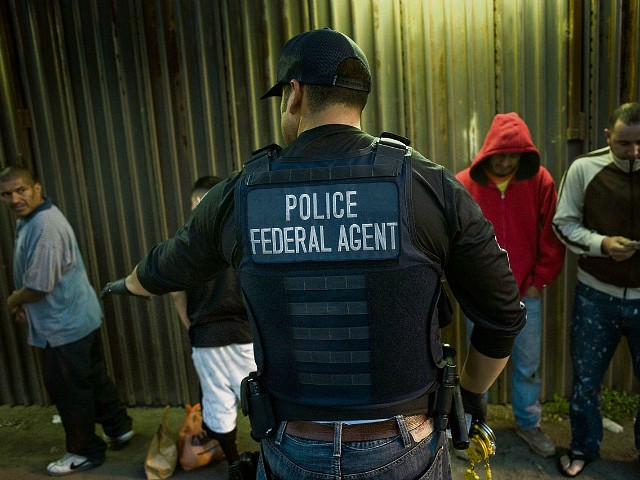 Google has denied any wrongdoing, stating that it encourages “open discussion and debate,” but fired workers in response to data security policy violations. Google’s attorney stated this week: “Google terminated these employees not because of their protest as such, but because in the pursuit of their protest, they accessed highly confidential information that they had no right to access.”