President Obama called the murder of a soldier in Little Rock by a self-proclaimed jihadist “a senseless tragedy.” The Christmas bomber, “an isolated extremist.” The Ft. Hood shooting, a “horrific outburst of violence.” Daniel Pearl’s beheading, an act which “captured the world’s imagination” (truly the most repugnant euphemism possible for such barbarism), he magically transformed from an act of Koran-mandated Jew-hatred to a “free press” issue. At every turn, the Obama administration feeds us maddening and relentless disinformation, parroted by a credulous and/or complicit press, that terrorism carried out in the name of Islam has nothing to do with Islam.

Andrew C. McCarthy begs to differ. A contributing editor at the National Review Online, McCarthy is a former New York prosecutor and author of Willful Blindness: A Memoir of the Jihad. He knows a thing or two about Muslim fundamentalism, having put away the Blind Sheikh and fellow conspirators involved in the 1993 World Trade Center bombing and a plot to destroy other New York landmarks. And his new book clarifies exactly how that Islamic threat has not only metastasized under the radar since ’93, but has partnered itself with the Left toward a common end. 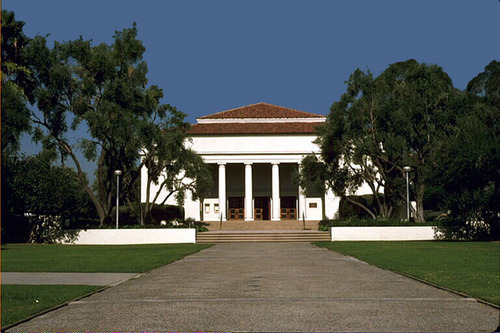 In The Grand Jihad: How Islam and the Left are Sabotaging America, McCarthy wastes no time driving home the point of his subtitle. He opens by revisiting Obama’s jaw-droppingly subservient bow before the Saudi king in England, correctly attributing the emblematic gesture to the pair’s “shared dream” of bringing about the collapse of American political, economic, and cultural values. “With their collectivist philosophy,” McCarthy writes, “transnational outlook, totalitarian demands, and revolutionary designs, Islamists are natural allies of the radical Left.”

With a brilliant prosecutor’s mind for marshalling evidence into an airtight argument, McCarthy makes the case that Islamic terrorism, while undeniably a serious problem, is a distraction from the broader, more serious threat – Islamism and what the Muslim Brotherhood’s secret manifesto calls “civilizational jihad.”

McCarthy defines Islamists as the “hundreds of millions of believers who share the terrorist goal of installing sharia societies, though they do not actively encourage brutality.” And it is our blinkered focus on terrorism that drives us into the arms of such false moderates who “ride on terrorism’s back” to accomplish the same radical ends. As McCarthy ominously notes, “The jihadist needn’t savage his targets if Islam can be advanced without a fight.”

And they are finding that it can. “Islamists,” McCarthy writes, “are taking the measure of the West and finding it to be a shallow, self-loathing husk.” Completely deluded by political correctness, multicultural indoctrination, and a suicidal insistence on denying the religious nature of our enemy’s imperatives, we turn a blind eye to the “sabotage campaign” that has already been underway here for decades.

Thus this administration, like administrations before it (a point which McCarthy does not gloss over), embraces Muslim Brotherhood front groups like the Muslim American Society (MAS), the Islamic Society of North America (ISNA), and of course, the ubiquitous Council of American-Islamic Relations (CAIR). McCarthy traces the fundamentalist ideology, Saudi-funded history, and incestuous network of these groups. Here he quotes their subversive goal, what Robert Spencer calls the stealth jihad, from a Brotherhood document unearthed during the recent Holy Land Foundation terrorism-funding trial:

McCarthy links this agenda to “the revolutionary Left” and investigates Obama’s background – not to flirt with the “Obama as Muslim Manchurian Candidate” conspiracy, but because:

[In] a time when America is targeted for destruction by a Grand Jihad, it makes a big difference whether the President of the United States was ever a Muslim, how the Islamists targeting us perceive the president, how responsive he is to such perceptions, and whether he harbors sympathy for the Islamist cause – which is… consonant with his Leftist cause to transform our country. 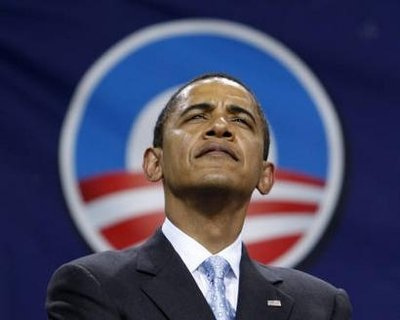 McCarthy’s conclusion is that Obama certainly seems disposed “to advance the cause of Islam in the world” and that his later development as a community organizer and involvement with groups such as ACORN “echo the intimidation and the delusional defiance of the Muslim Brotherhood’s sabotage strategy.”

Every page of the book is a rewarding read, but stylistically speaking, not always a breezy one. McCarthy is sometimes guilty of dense phrasing such as “bloodless prolixity deftly imposed from who knows where within Leviathan’s sprawl.” On the other hand, he’s also capable of a bluntness that is a refreshing antidote to the delicate verbal dance around the subject that we’re accustomed to from the administration and the media:

Arguably the best current book on the defining conflict of our time – the Clash of Civilizations – and the Left’s complicity, The Grand Jihad is a riveting narrative and a brilliant, essential summation of the nature and depth and breadth of the Islamist threat to this country.