The following is an excerpt from former CBS reporter Sharyl Attkisson’s recently released book, The Smear: How Shady Political Operatives and Fake News Control What You See, What You Think, and How You Vote:

THE BIRTH OF FAKE NEWS: THE CLINTONS AND THE NEW YORK TIMES

If you ask people to identify a coming of age for the modern-day smear, it’s amazing how many political insiders—both Democrats and Republicans—consider it to be the Clinton era. It’s impossible for any outsiders to know exactly how the Clintons became adept at engineering smears to deflect from their controversies

One of the earliest smear campaigns perpetrated by the Clintons began even before Bill announced he was running for president, when Hillary was busy devising a preemptive strike against women rumored to be involved with her husband. According to journalist Carl Bernstein in his biography A Woman in Charge, Hillary reportedly sought to get sworn statements from women Bill was rumored to have slept with. It was said that she wanted to convince the women to swear they had no relationship with him. She was correct to anticipate trouble.

In 1992, Bill was steeped in his election campaign when salacious claims began to surface from more than a half dozen women who said they’d been victims of his sleazy advances or improper sexual behavior, or that they’d carried on illicit affairs with him. Myra Belle “Sally” Miller, Miss Arkansas 1958, claimed she had an affair with Clinton in 1983 and was later threatened by a Democratic official not to go public.

“They knew that I went jogging by myself and he couldn’t guarantee what would happen to my pretty little legs,” Miller alleges the official told her. Clinton vigorously denied even having met her. The media largely ignored her claim as unreliable.

They weren’t so quick to brush off the allegations from another accuser, Gennifer Flowers. Flowers alleged she met Clinton while she was a TV reporter in Little Rock in the 1970s and carried on a twelve-year affair with him. In a palpably awkward appearance on the CBS News program 60 Minutes, Bill and Hillary denied the accusation, with Hillary proclaiming, “I’m not sitting here some little woman standing by my man like Tammy Wynette.” Flowers would later allege in a sexual harassment suit against Bill that Hillary had devised a “war room” during the 1992 campaign dedicated to smearing, defaming, and harming her and other Clinton enemies. In subsequent years, critics would come to call Hillary—who portrays herself as a committed feminist and women’s rights defender—the architect of the first real “war on women.”

Though Hillary has repeatedly denied any effort to disparage or harm her husband’s accusers, former Bill Clinton adviser Dick Morris has another view. He says he still finds Hillary’s actions repulsive all these years later. “What really turned me off was what I call secret police, when [Hillary] hired this fleet of detectives to go around examining all of the women who had been identified with [Bill] Clinton,” Morris told Breitbart News in 2014. “Not for the purpose of divorcing Clinton. Not for the purpose of getting him to stop. But for the purpose of developing blackmail material on these women to cow them into silence . . . that had a Nixonian quality that I hold against her.”

The deputy chair of Clinton’s 1992 campaign, Betsey Wright, labeled allegations against Clinton as “bimbo eruptions.” As more women emerged, the campaign against them was nicknamed the “nuts and sluts” defense, borrowing a term apparently coined years before by attorney and feminist Susan Estrich.

For Gennifer Flowers, Nuts and Sluts meant she got stamped as “trailer trash” and a “saloon singer.” Clinton surrogate James Carville coined his now-infamous slur about her: If you drag a hundred-dollar bill through a trailer park, you never know what you’ll find. But it turned out, Flowers had the goods: audio recordings proving her relationship with Clinton, and she called a news conference to make them public. Later, under oath in 1998, Clinton finally acknowledged he’d had sexual relations with her.

Women weren’t Bill’s only problem. Besides the accusations swirling about his affairs, there were questionable business dealings, which came to be known simply as “Whitewater.” They threatened to undermine his candidacy. Perhaps no one had a better understanding of Whitewater and its significance, then or now, than Pulitzer Prize–winning reporter Jeff Gerth. In fact, if there’s one journalist who most knows what it’s like to be in the crosshairs of the Clinton smear operation for the long haul, it has to Gerth. From the moment he wrote his first New York Times investigative article about the Clintons’ shady Whitewater dealings on March 8, 1992, he was a marked man.

Branded. Like Chuck Connors in the 1960s TV series. Gerth would remain a favorite whipping boy of the propagandist left for the next two decades, and then some. The Clinton smear machine has a long memory, and an even longer reach. Besides, the credibility of the smear target is directly proportional to the imperative to discredit him. Gerth’s entrée into the dark side of the Clinton universe was his original 1992 New York Times article headlined “Clintons Joined S&L Operator in an Ozark Real-Estate Venture.” It was widely acclaimed in journalism circles as an important break in the Whitewater scandal. Today it remains in many ways a definitive dissection of the Clintons’ complicated entanglements with an insolvent savings and loan, a money-losing real estate deal, and a business partner later convicted of fraud.

That’s in the real world.

In the distorted world of the smear artist, things are very different. Up becomes down and down is up. It’s Alice in Wonderland and somewhere down the rabbit hole there’s a tea-sipping Mad Hatter stirring the pot. “There was certainly a coordinated effort against me back in the 1992 campaign,” Gerth tells me, with the benefit of hindsight. “There was a whole department aimed at me and other reporters who were looking at the Clintons, the women, the Rose Law Firm.” Rose Law Firm is the Arkansas company where Hillary Clinton was a partner.

“I always knew at the New York Times it was difficult writing about Democrats,” says Gerth. Yet, he says, his two editors were supportive of his Whitewater piece. “They certainly didn’t kill it or downplay it.” In fact, they helped write the top of the story on a Friday night. It ran two days later on the front page of the Sunday paper.

“The Clinton campaign went after me the day the story was published,” recalls Gerth. The attacks were ultimately successful in keeping him from being able to publish the many follow-ups the story begged for. It even prevented Gerth from reporting on how the smear machine was targeting him personally. Gerth’s editor told him, “I don’t want you writing about [them coming after you]. Since they’re criticizing you, you have a conflict of interest.”

Gerth says that’s just what his attackers wanted. “If the target of a story need only attack the reporter to get him knocked out, because he’s then deemed controversial, then it’s easy to pick off all the journalists doing proper coverage,” he tells me.

“I don’t know all the things that went on between the Clinton world and my [New York Times] bosses,” Gerth says today. He says he knows only one thing for sure: the Times didn’t want him to do any more Whitewater articles.

“I do remember being told ‘we don’t want any Whitewater stories.’ They said, it’s like ‘piling on.’ Obviously I was not happy. But you just go onto the next thing. I never went and asked my two editors, ‘Did the Clintons weigh in on you? Did friends of the Clintons complain?’ I’m not sure they’d tell me anyways.”

“I don’t think I recognized [the organized smear] the first time around,” Gerth tells me. “I didn’t think that much of it until a year or two later when the Whitewater story came back again and there was an independent counsel investigation.” About that time, Gerth says, the pro-Clinton response “grew more robust, and eventually the ‘back to business’ committee was set up.” “Back to business,” he says, referred to the Clinton allies’ plan to “move on” the public from the Clinton controversies and a push to impeach the president for alleged perjury and obstruction of justice. 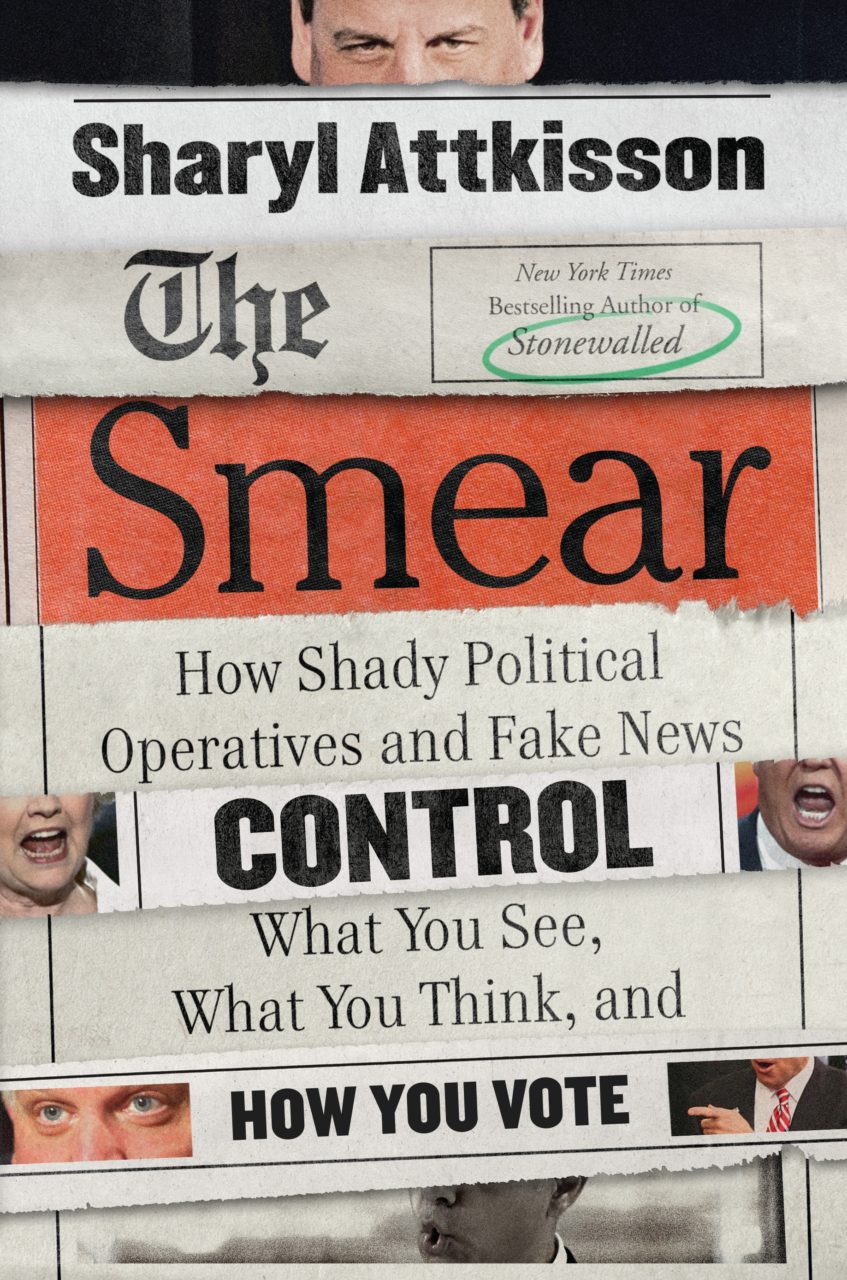