CNN was the sole major cable news network to call President Donald Trump’s controversial tweets “racist” during the press conference by the so-called “Squad” of left-wing Democrats on Monday evening.

Reps. Alexandria Ocasio-Cortez (D-NY), Ilhan Omar (D-MN), Rashida Tlaib (D-MI), and Ayanna Pressley (D-MA) convened a press conference on Capitol Hill to respond to tweets by the president suggesting that they “go back and help fix the totally broken and crime infested places from which they came. Then come back and show us how it is done.”

The “Squad” — nicknamed as such by Speaker of the House Nancy Pelosi (D-CA) — called for President Trump to be impeached, among other demands.

As they did so, the various cable networks carried their remarks live. 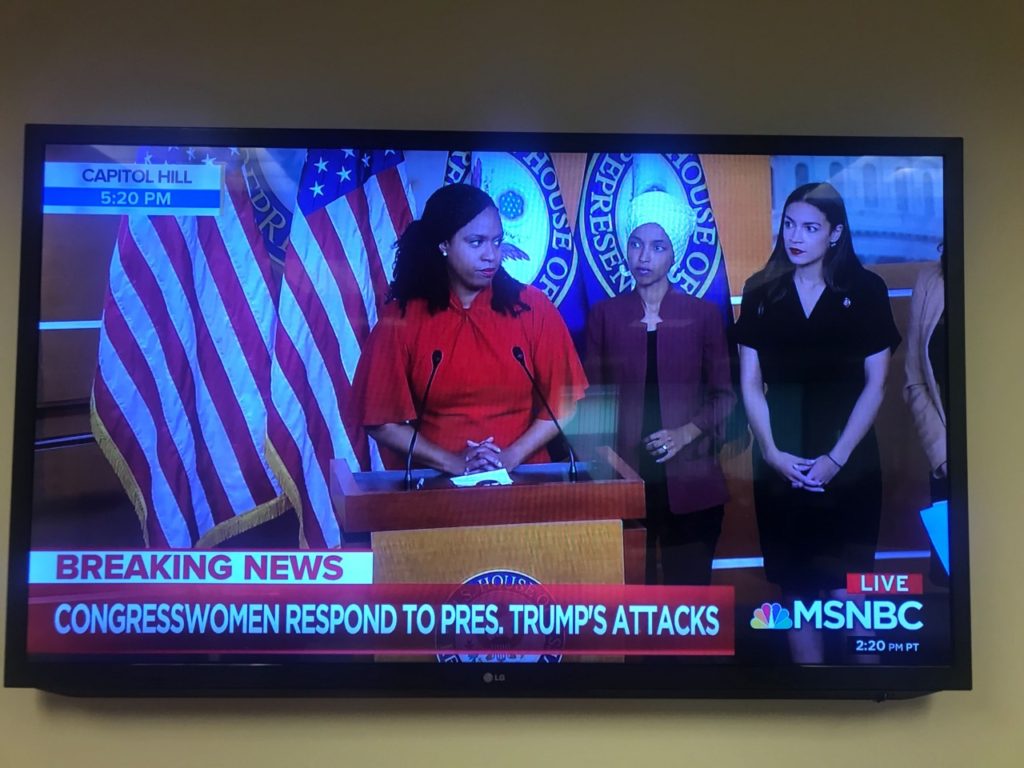 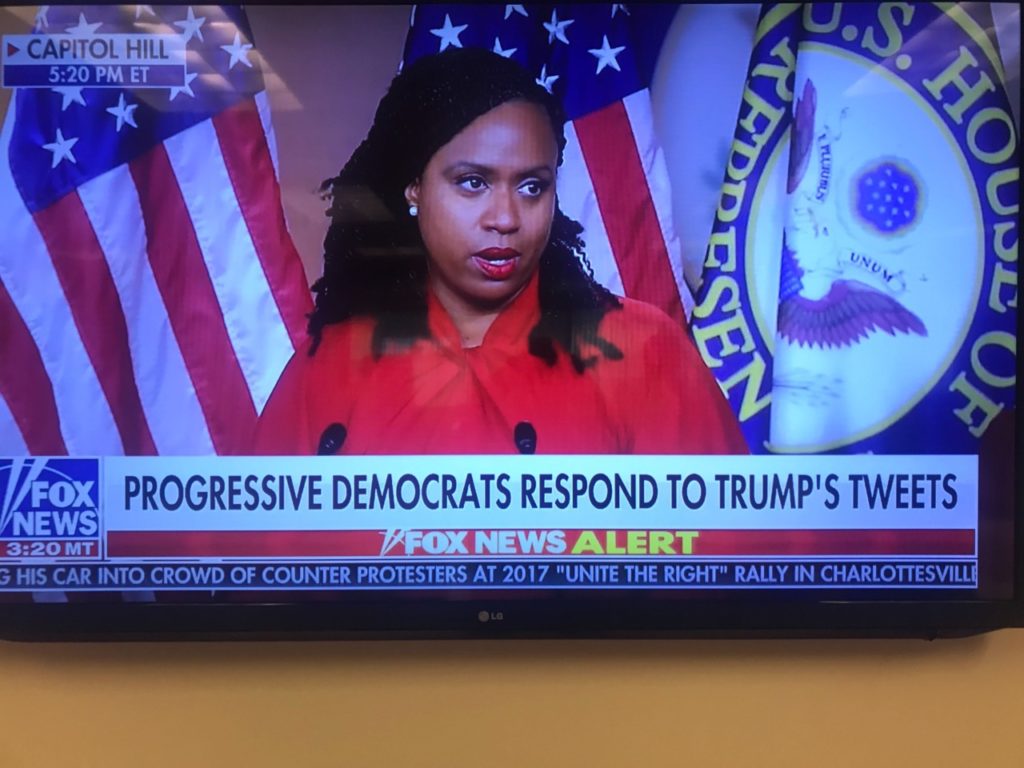 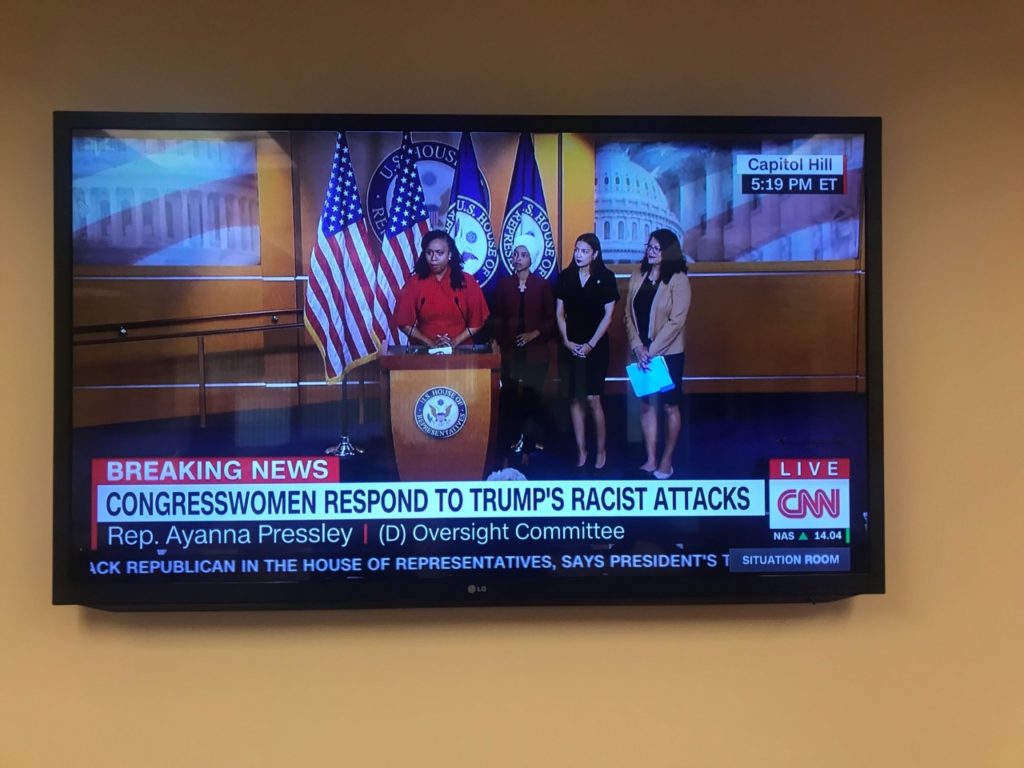 When CNN introduced its motto in 2017, it explained:

They aren’t colored by emotion or bias. They are indisputable. There is no alternative to a fact.

Facts explain things. What they are, how they happened. Facts are not interpretations.

Once facts are established, opinions can be formed. And while opinions matter, they don’t change the facts.

That’s why, at CNN, we start with the facts first.

Trump did not refer to race in his tweets, though he incorrectly suggested that the members of the “Squad” were from abroad. (Omar is from Somalia; the others were born in the U.S.)

CNN repeated the “racism” charge in one news story after another. It also repeated the “fine people hoax” about the Charlottesville riots in August 2017, airing only part of the president’s quote without acknowledging that he said the neo-Nazis and white supremacists there should be “condemned totally.”