A caravan of dozens of vehicles supporting U.S. President Donald Trump rolled down the Jerusalem hills in Israel on Tuesday evening, ending with a pro-Trump rally and marking the fifth Jewish “Trump train” worldwide within a week.

The caravan, which numbered around 60 cars, left Latrun, home to the strategic fortress that played a huge part in Israel’s 1948 War of Independence, and headed towards the Jerusalem satellite town of Beit Shemesh for a pro-Trump rally attended by around 300 people, including Deputy Mayor Israel Silverstein and head of Republicans in Israel Marc Zell.

Cars sported Trump flags in Hebrew and English, as well as Israeli and American flags. 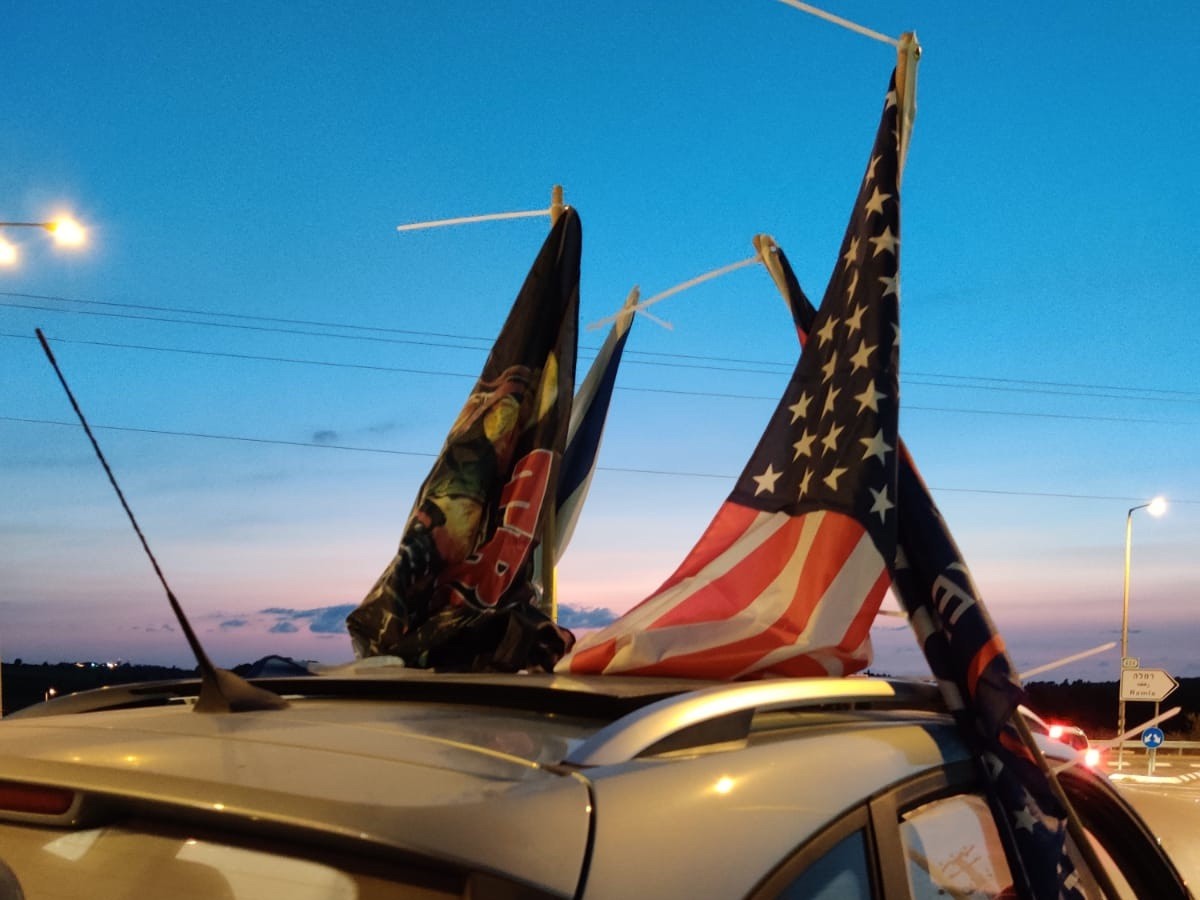 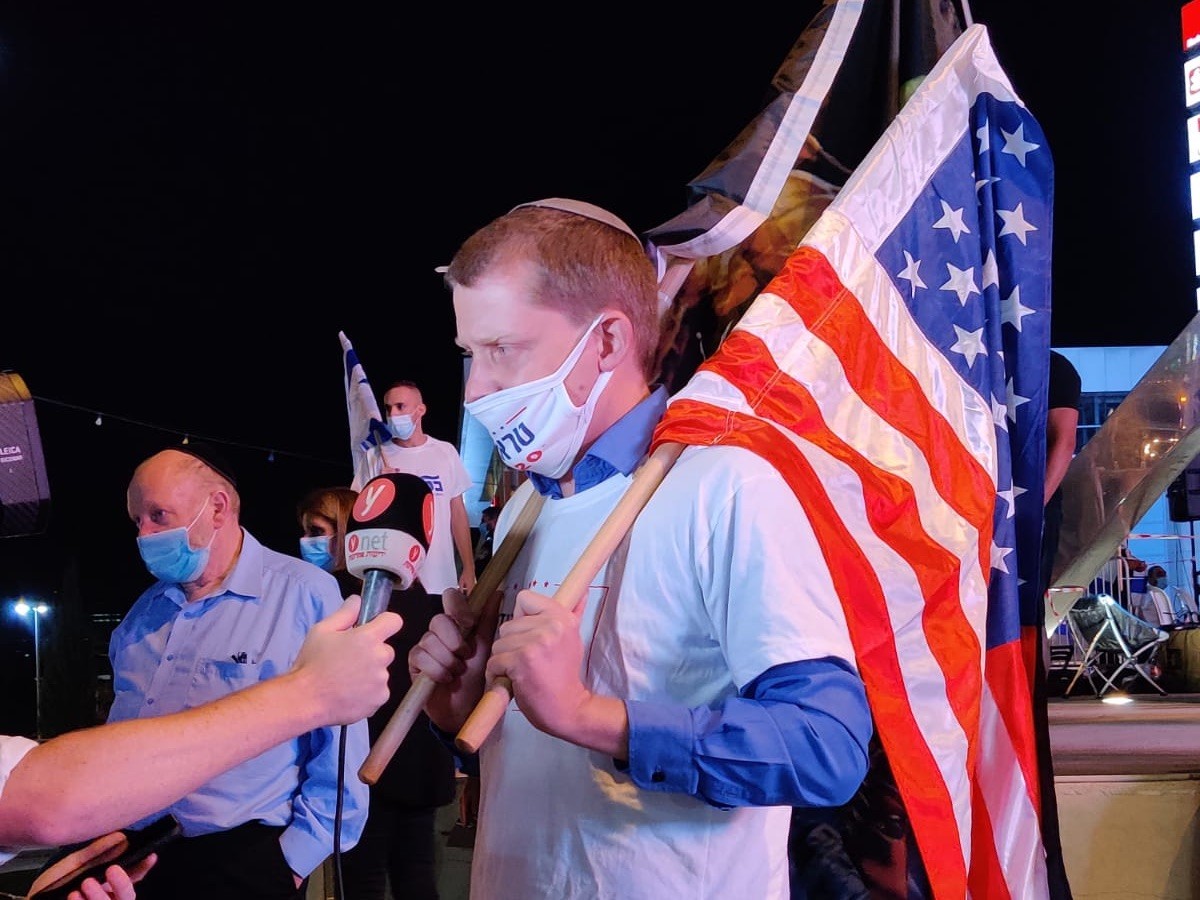 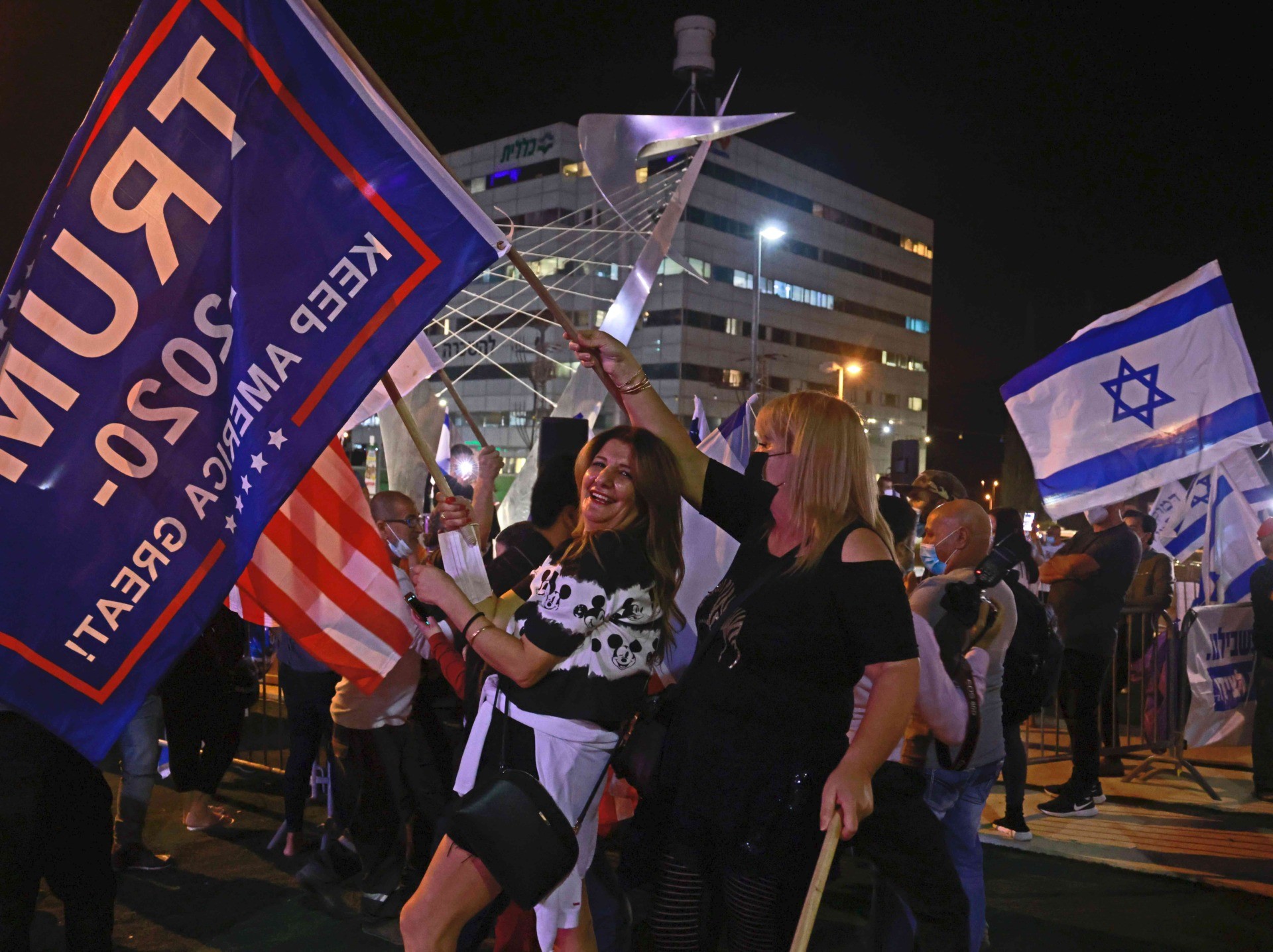 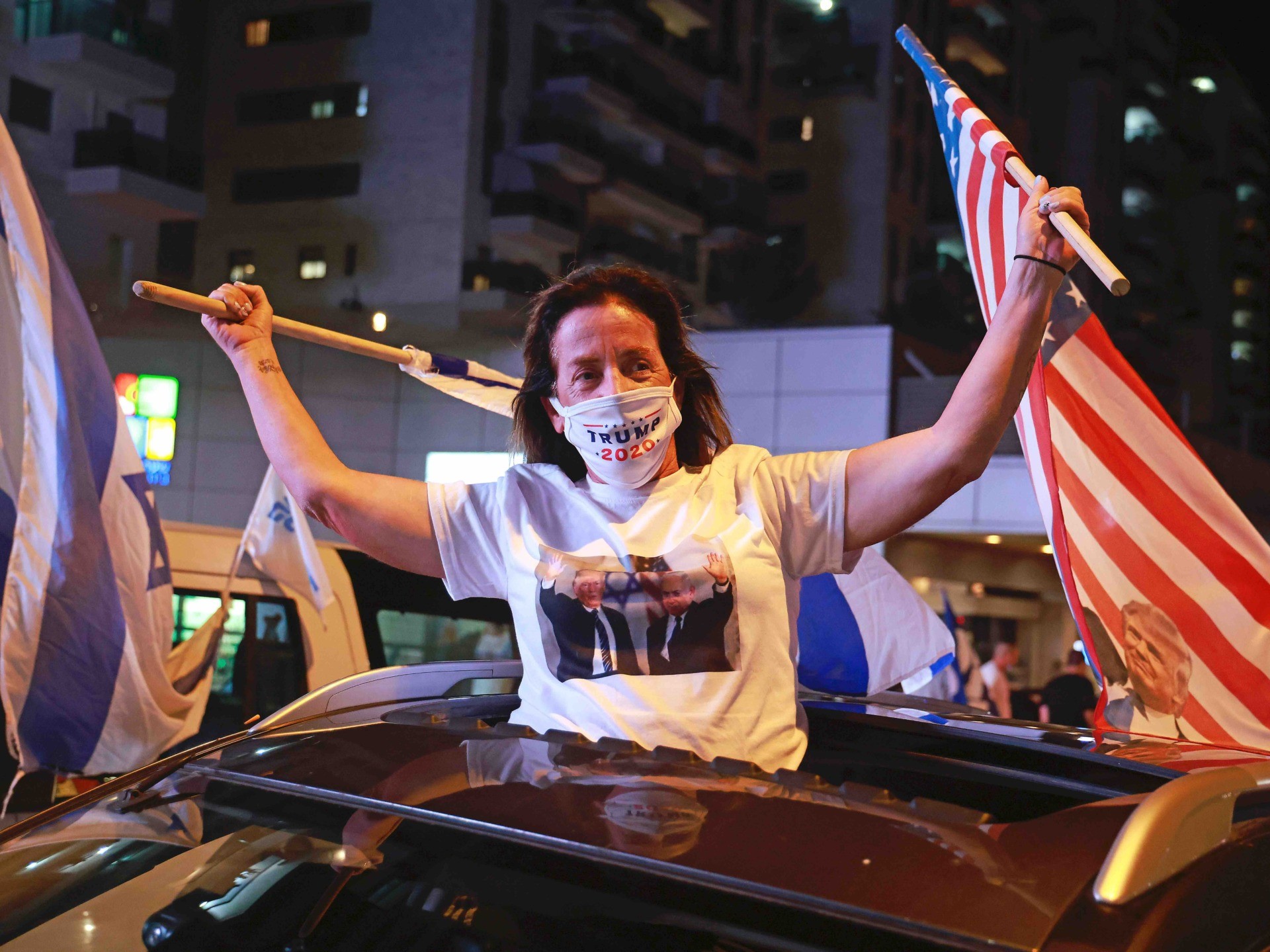 The rally was “boisterous and jubilant,” Zell told Breitbart News, with the Village People’s classic “YMCA” blasting from speakers.

Chants of “four more years” were heard from the crowd. 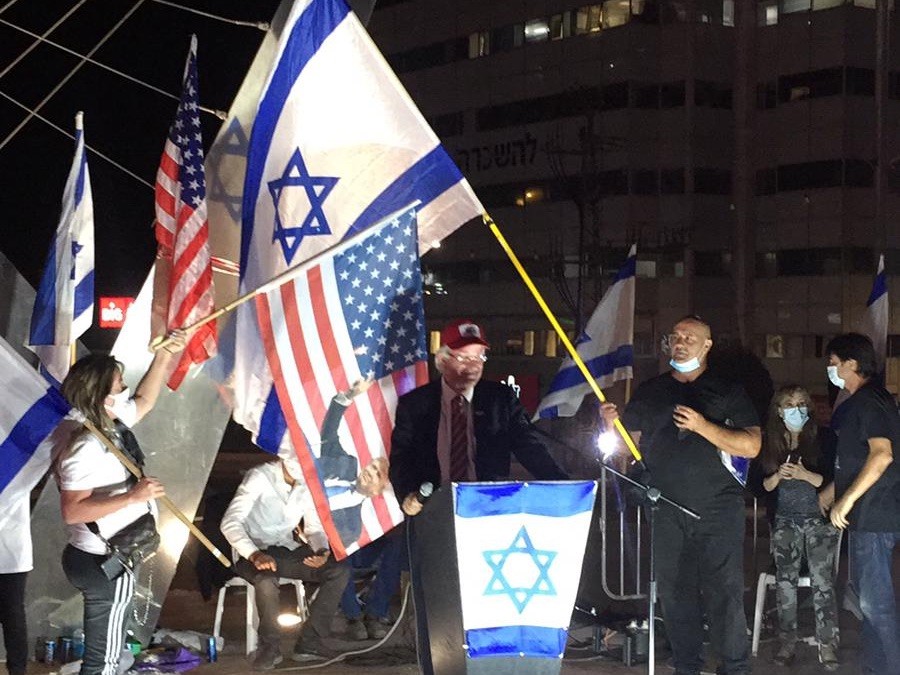 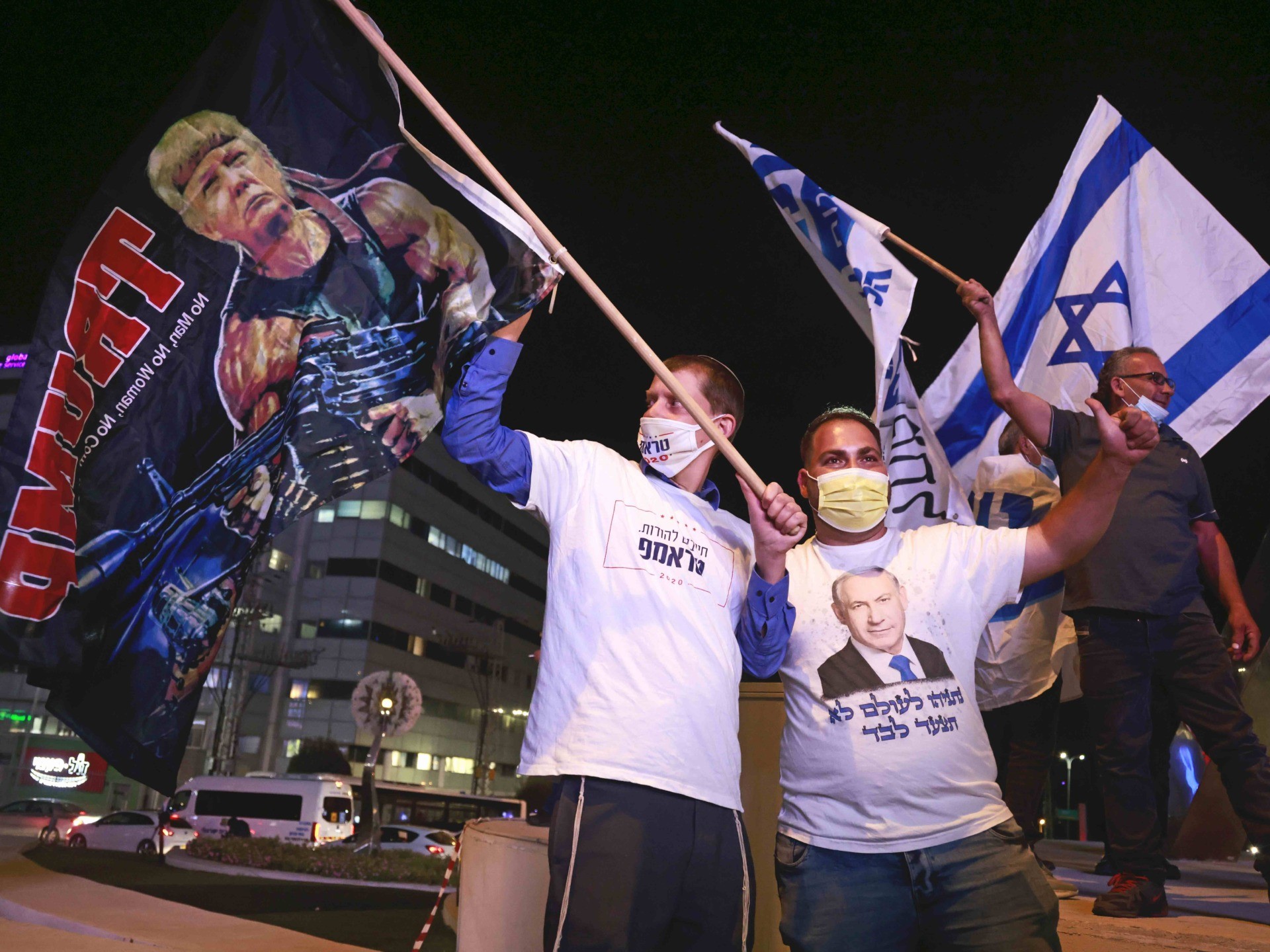 Earlier on Monday, Jews held prayers for Trump’s re-election at the Tomb of the Patriarchs in the city of Hebron, attended by local political leaders.

Shlomo Ne’eman, head of the Gush Etzion Regional Council who attended the prayer service, called Trump a “lover of Israel.”

“During his first term, we obtained unprecedented approvals from the U.S. administration led by Trump, after painful building freezes by his predecessor [Barack Obama].

“Trump is a president who cares about the State of Israel and it is important for us that he continues for another term,” he added.

Zell pointed to the significance of the Jewish holy site, which is the burial site of the biblical patriarchs Abraham, Isaac, and Jacob, and matriarchs Sarah, Rebecca and Leah. (Rachel is buried at a separate holy site.)

“Today’s service was very moving for me. To be in the presence of our founding fathers and our founding mothers who are buried in the [tomb] in Hebron was very special and to thank Donald Trump for bringing so many blessings to Israel,” Zell told Breitbart News.

“The biggest blessing of all was that in the spirit of Abraham our father, he’s brought the peoples of the Middle East together for the first time in a meaningful, long-lasting warm peace,” Zell added, referring to the recently signed Abraham Accords between Israel, the UAE and Bahrain.

“That’s something that only Donald Trump could have pulled off and I think that the only way it’s going to continue to grow and prosper between Arabs and Jews in our troubled region is if Donald Trump remains president of the United States after tomorrow.”

“We are just delighted to give thanks to the lord Almighty and to Donald Trump for everything he’s done for all the peoples of the Middle East. It’s the dream of a lifetime,” Zell added.

Zell, whose group has organized several vehicle convoys and motorcades around Israel in support of Trump, said his efforts was a way of letting the “voters back in the [United] States and around the world know that what Donald Trump and Mike Pence have done for Jewish people, Israel and the world, frankly, is just amazing and we love it.”

He listed U.S. support of Israeli sovereignty over the West Bank and the Golan Heights, the relocated of the U.S. embassy to Jerusalem and recognition of Jerusalem as the capital of Israel, the decision to defund the Palestinians’ so-called pay for slay program, withdrawing from the Iran nuclear agreement, and brokering normalization deals between Israel and three Arab states.