Perdue spoke to Breitbart News as a conversation between Biden and civil rights leaders leaked, during which Biden urged civil rights leaders to think about whether they would want to discuss police reform before the January 5 Georgia runoffs, as it might lead to Democrats being labeled as pro-defund the police. However, Biden did promise that he would guarantee a “full-blown commission” to address police reform.

“I just raise it with you to think about how much do we push between now and January 5 — we need those two seats — about police reform. But I guarantee you; there will be a full-blown commission. I guarantee you it’s a major, major, major element,” Biden said during the call.

Perdue told Breitbart News that Ossoff, whom he hopes to defeat in January, is hiding his true platform on police reform so that Democrats do not alienate Georgia voters.

“I think that epitomizes the hypocrisy that we’ve been calling out on Warnock and Ossoff — that they’re doing the same thing; they’re hiding their true platform,” Perdue said. “You only have to look at the Democrat platform to see what they want to do, and it’s defunding the police right there.” 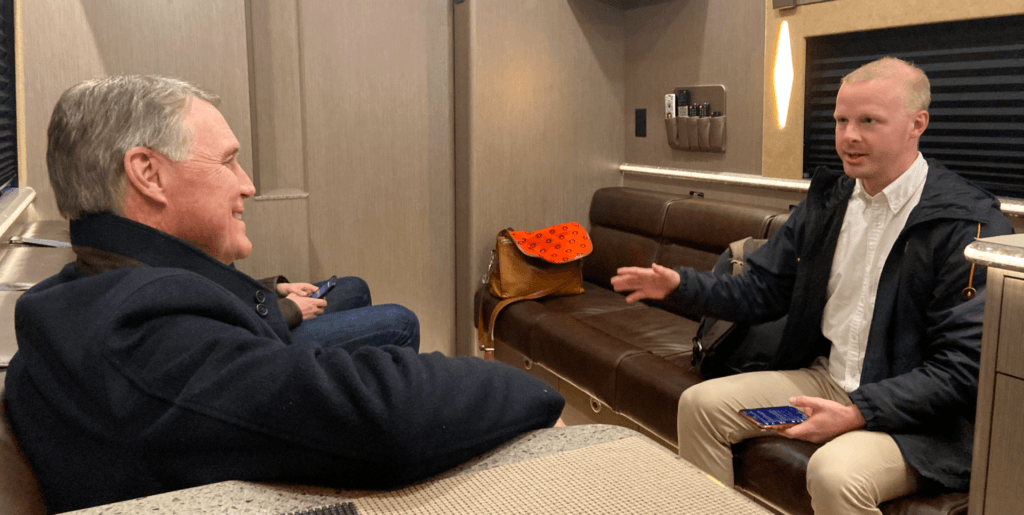 Perdue added that Ossoff wants “a total blanket amnesty” for illegal aliens and a “total lockdown.”

Ossoff said in November he would support a statewide lockdown in Georgia if the “experts” deemed it necessary to slow down the spread of coronavirus.

Perdue said that Ossoff’s call to defund the police, establish open borders, and create sanctuary cities would only harm suburban families and put Georgians in danger.

He explained, “We’ve got Ossoff on film at an abolish the police rally. You know, Warnock says that they’re thugs. So, it’s obvious that they want to defund the police. They also want to cut the military, and when you defund the police, and you open the borders, you create sanctuary cities, you give illegal immigrants the right to vote; how does that make the suburban family safer? Or anybody safer?”

Perdue said he continues to campaign throughout Georgia to expose the Democrats’ agenda.

“I’m really concerned about the fact that they’re trying to hide it from Georgians; that’s why we’re out doing this win Georgia, save America bus tour to make sure people know what they’re really planning to do. This is not really pandering here. They really want to do this,” the Georgia conservative said.

“And Warnock and Ossoff both are two of the most liberal candidates the Democrat Party has put up in my lifetime. I think they’re both to the left of Bernie, if you look at what they said and watch what they’re doing. They’re very, very radical, and it’s dangerous for Georgia,” Perdue said. “And now our role is to make sure that everybody knows what’s at stake, what Schumer is trying to do, and what their agenda really is and just got to get the vote out.”