MARIETTA, Georgia — Georgia Democrat Senate candidate Jon Ossoff vowed amnesty for all illegal aliens “who otherwise follow the law,” if he is elected, in response to a question about immigration during a campaign event Wednesday.

A self-described Deferred Action for Childhood Arrivals (DACA) recipient from Mexico, who was part of a small crowd gathered in front of Super Mercado La Villa for a “Latinx Meet & Greet” event Wednesday morning, asked Ossoff what he thought about immigration law for Latinos.

Ossoff said, “I will stand with you and all Dreamers, all DACA recipients, because Dreamers are every bit as American as any of us, and I’ll have your back in the U.S. Senate.”

The Georgia Democrat then outlined his immigration policy, saying he would push for amnesty for all illegal aliens who “otherwise follow the law.” Ossoff said, “I will work to pass comprehensive immigration reform that establishes a path to legal status for those who lack documentation and otherwise follow the law.” There are an estimated 11 to 22 million illegal aliens living in the United States. 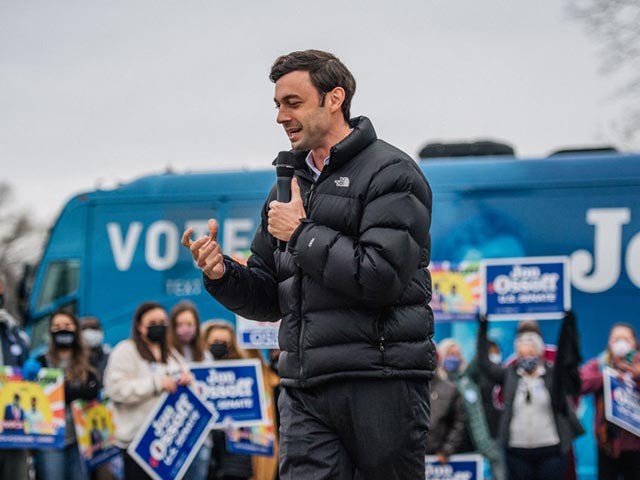 Notably, Ossoff opposes Immigration and Customs Enforcement’s (ICE) 287(g) program, which allows state and local law enforcement to cooperate with federal agents to locate wanted illegal aliens. Highlighting the program’s success in the states in which it has been implemented, ICE notes that in fiscal year 2020, 287(g) allowed the agency to identify “approximately 920 aliens convicted for assault, 1,261 convicted for dangerous drugs, 104 convicted for sex offenses/assaults, 377 convicted for obstructing police, 190 convicted for weapon offenses, and 37 convicted for homicide.”

In Georgia specifically, the agency cites a recent instance of the state’s Department of Corrections, through 287(g), placing an immigration detainer and warrant on a Guatemalan citizen who had been convicted of aggravated assault-family violence and three counts of cruelty to children. ICE notes the Guatemalan citizen had entered the United States at an unknown date and location.

Ossoff has argued that 287(g) threatens “bonds of trust between local law enforcement and local communities.” In response to Ossoff’s immigration stance, his opponent, Sen. David Perdue (R-GA), has chastised him for supporting “lawless sanctuary cities.”

During the event, Ossoff also acknowledged a need for border security while referencing a “false choice” the country faces between controlling immigration and separating babies from their mothers.

“We have to have secure borders in this country, but border security does not mean border brutality. We should reject this false choice. Yes, any country must know and control who enters and exits our territory,” Ossoff continued. “The idea that we are ripping babies from their mothers is a disgrace.”

Many Democrats, including President-elect Joe Biden, have continued to repeat the misleading claim that the Trump administration is separating adult border crossers from the children with whom they arrive at the U.S.-Mexico border and treating children inhumanely. The claim stems from an Obama-era policy of separating the arriving children into border facilities, a policy the Trump administration ended.

Ossoff then referenced his investigative film company, Insight TWI, which has come under scrutiny during his Senate bid for its financial history. “My business investigates war crimes. If that happened in a warzone, it’s a war crime,” Ossoff said. 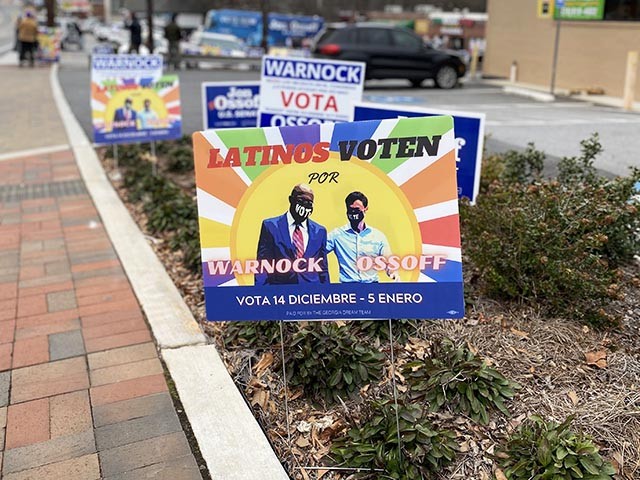 Ossoff concluded, “So bringing it all back around, I say all that to say I will stand with DACA recipients. I will work to advance comprehensive reform that establishes that path to legal status, and which secures our borders without brutalizing people and violating human rights.”