The shootings and death continue a string of mayhem and bloodshed that has made 2016 one of the deadliest years in Chicago history.

According to the Chicago Sun-Times, one person was killed and six others wounded in one shooting Friday night. That shooting occurred at 8:15 p.m. in East Garfield Park. Police reported that the victims “were standing together in the 3300 block of West Maypole when someone in a black vehicle going east opened fire.” Three of the wounded men were able to “[take] themselves to Mount Sinai Hospital in good condition with gunshot wounds to the arms and legs.” Two others–a man and woman–were injured and had to be transported to a hospital. The sixth wounded victim was only grazed with a bullet and “was treated, but not taken to a hospital.”

A seventh individual–“a male whose age was unknown”–was taken to the hospital and pronounced dead.

Approximately 15 minutes before the shooting on West Maypole, two men–ages 18 and 20 years old–“were standing by a parked car in the 5500 block of West Congress Parkway…when a gray car drove up and someone inside opened fire, hitting the younger man in the head and the older man repeatedly.” Both men were fatally wounded.

And the shootings continue and the death toll rises. 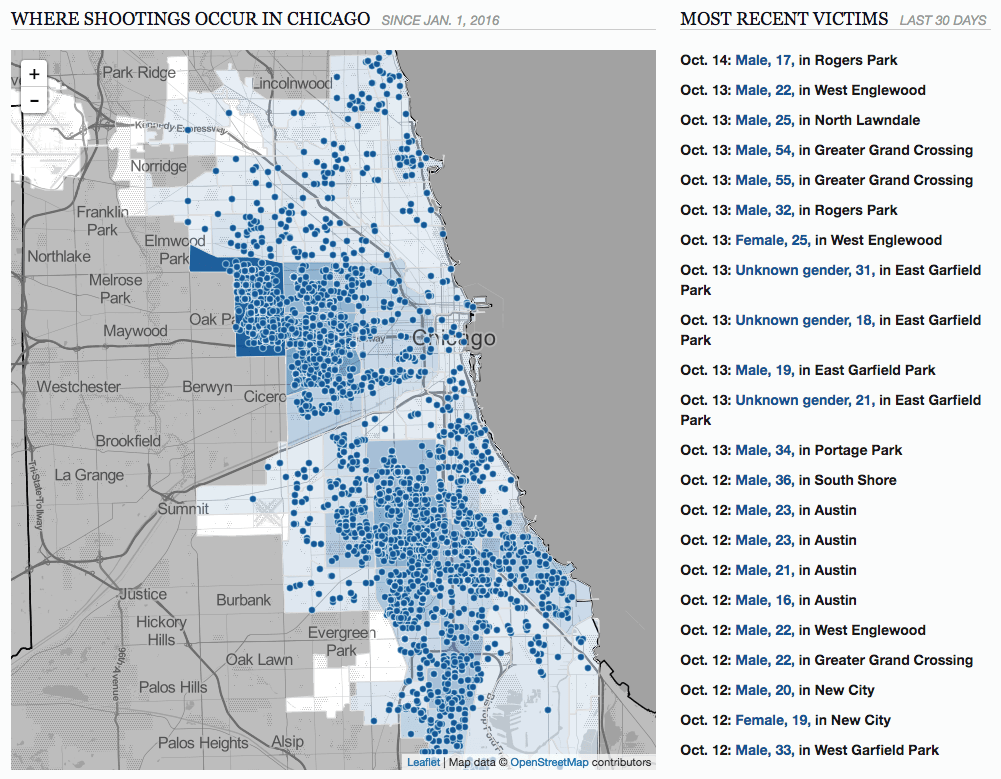 Where Shootings Occur in Chicago