The Zimbabwe Electricity Supply Authority (ZESA), which is the only electricity generator and supplier for Zimbabwe’s public power grid, issued a press release confirming the electricity outages on December 14. ZESA blamed the supply failures on renovations allegedly taking place at the Kariba Dam project, which dams the Zambezi River.

“ZESA Holdings would like to advise its valued customers countrywide that there is an increase in load shedding outside the publicised schedules due to the refurbishment works on the Kariba Dam wall,” ZESA’s statement read.

“The refurbishment works have resulted in the taking out of 3 units at Kariba South Hydro Power Station today, 14th December 2021,” the statement continued.

“[T]his has resulted in depressed generation, resulting in an increase in load shedding. Customers are advised to use the available power sparingly to minimise the effects of load shedding,” ZESA added.

New Zimbabwe described ZESA’s grid failure on Tuesday as the latest example of a “decades-old electricity problem” in Zimbabwe caused by the nation’s “deep-economic crisis [which is] underlined by corruption, waste of public money, mismanagement, and failure to reform.” 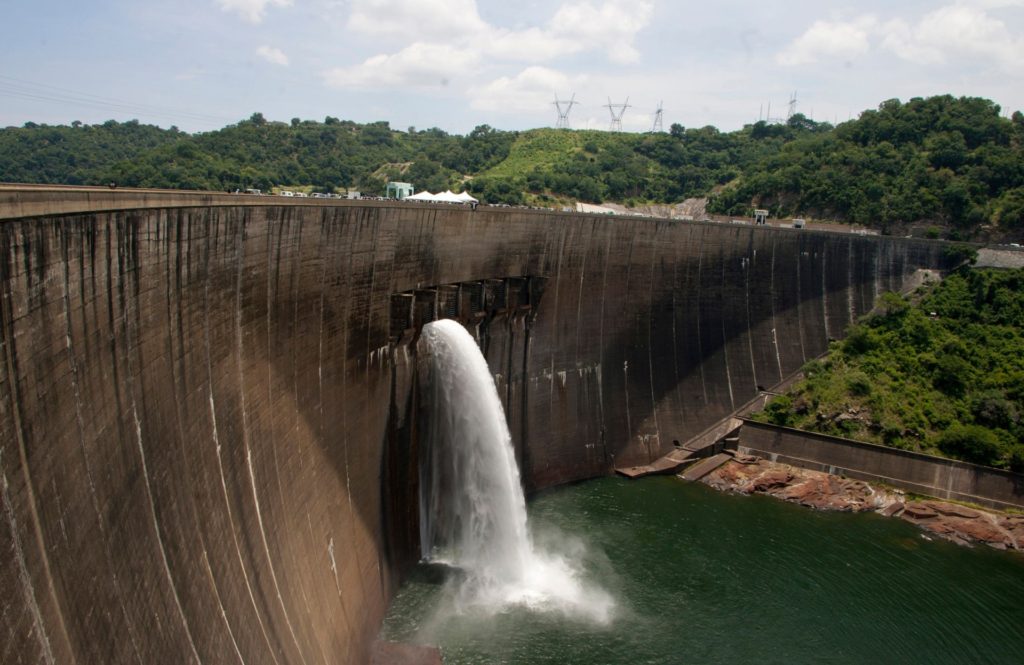 Flood gates on the Kariba Dam wall between Zimbabwe and Zambia open ceremonially on February 20, 2015 after the two neighbors signed $294 million in deals with international investors. (Photo credit should read JEKESAI NJIKIZANA/AFP via Getty Images)

The Dinson Iron and Steel Company (Dinson), which is a subsidiary of China’s Tsingshan Holding Group Company Ltd., “formed a public-private partnership [with ZESA] to construct 97 kilometres [60 miles] of a high voltage power line that will connect [a] $1 billion iron and steel plant to the national electricity grid,” China Daily reported on December 13.

“This is a strategic national project. It (steel plant) will be largest customer project for ZESA, requiring up to 500 MW in the next two years, which is equivalent to almost a third of today’s national consumption,” ZESA Executive Chairman Sydney Gata told Zimbabwe’s the Sunday Mail in recent days.

“Apart from creating thousands of jobs, the project will revive the country’s collapsed steel industry, which is currently relying on imports from South Africa,” China Daily noted of the Dinson-ZESA project. Dinson has scheduled the iron and steel plant’s commissioning for some time in 2022.