The U.S. Consulate at the epicenter of the Coronavirus outbreak in the central China city of Wuhan announced Sunday it will evacuate its personnel and some private citizens aboard a charter flight as the global death count rose to 56.

The alert came as one infectious disease specialist at Imperial College, London warned, “It is uncertain at the current time whether it is possible to contain the continuing epidemic within China.”

A notice from the U.S. Embassy in Beijing said there would be limited capacity to transport U.S. citizens on the Tuesday flight that will proceed directly to San Francisco.

It warned in the event there are not enough seats, priority will be given to to individuals “at greater risk from coronavirus.” Interested U.S. citizens in possession of valid passports were told to immediately contact consular officials.

The previously unknown virus has caused global concern because of its similarity to the SARS (Severe Acute Respiratory Syndrome) pathogen, which killed hundreds across mainland China and Hong Kong in 2002-2003.

U.S. Centers for Disease Control and Prevention has issued a Warning Level 3 Alert (Avoid Nonessential Travel) due to the continued spread of the virus.

The viral outbreak has struck at possibly the worst time for China, when hundreds of millions of people are travelling across the country or overseas to celebrate the Lunar New Year holiday, China’s most important festival.

The latest figures reported Sunday morning cover the previous 24 hours and mark an increase of 15 deaths and 688 cases for a total of 1,975 infections and 56 deaths globally. 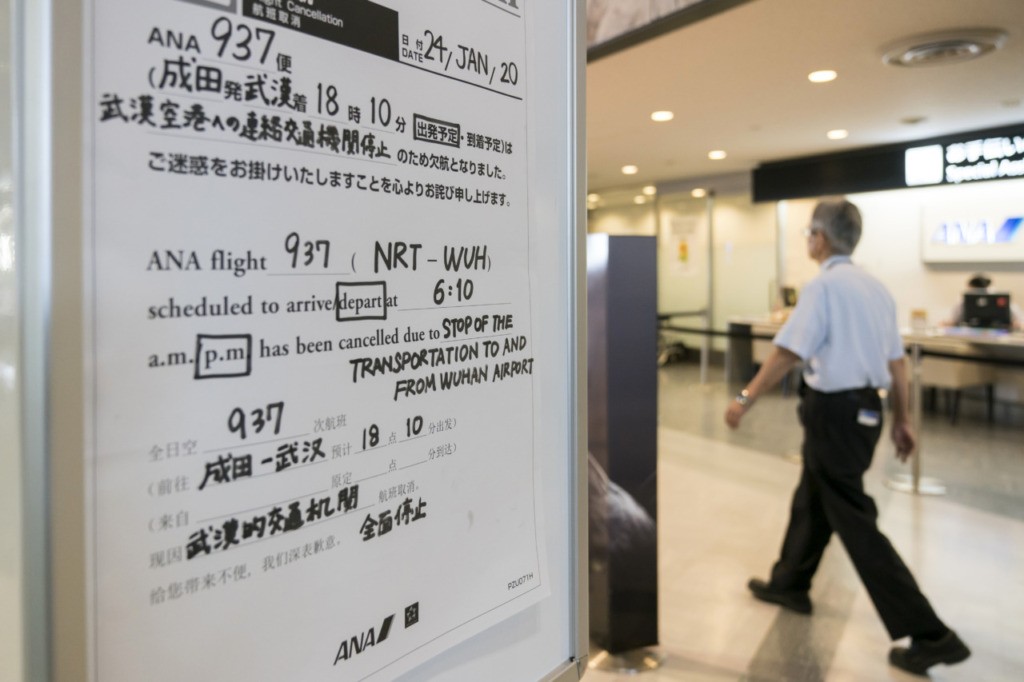 A notice informing a cancelled flight to Wuhan is displayed at Narita airport on January 24, 2020 in Narita, Japan. While Japan is one of the most popular foreign travel destinations for Chinese tourists during the Lunar New Year holiday this year, Japan reported two cases of Wuhan coronavirus infections as cases have been reported in other countries including the United States, Thailand, Taiwan, Vietnam, Singapore and South Korea. (Photo by Tomohiro Ohsumi/Getty Images)

Airports around the world have stepped up screening of passengers from China, although some health officials and experts have questioned the effectiveness of such screenings.

A report by infectious disease specialists at Imperial College, London on Saturday said the epidemic “represents a clear and ongoing global health threat,” adding: “It is uncertain at the current time whether it is possible to contain the continuing epidemic within China.”

AP, AFP contributed to this report