The Philippines stopped issuing visas to foreigners, banning all nationalities from entering the country, on Thursday in an effort to stop the spread of the Chinese coronavirus throughout the island nation.

Officials did not provide a timeframe for the measures. Philippine Foreign Affairs Secretary Teodoro “Teddy” Locsin, Jr., announced the decision via Twitter.

We are stopping the issuance of visas from all posts abroad and here. This goes one imperative step forward: a total ban on incoming foreign visitors of all nationalities no exceptions.  Outgoing foreign visitors should be given all the help to get out. Idiotic to detain them.

After making his initial statement, Locsin continued to answer questions on the matter via social media. In response to one person’s question about a foreign tourist friend “literally stranded in the country” and unable to fly home because she is Italian and “no airline flies to Italy right now,” Locsin replied, “She and others like her are deemed to have their visas extended or if not there will be no penalties when they can finally fly away. I swear that or beat the crap out of anyone who insists on penalties.”

Later on Thursday, the Philippines’ Department of Foreign Affairs (DFA) released a public advisory on the action: “The DFA informs the public that it is temporarily suspending visa issuance in all its Foreign Service Posts effective immediately and will be valid and effective until further notice.” 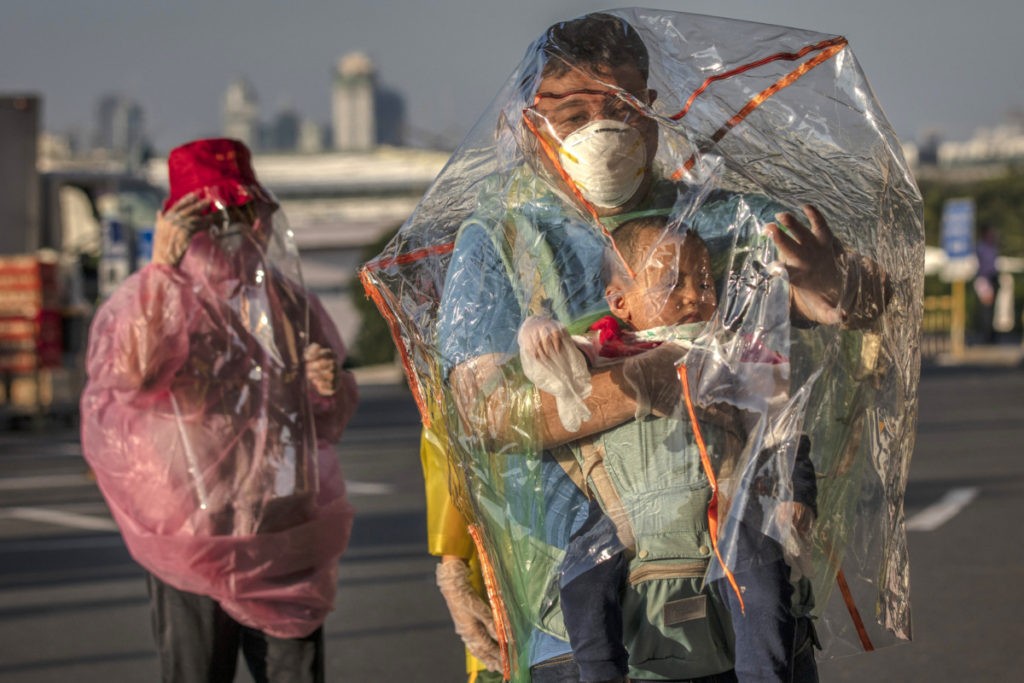 Travelers are seen wearing raincoats, plastic covers, gloves, goggles, and facemasks as they wait for their flight at Ninoy Aquino International Airport on March 18, 2020 in Manila, Philippines. The Philippine government has sealed off Luzon, the country’s largest and most populous island, to prevent the spread of COVID-19. ( Ezra Acayan/Getty Images)

The public advisory explains that the temporary suspension comes as a direct result of the nation’s efforts to contain and halt the spread of the Chinese coronavirus.

At press time Thursday, the Philippines had 217 confirmed cases of Chinese coronavirus and 17 deaths.

On Monday, Philippine President Rodrigo Duterte placed the entire island of Luzon – home to the nation’s capital, Manila, and 48.5 million people – on “enhanced” lockdown to stop the spread of the Chinese coronavirus.