Even as Beijing’s puppet government in Hong Kong invoked the coronavirus pandemic to cancel pro-democracy rallies, the Chinese Communist Party (CCP) organized huge public events Wednesday to celebrate the 100th anniversary of its founding, without the slightest hint of concern for Chinese coronavirus transmission or social distancing.

📸: Performers take part in a show commemorating the 100th anniversary of the founding of the Communist Party of China at the National Stadium in Beijing. https://t.co/kByMDMVkUE pic.twitter.com/6ZvdCcmbSb

The Communist Party’s birthday celebrations are already in progress and scheduled to last an entire week, although the nominal birthday is July 1, as commemorated in a new medal dictator Xi Jinping awarded to 29 Party members on Tuesday.

Shanghai celebrating 100th anniversary of the founding of Communist Party of China pic.twitter.com/rvHB5jf4zT

As part of its anniversary-week celebrations, the Chinese Communist Party staged a gala performance in the National Stadium https://t.co/G3N7pX1WA9 pic.twitter.com/8VYvVd8IIl

China often claims to have vanquished the Wuhan coronavirus, although it still uses the pandemic as an excuse to crush public events communists fear. 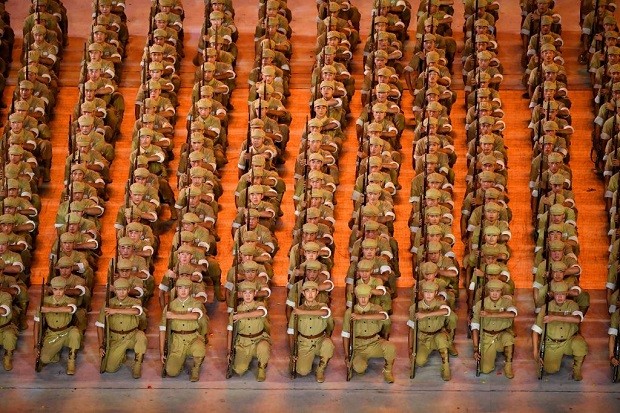 Performers dance during a Cultural Performance as part of the celebration of the 100th Anniversary of the Founding of the Communist Party of China, at the Bird’s nest national stadium in Beijing on June 28, 2021 (NOEL CELIS/AFP via Getty Images)

The secretive and dishonest Chinese state constantly reports coronavirus “outbreaks” in various cities, generally blaming them on foreigners and travelers bringing the disease back to China. One such outbreak is currently in progress in Guangdong province, a manufacturing hub with significant traffic from both overseas and inside China. 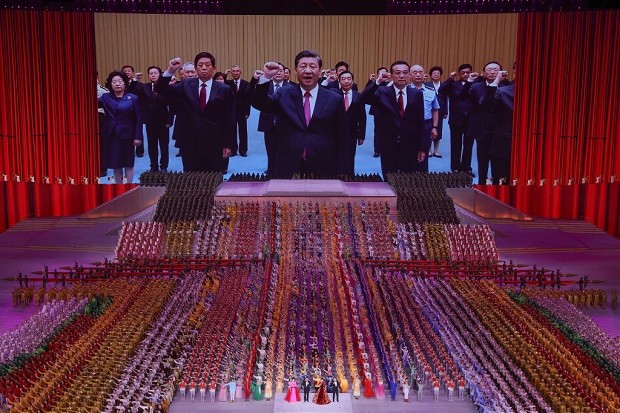 A large screen showing communist leader and Chinese dictator Xi Jinping during the art performance celebrating the 100th anniversary of the Founding of the Communist Party of China on June 28, 2021 in Beijing, China. (Lintao Zhang/Getty Images)

China’s vaccination program has been disappointing, thanks in part to a great deal of “vaccine hesitancy” from Chinese citizens, who have good reasons for distrusting their own country’s pharmaceutical products and see little reason to get inoculated against a disease that has supposedly been eliminated. Chinese officials claim vaccination rates are dramatically improving, thanks to a combination of incentives and threats. Other countries relying on Chinese vaccines are reporting coronavirus surges. 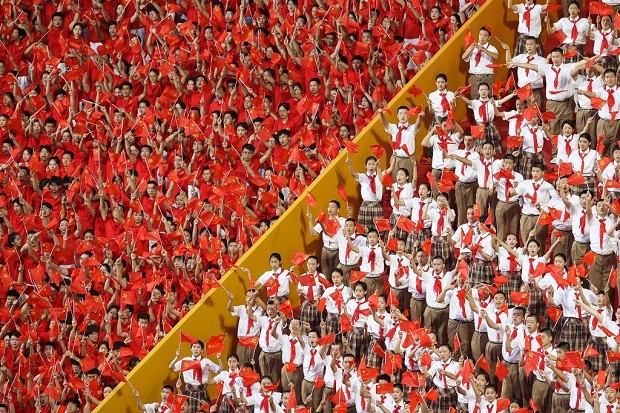 Spectators attend the art performance celebrating the 100th anniversary of the Founding of the Communist Party of China on June 28, 2021 in Beijing, China. (Lintao Zhang/Getty Images)

Chinese state media brushed safety concerns aside to gush over the massive celebrations. The state-run Global Times claimed all of China took “pride and genuine joy” in the Communist Party’s birthday and were delighted to see the Party defying “Western scrutiny and smears.” 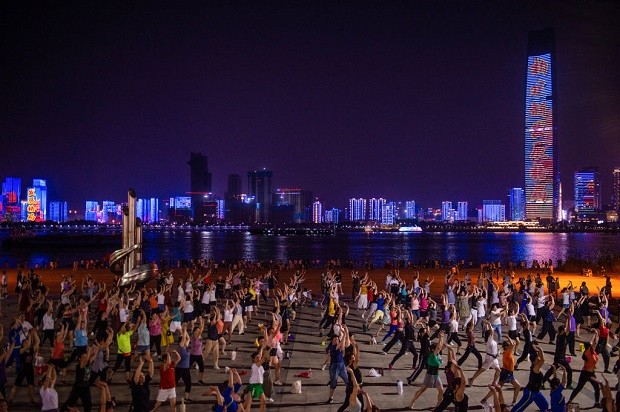 This photo taken on June 23, 2021 shows people dancing as buildings are illuminated by a light show commemorating the 100th anniversary of the Chinese Communist Party in Wuhan, in China’s central Hubei province. (STR/AFP via Getty Images)

The Global Times claimed the whole world is “watching how the biggest ruling party parties.” (This claim is not true — the Communist Party is smaller as a percentage of the Chinese population than some other “ruling” parties and smaller in absolute terms than India’s BJP party). 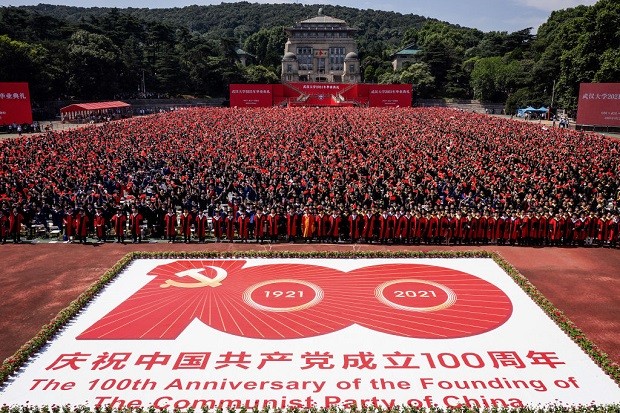 Graduates of Wuhan University pose for photos in front of an image commemorating the 100th anniversary of the Chinese Communist Party. (STR/AFP via Getty Images)

The Global Times did not address the fact that the Communist Party would never survive a single free and fair election, and no one can know what masses of the Chinese people really think about their “ruling party” as it aggressively censors and harshly punishes all criticism:

Instead of delving into the true reason why Chinese people are eager to celebrate the CPC [Communist Party of China] centenary on such a large scale and in so many ways, some Western media outlets and observers focused on the roadblocks and enhanced security in cities like Beijing, hyping it is to maintain absolute stability for the so-called propaganda blitz for the Party’s achievements. Some reports exaggerated the so-called sacrifice of the country’s ordinary people for the event.

However, the majority of the Chinese people know why the CPC centenary and the celebrations are important to them, given the Party’s century-long efforts to rejuvenate China, its leading role in making the country the second-largest global economy with a strong entrepreneurial middle class and world-beating high-technology as well as its strong military. The celebratory activities are reminding Chinese people of the grand journey the CPC has experienced, which transformed a weak and war-torn nation into a global power.

The Global Times rhapsodized over “passionate crowds” enjoying “unforgettable moments” without saying anything about coronavirus safety. It made a point of touting celebrations in captive, oppressed Hong Kong and blood-splattered Tiananmen Square, but mentioned the pandemic the Communist Party unleashed upon the world only once, when touting “Wuhan’s battle against [Chinese coronavirus]” as a huge achievement for the Party.