Japan is committed to providing a “necessary response” to China if it continues to ramp up its military aggression toward Taiwan and spark a legitimate conflict, Japanese Defense Minister Nobuo Kishi told CNN on Thursday.

“Because we are close geographically, what could happen in Taiwan could likely be an issue for Japan, and in that case, Japan will have to take the necessary response to that situation,” Kishi told CNN on September 16.

Taiwan is located a short distance southwest of Japan’s Senkaku Islands along the southern rim of the East China Sea. China claims both Taiwan and the Senkakus as its own territory and has increased its military presence near the respective islands in recent months. Chinese leader Xi Jinping specifically vowed to “reunify” Taiwan with China in 2019 by force if necessary.

“Taiwan is located at the nexus of the East and South China Seas and it is geopolitically and strategically important. That’s why Taiwan’s peace and stability is not just important for this region, but to the international community as a whole,” Kishi explained.

“More than ninety percent of the energy that Japan uses is imported through the sea around Taiwan, so it’s important to maintain the maritime order and a free and open Indo-Pacific,” he continued. 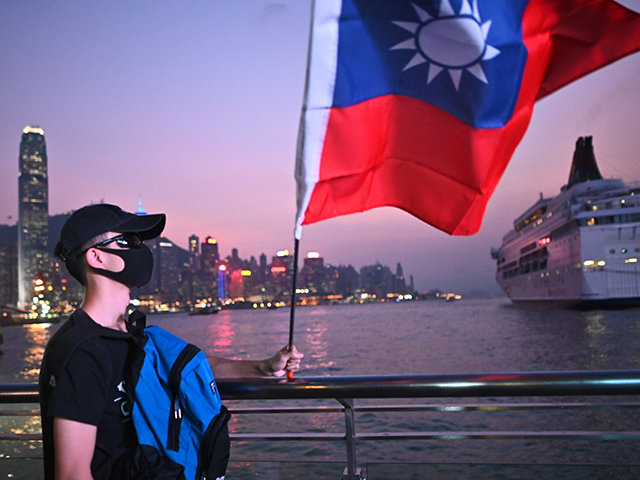 A man wearing a mask holds a Taiwanese flag as he joins others at a rally to mark Taiwan’s National Day, in the Tsim Sha Tsui district in Hong Kong on October 10, 2019. (Photo by PHILIP FONG/AFP via Getty Images)

While acknowledging that Tokyo is “not directly committed to the defense of Taiwan,” Kishi said it remains “very important” to Japan to support “stability on the Taiwan Strait.”

Regarding China’s claims over Japan’s Senkaku islands, Kishi said Thursday the issue should not be referred to as a “territorial dispute,” as Japan maintains unequivocal sovereignty over the rocky islets, which are small and uninhabited but strategically situated.

“There is no territorial dispute relating to the Senkaku Islands between Japan and other countries,” Japan’s defense minister affirmed.

“Against Chinese action to Senkaku Islands and other parts of the East China Sea … we have to demonstrate that the government of Japan is resolutely defending our territory with the greater number of Japanese coast guard vessels than that of China,” he said. 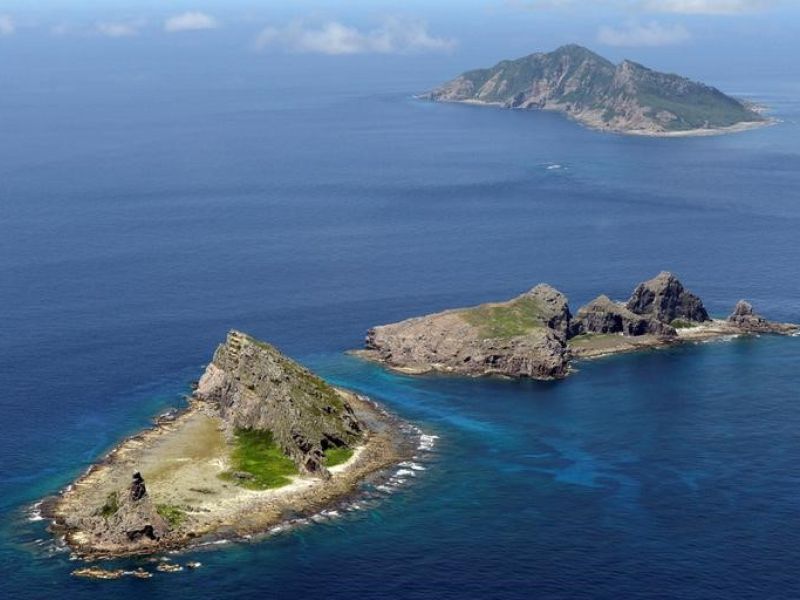 File photo taken in September 2012 shows (from front) Minamikojima, Kitakojima, and Uotsuri islands of the Senkaku Islands in the East China Sea. The Chinese army is weighing the full use of unmanned aircraft to regularly monitor the East China Sea, a move that may add fuel to heightened tension in the area where Japanese-controlled islands claimed by China lie, a Chinese document on the country’s use of drones showed June 12, 2015. (Kyodo via AP Images)

Japanese government authorities say the China Coast Guard has deployed vessels “into Japanese territorial waters, or within 12 nautical miles of Japanese land, a total of 88 times between January 1 and the end of August,” CNN noted on September 16. In Japan’s “contiguous zone,” or waters located between Japanese islands but not within 12 miles of shore, “there have been 851 Chinese incursions” during the same time period.

Kishi on Thursday described these violations by China as “actions that continue to challenge an integral part of Japan’s sovereign territory.”

“These actions are making it a fait accompli,” he warned.