The Taiwanese air force scrambled fighters on Friday as 18 Chinese warplanes swarmed across the midpoint of the Taiwan Strait, part of an aggressive Chinese military exercise meant to intimidate visiting U.S. Under Secretary for Economic Affairs Keith Krach. 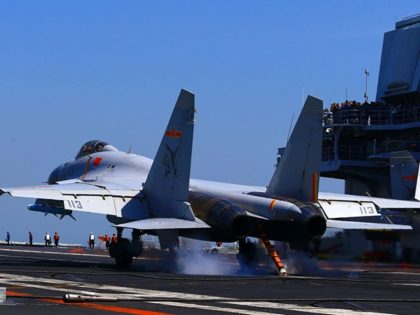 U.S. Under Secretary of State for Economic Growth, Energy, and the Environment Keith Krach announced on Tuesday that he will visit Taiwan to attend a September 19 memorial service for former President Lee Teng-hui. 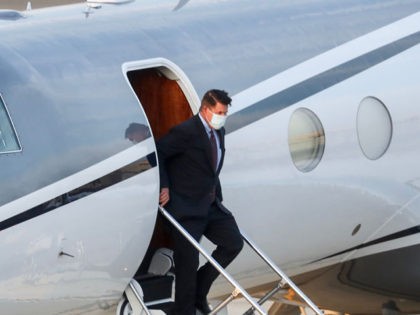 Sources “familiar with the discussions” told Reuters on Wednesday that Taiwan will purchase up to seven major weapon systems from the United States, a “Fortress Taiwan” strategy (as the Pentagon calls it) guaranteed to enrage Communist China. 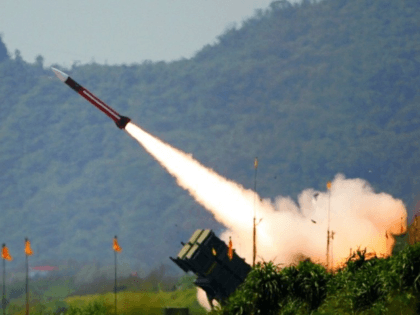 China must “be prepared” for war amid escalating territorial conflicts with neighboring countries that have increased the risk of military conflict in recent months, the Chinese Communist Party newspaper Global Times argued on Friday. 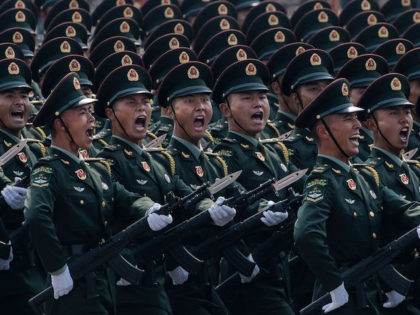 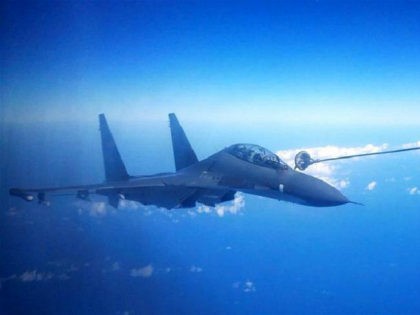 Taiwanese Manufacturer Busted for Relabeling ‘Made in China’ Masks

Taiwan’s government on Thursday ordered a Taiwanese company to cease operations after it was found to have repackaged over three million non-medical grade masks imported from China, labeling them as domestically-manufactured masks. 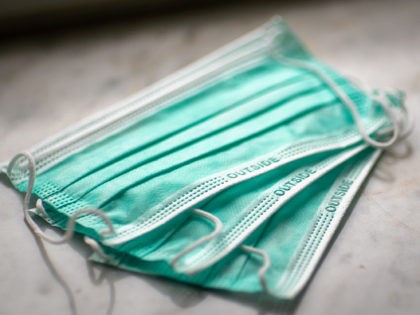 TAIPEI, Taiwan (AP) – The Czech Senate president met with Taiwanese leader Tsai Ing-wen and other top government officials Thursday during a rare trip by a foreign dignitary to the self-ruled democratic island that rival China called an “open provocation.” 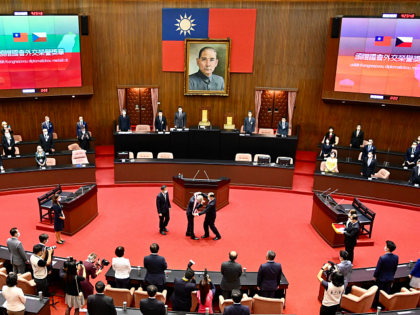 The Chinese Communist Party lashed out at the Czech Republic on Sunday for sending a 90-member delegation to visit Taiwan, led by Czech Senate Speaker Milos Vystrcil. 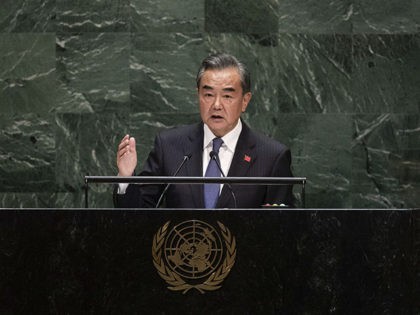 VIDEO: Three-Year-Old Girl Pulled 100 Feet into the Sky by Kite

A three-year-old girl was catapulted up to 100 feet in the sky after getting caught in a giant kite at a festival in Taiwan, according to a video. 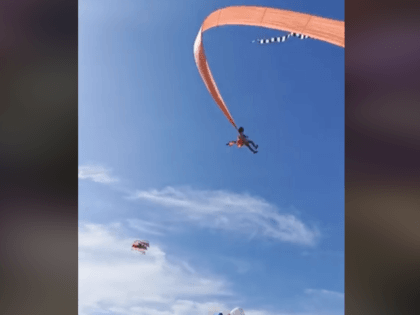 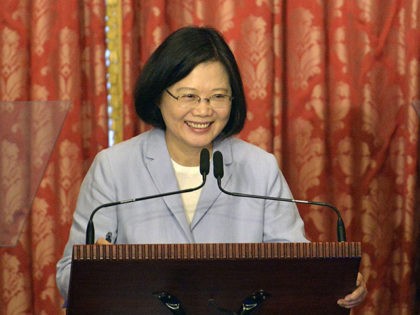 TAIPEI, Taiwan (AP) – The Czech Republic’s top legislator on Monday told an economic forum in Taiwan that freedom and democracy are the basis of prosperity, on the second day of a visit that has drawn vows of retaliation from Beijing. 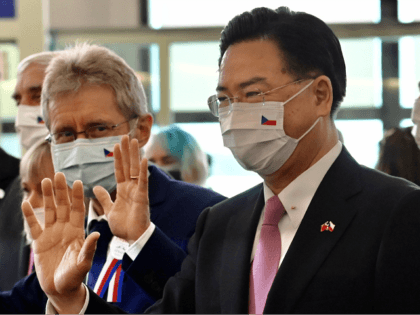 China’s Coast Guard said on Wednesday it intercepted a speedboat carrying 12 Hong Kong protesters who were attempting to flee to Taiwan. The passengers were charged with illegally crossing the border and detained in the mainland Guangdong province. 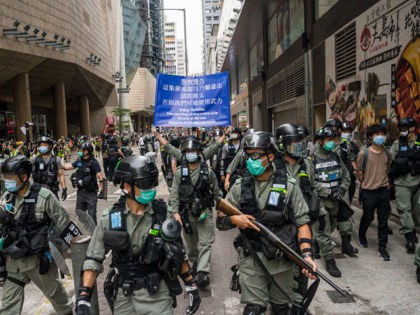 Lawmakers belonging to Taiwan’s Democratic Progressive Party (DPP) called for an investigation on Tuesday into the alleged involvement of former legislative assistant and alleged spy Chen Wei-jen in the sending of packages of seeds from China to several countries. 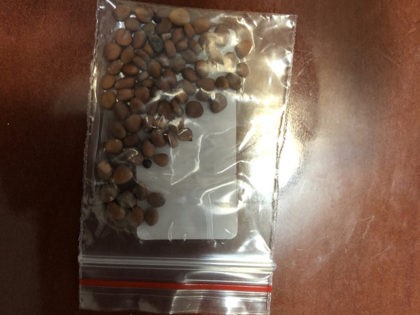 Economist Li Daokui, a professor at Tsinghua University in Beijing and an adviser to the Chinese Communist government, was quoted by the South China Morning Post (SCMP) on Wednesday suggesting China weaponize exports of medicine and medical components to retaliate against the United States for cutting off China’s supply of semiconductor chips. 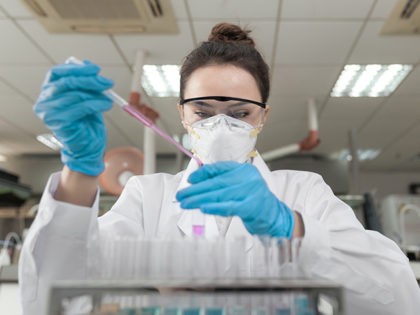 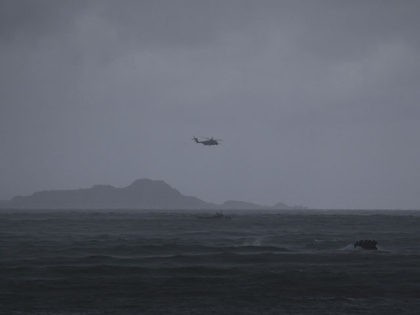 The Taiwanese government announced on Thursday that it will block video streaming services from Chinese mega-corporations Tencent and Baidu. 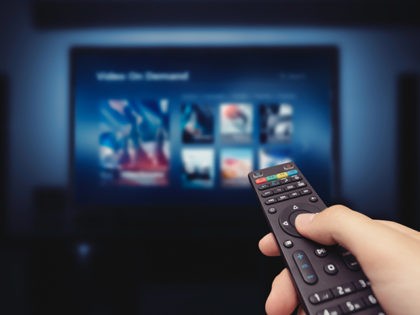 An investigation by Taiwanese cybersecurity firm CyCraft revealed that Chinese hackers began waging an intense campaign of espionage against the Taiwanese semiconductor industry in 2018. 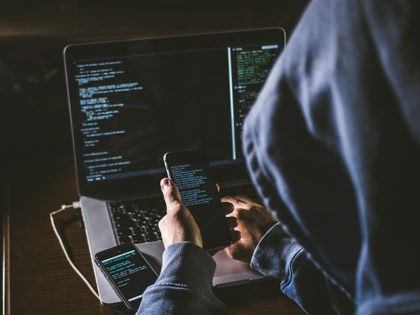 China Holds Second Live-Fire Drill in Himalayas in Past Month

China’s People’s Liberation Army (PLA) recently held a live-fire drill in the Himalayas – the Chinese army’s second such exercise near the Indian border in the past month – as an ongoing boundary conflict between the two Asian neighbors continues to escalate. 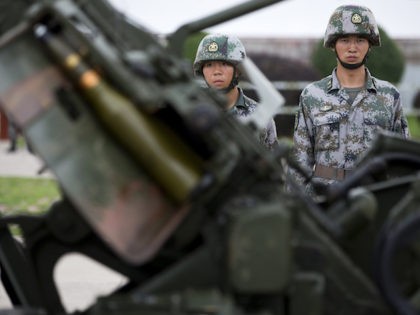 The government of Taiwan revealed Thursday that it has charged three men — all of whom worked for Taiwanese lawmakers — with espionage, accusing them of attempting to steal President Tsai Ing-wen’s medical records. 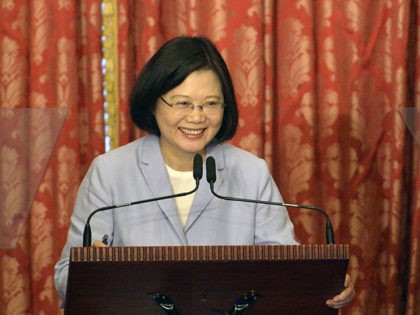 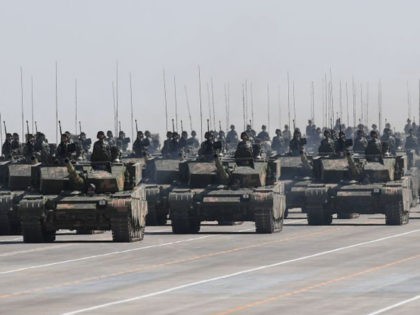 Chinese Army Carries out ‘Live-Fire’ Drills in the Himalayas

The Chinese People’s Liberation Army (PLA) carried out live-fire drills in the Himalayas at the end of July, publicly debuting some of the army’s latest weapons, including “a new 122-millimeter caliber wheeled howitzer and a vehicle-mounted version of the HJ-10 anti-tank missile system,” the PLA’s official English-language website reported Thursday. 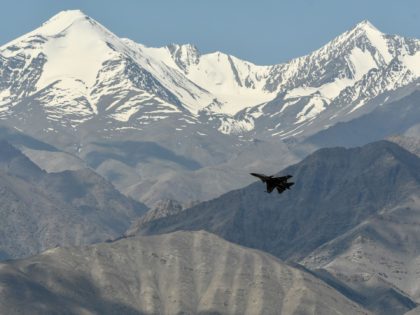 Taiwanese President Tsai Ing-Wen in a video statement at a U.S. think tank event in Washington on Wednesday touted the strength of the U.S.-Taiwan relationship amid a growing threat from China. 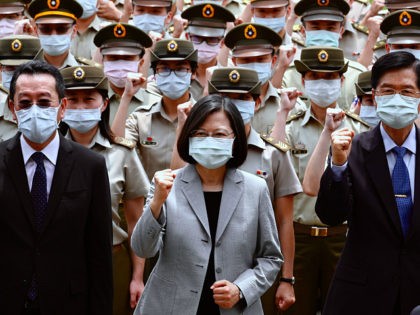 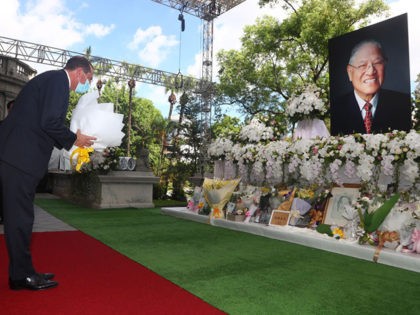 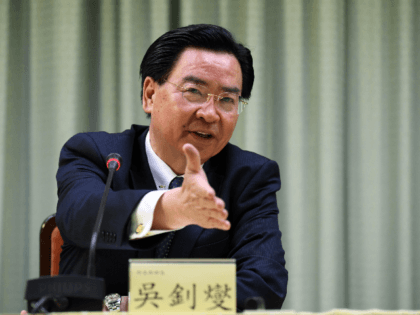 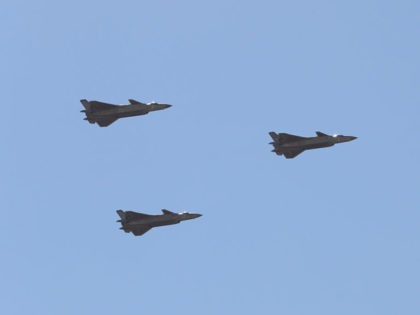 Voice of America News reported on Saturday that Chinese smartphone maker Huawei is running out of the processor chips it needs to build its top phones because of U.S. sanctions. 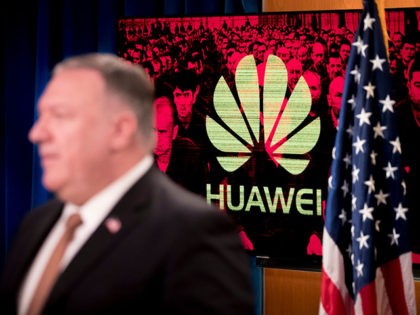 Health and Human Services (HHS) Secretary Alex Azar told Breitbart News exclusively he views his trip to Taiwan as a message from the United States to the world that Taiwan is and has been a “very important partner” with the U.S. when it comes to global health security. 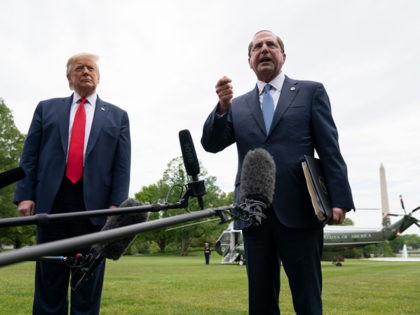 Azar Lands in Taiwan with Highest-Level U.S. Delegation for Decades

U.S. Health and Human Services Secretary Alex Azar defied noisy protests from Beijing and touched down in Taiwan on Sunday to begin the highest-level visit by an American Cabinet official since formal diplomatic relations between Washington and Taipei ended in 1979. 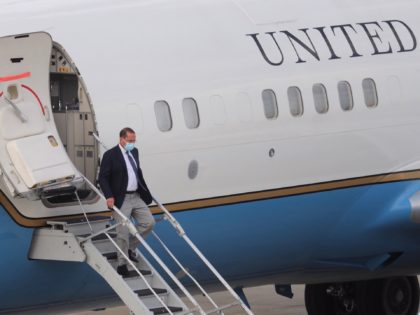 Clarence Page: ‘Satisfying’ That Azar Visit Will ‘Reassure Taiwan’ That We’re Still With Them

On Friday’s broadcast of “The McLaughlin Group,” Chicago Tribune columnist Clarence Page praised Secretary of Health and Human Services Alex Azar’s planned visit to Taiwan, citing the differences between how Taiwan and China handled the coronavirus outbreak in its early stage, China’s 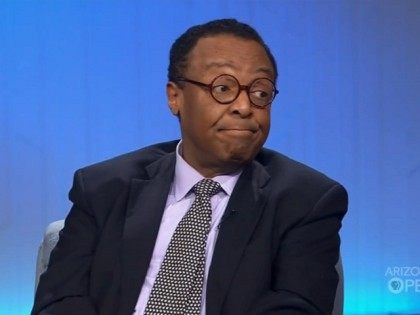 U.S. Secretary of Health and Human Services Alex Azar will visit Taiwan in coming days, his office said on Tuesday, marking the highest-level visit by a U.S. official since formal ties ended in 1979 – a move China described as “endangering peace.” 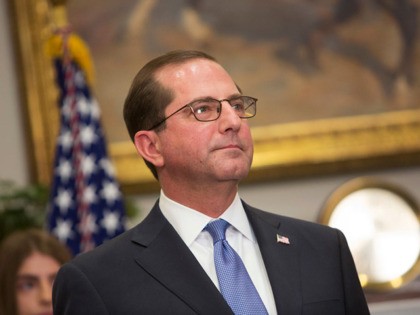