A report published on Monday by Australian cybersecurity firm Internet 2.0 found that China’s purchases of coronavirus testing equipment skyrocketed in the spring of 2019, months before the Chinese Communist Party (CCP) warned the world about the Wuhan coronavirus pandemic.

The report, entitled Procuring for a Pandemic, found that purchases of polymerase chain reaction (PCR) tests in Hubei province began surging in May 2019, eventually reaching double the amount spent on such tests in 2018. Hubei is the province where Wuhan is located.

China’s Centers for Disease Control (CDC) and the People’s Liberation Army (PLA) suddenly became very interested in ordering PRC test gear around that time. In July, the Wuhan University of Science and Technology sharply increased its orders for PCR tests, racking up an 800% increase in spending by the end of 2019. 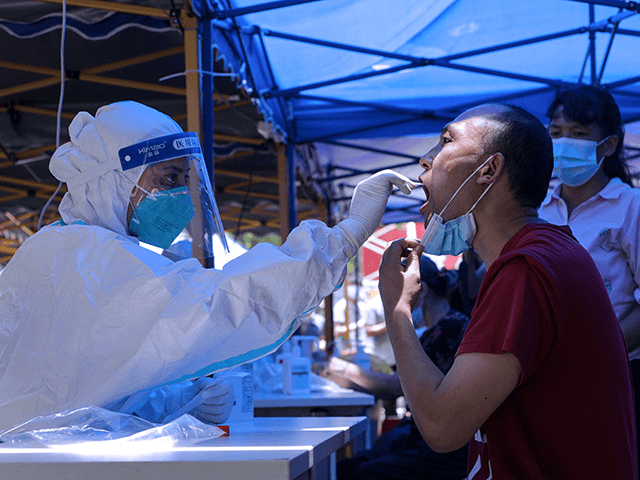 This photo taken on May 30, 2021, shows a man receiving a nucleic acid test for coronavirus in Guangzhou in China’s southern Guangdong province. (STR/AFP via Getty Images)

PCR tests are not solely used for coronaviruses or Covid-19, so the massive search in orders is intriguing but not conclusive. Internet 2.0 duly noted those caveats, but assessed with “high confidence” that the coronavirus pandemic “began much earlier than China informed the W.H.O [World Health Organization] about Covid-19” and recommended further investigation.

Internet 2.0 prepared its report by collecting data from Chinese public procurement websites and bringing in an international team of former intelligence officials to analyze the results.

The researchers lamented China’s secrecy and said its refusal to share key information about the early days of the coronavirus outbreak “fueled a lot of hypothesis, theory, misinformation,” and “heartache for the victims.”

“This data does not support any origins conclusions on COVID-19 but in the future some part of this data might support an origins finding,” said Internet 2.0 CEOs David Robinson and Robert Potter. 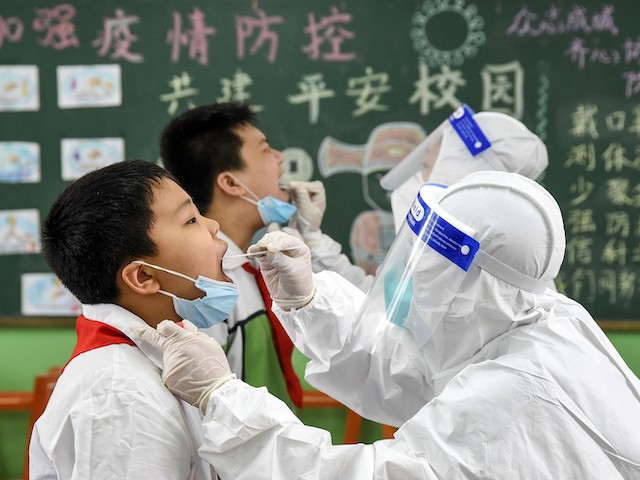 This photograph taken on August 17, 2020, shows a medical worker taking a swab sample from an elementary school student, to be tested for the coronavirus before schools open for the new semester, in Handan in China’s northern Hebei province. (STR/AFP via Getty Images)

“Nor does this report identify a specific point in time where a pandemic emerged,” they continued. “The fact China has gone to great lengths to ensure conclusive evidence is unobtainable means unfortunately we may have to rely on third-party data points.”

“You can see across the trend that, starting in May and all the way through to December, you see a massive increase in PCR procurement data. Some of this may be benign but taken together it gives us a trend that comprehensively challenges the official narrative that the pandemic started in December,” Potter told The Australian on Tuesday.

“It also shows there’s a significant amount of procurement from the government level, the PLA and the Centre for Disease Control, as well as sensitive laboratories that are in the Hubei province,” he added. 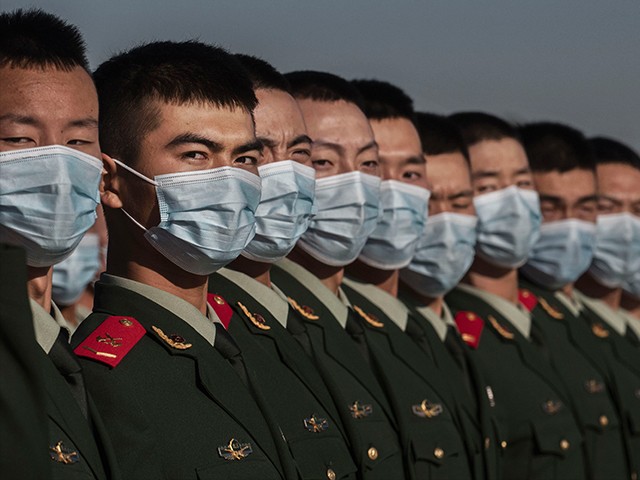 Chinese soldiers from the People’s Liberation Army wear protective masks as they line up after a ceremony marking the 70th anniversary of China’s entry into the Korean War, on October 23, 2020, in Tiananmen Square outside the Great Hall of the People in Beijing, China. (Kevin Frayer/Getty Images)

Robinson told The Australian it was “abnormal, significant, and out of trend” for a Wuhan agency to make an enormous purchase of PCR equipment a month before the World Military Games were held in Wuhan in October.

Some Western analysts skeptical of China’s official pandemic narrative believe the World Military Games were a “superspreader event” for the coronavirus, which they accuse China of knowing about but concealing from the world until January 2020.

China, conversely, has been promoting a conspiracy theory that the coronavirus was developed in an American laboratory and spread to Wuhan by U.S. soldiers who participated in the World Military Games.

Akira Igata, a Tokyo professor who examined Internet 2.0’s data independently, told Nikkei Asia on Tuesday that the public procurement data is “strong information for making the case that there was awareness of a virus outbreak around Wuhan several months to half a year before that December.”

“This report could provide an opportunity for countries to press China for information again,” Igata suggested, rather optimistically. 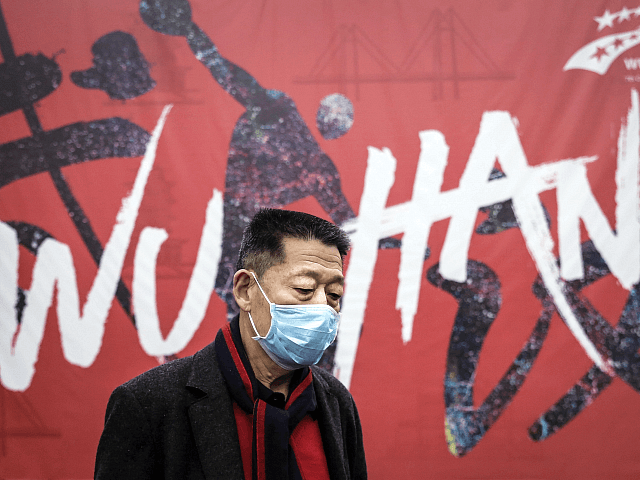 A man wears a mask while walking down the street on January 22, 2020, in Wuhan, Hubei province, China. (Getty Images)

The Chinese Foreign Ministry dashed those hopes by sneering at the Internet 2.0 report as a questionable piece of amateur Internet detective work, on par with research that attempted to pinpoint the true beginning of the outbreak by counting how many times people in Wuhan searched for words like “cough” and “diarrhea” online.

“Virus traceability is a serious scientific issue that should be addressed by scientists. China’s anti-epidemic campaign is open to the world, the situation is clear, the facts are clear at a glance, and stand the test of time and history,” a Chinese Foreign Ministry spokesperson told Bloomberg News on Monday.

Bloomberg rounded up a few non-Chinese Communist critics to question Internet 2.0’s conclusions. Most of them suggested the increasing popularity of PCR equipment to test for pathogens other than the coronavirus could account for the surge, pointing to China’s battle with swine flu as another possible explanation. Some noted there is evidence the coronavirus pandemic began earlier than China currently claims, but October 2019 is usually proposed as the earliest date for the “true beginning” of the outbreak.

However, an unnamed Australian biochemist familiar with the Internet 2.0 report told Bloomberg the size of the order spikes in May and July was unusual, and “spoke to a sudden, significant need for pathogen diagnostic equipment” that might be difficult to reconcile with the swine flu crisis or other outbreaks known.