The Chief of India’s Armed Forces, General Bipin Rawat, died on Wednesday when the military helicopter he was traveling in crashed in the southern Indian state of Tamil Nadu, the Indian Air Force said.

“With deep regret, it has now been ascertained that Gen Bipin Rawat, (his wife) Mrs Madhulika Rawat and 11 other persons on board have died,” the Indian Air Force said in a statement issued December 8.

#IAFChopperCrash – An Indian Air Force chopper, Mi-17V5, carrying CDS Gen Bipin Rawat crashed today in Tamil Nadu's Coonoor. The locals were the first ones to reach the spot and informed the authorities about the crash.

Here's a look back at a few crashes involving #Mi17V5 pic.twitter.com/KGe2I8y2Hu

Gen. Rawat was traveling in a Russian-made Mi-17V5 helicopter en route from an Indian Air Force base to a hillside military college in Tamil Nadu to deliver a lecture when the aircraft came down near the mountain village of Coonoor. The Mi-17V5 was carrying 14 passengers when it crashed on December 8. Just one passenger survived the accident and was being treated for his injuries in a hospital as of Wednesday.

An Indian government source told Reuters on December 8 some of the helicopter crash victims’ bodies “were so charred that they could not be immediately identified.”

Gen Bipin Rawat was an outstanding soldier. A true patriot, he greatly contributed to modernising our armed forces and security apparatus. His insights and perspectives on strategic matters were exceptional. His passing away has saddened me deeply. Om Shanti. pic.twitter.com/YOuQvFT7Et

Prime Minister Modi expressed condolences to Gen. Rawat’s family and those of the other accident victims in statements posted to his official Twitter account on December 8.

“I am deeply anguished by the helicopter crash in Tamil Nadu in which we have lost Gen Bipin Rawat, his wife and other personnel of the Armed Forces. They served India with utmost diligence. My thoughts are with the bereaved families,” he wrote. 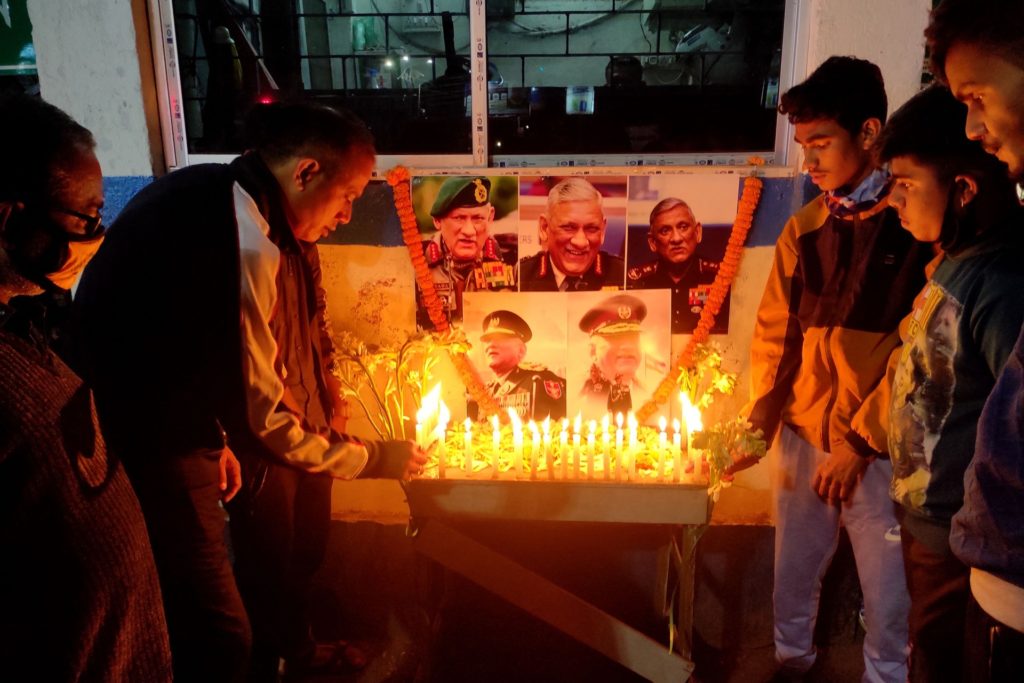 The head of state described Gen. Rawat, who had over four decades of military service under his belt, as a “true patriot” who had led “defence reforms” in India.

“[H]e greatly contributed to modernising our armed forces and security apparatus. His insights and perspectives on strategic matters were exceptional. His passing away has saddened me deeply,” Prime Minister Modi stated.

The Indian Air Force said it has ordered an official inquiry into the cause of the helicopter accident.

“India has dozens of Mi-17s in service. They are widely deployed to transport senior army personnel and government ministers,” Reuters noted on Wednesday.

“This is a safe, proven helicopter, I have travelled on it in difficult situations,” former Indian Army Chief J.J. Singh told reporters on December 8 of the Mi-17V5 on which Gen. Rawat was traveling.