The accident occurred while the jet was trying to land on the flight deck of an American aircraft carrier, injuring seven sailors.

The pilot was able to eject before the aircraft slammed into the flight deck of the USS Carl Vinson (CVN-70) and then reportedly went over the side. The pilot was safely recovered by a helicopter, said Lt. Mark Langford, a spokesman for the U.S. 7th Fleet.

Seven sailors, including the pilot, were injured and three were evacuated for medical treatment in Manila, Philippines, while four were treated on board the ship, AP reports.

All three MEDEVACs were assessed as stable on Tuesday morning, the Navy said.

Details on the crash of the multimillion-dollar aircraft were still being verified, Langford affirmed. 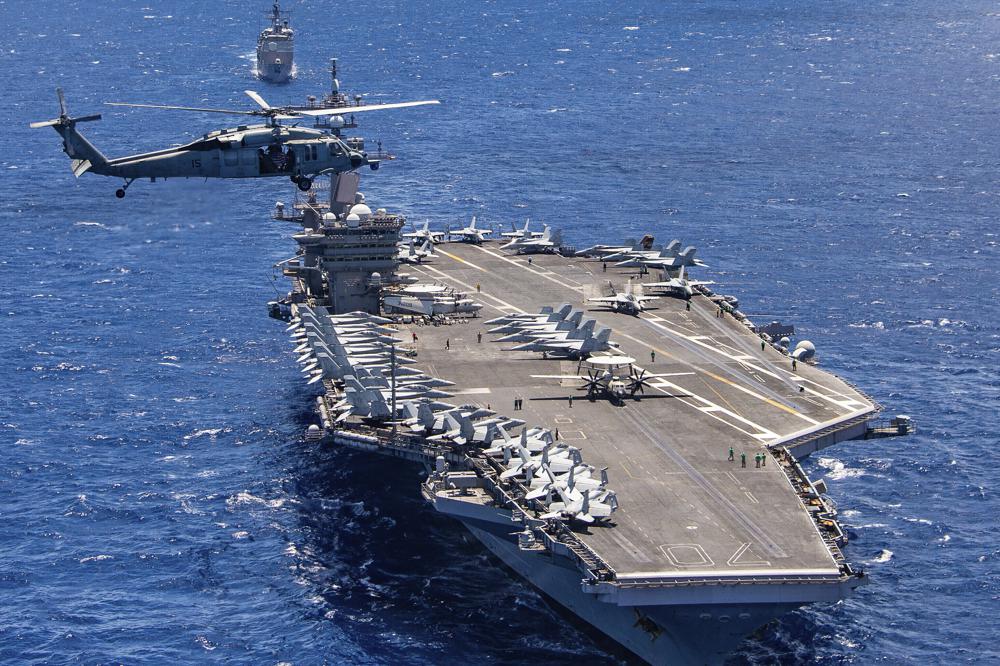 The aircraft carrier USS Carl Vinson participates in a group sail during the Rim of the Pacific exercise off the coast of Hawaii, July 26, 2018. (Petty Officer 1st Class Arthurgwain L. Marquez/U.S. Navy via AP, File)

“The status and recovery of the aircraft is currently under investigation,” he told AP.

Two American carrier strike groups with more than 14,000 sailors and marines are conducting exercises in the South China Sea, which the military says is to demonstrate the “U.S. Indo-Pacific Command Joint Force’s ability to deliver a powerful maritime force.”

Impact to the deck of the USS Carl Vinson was “superficial,” Langford said, and both carriers have resumed routine flight operations. The Navy did not provide details on the status of the aircraft. 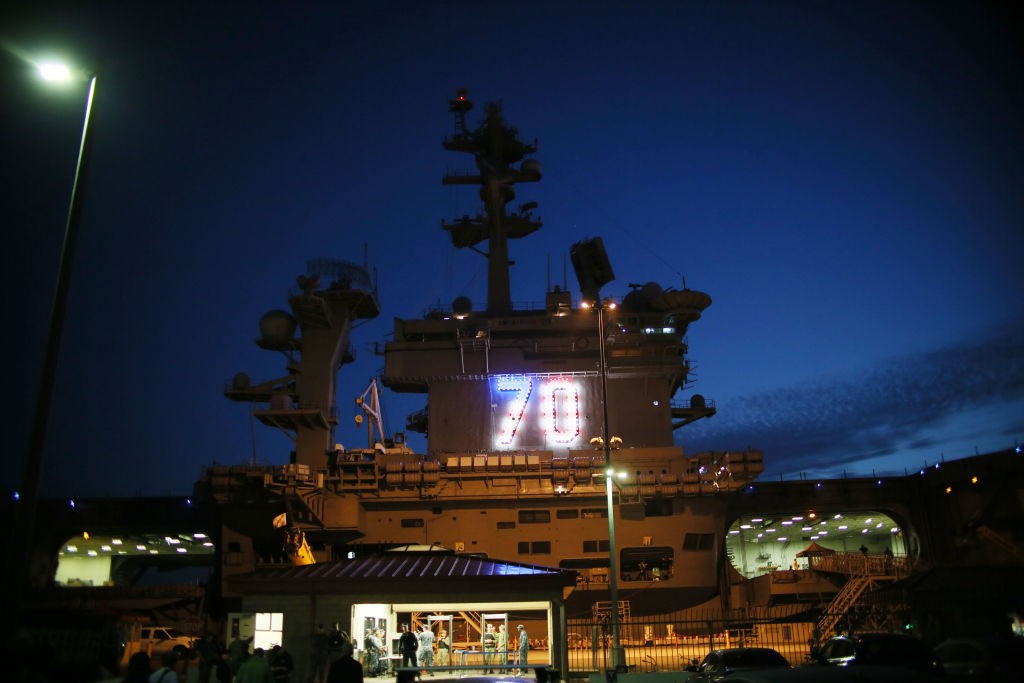 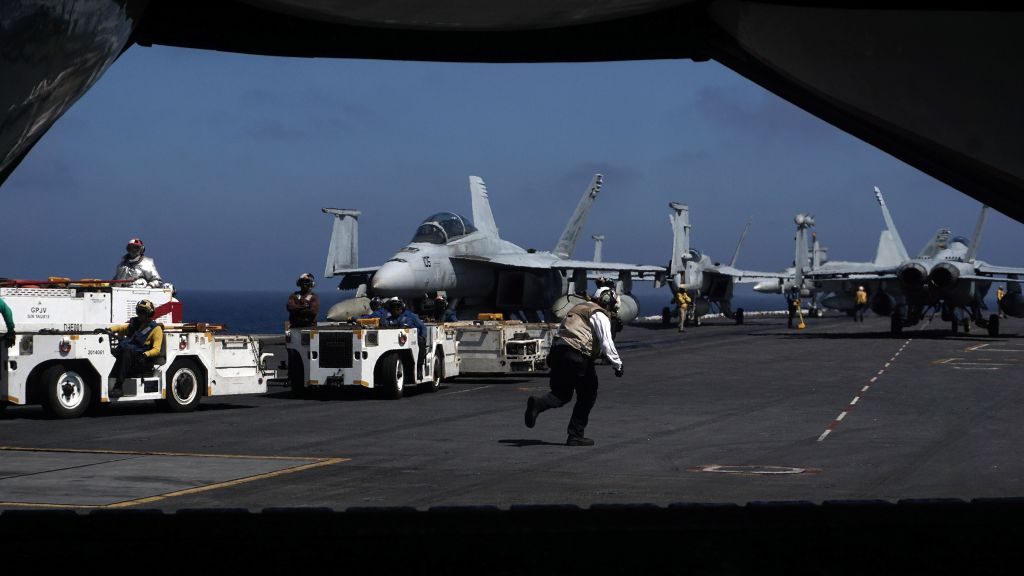 Sailors working on the flight deck of aircraft carrier USS Carl Vinson as the carrier strike group goes on a routine deployment mission in the South China Sea, one hour away from Manila. (AYEE MACARAIG/AFP via Getty Images)

It follows a similar accident last November when a British F-35B fighter jet failed to take off from the supercarrier HMS Queen Elizabeth and dropped into the Mediterranean, as Breitbart News reported.

The F-35C Lightning II is the latest carrier-based fighter of the U.S. Navy.

USS Carl Vinson deployed from San Diego last August after undergoing a $367 million retrofit so it could accommodate the F-35C Lightning II.