China has doubled down on refusing to stick to its climate pledges by announcing Monday it will be expanding operations of coal-fired power plants across the country.

In a Chinese State Council meeting chaired by Chinese Premier Li Keqiang, China reaffirmed its position to increase its use of coal powered energy to “safeguard power usage in both production and daily life”, the official Chinese state press agency Xinhua reports.

Despite initially signing up to the U.N.’s Paris Climate Agreement in 2016 which aims to keep global temperature rises under 2 °C and reaffirming this commitment to reduce its emissions at eco-conference COP 26 in a joint declaration with the United States in 2021, over the course of the pandemic, China has increased coal output – hitting a ten-year-high of using over four billion metric tons of coal in 2021. 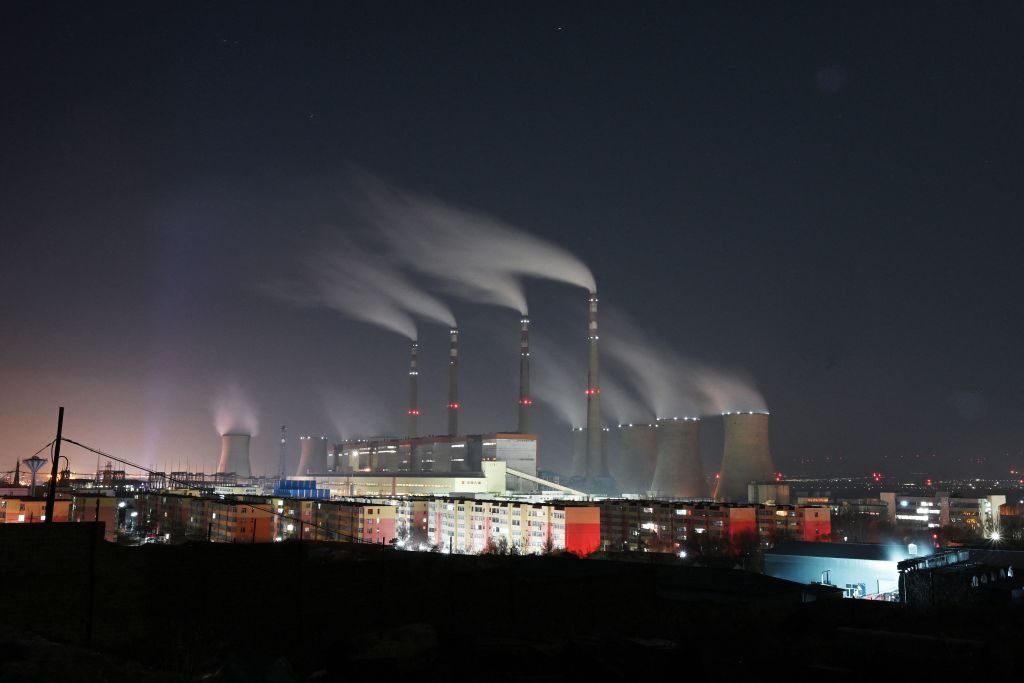 The coal-powered Datang International Zhangjiakou Power Station is pictured at night in Zhangjiakou, one of the host cities for the 2022 Winter Olympics, in China’s northern Hebei province on November 12, 2021. (GREG BAKER/AFP via Getty Images)

This increased use of coal indicates China is unlikely to honour its international promises to peak its emissions by 2030 and become carbon neutral by 2060.

The communist nation’s energy U-turn comes after the Chinese economy was inhibited in the coronavirus pandemic as a result of international fuel shortages, which led to multiple power outages in the nation of 1.4 billion people.

The Chinese Communist dictatorship has since ordered the reopening of domestic coal mines and also the scrapping of emission-curbing production quotas, meaning China’s coal power plants will be operating at full capacity. 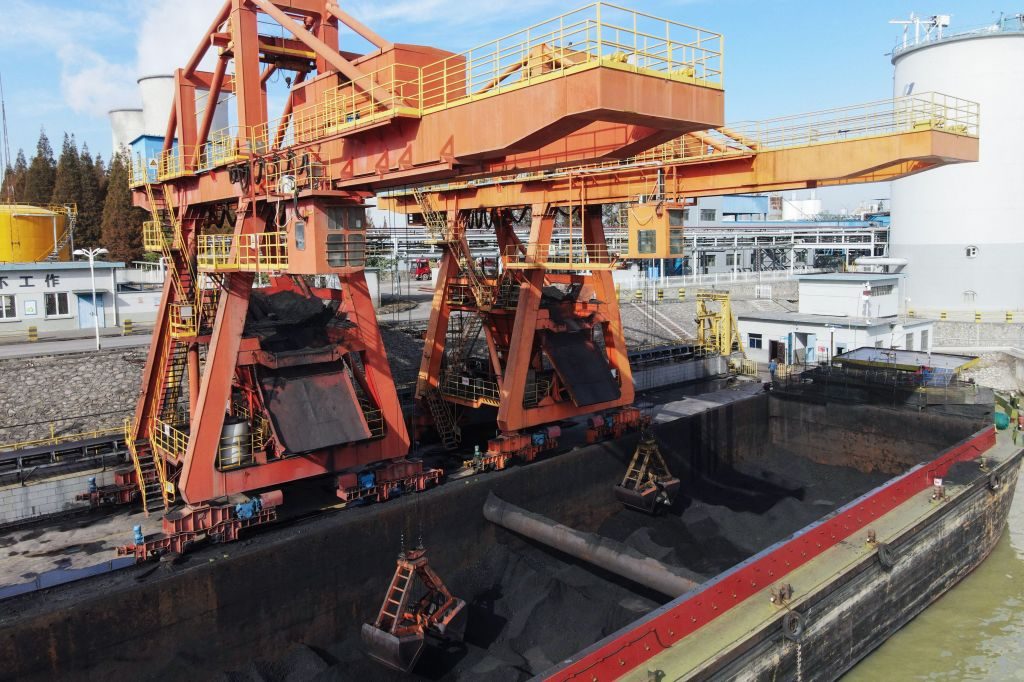 A barge unloads coal at a power station in Yangzhou, in China’s eastern Jiangsu province on November 23, 2021.  (STR/AFP via Getty Images)

While Western populations are being forced to tighten their belts and deal with the expensive ramifications of green-energy policies, Chinese President Xi Jinping has told his government that any efforts to reduce China’s emissions should not interfere with the nation’s economic growth – indicating China will not be making any meaningful changes to curb its emissions in the near future.