“Last week 13 medical officials, doctors and medical technicians left Beijing for Pyongyang, and they are currently staying at the National Academy of Sciences in Pyongyang’s Unjong district,” the U.S. government-funded RFA reported on May 24, citing one of its sources.

“North Korea requested help in the fight against the spread of COVID-19 [Chinese coronavirus] across the country, especially around the Pyongyang area,” the unnamed source claimed.

“So far, China has provided supplies like [Chinese coronavirus] COVID-19 test kits, protective shields, and vaccines to North Korea. In the future, China will also provide support for production technologies and facilities that can produce diagnostic kits,” RFA added.

North Korea’s current Chinese coronavirus outbreak, which it claims to be its first-ever, has caused roughly three million symptomatic infections since the regime claimed that it began in late April. The ongoing public health crisis is the first Chinese coronavirus outbreak ever acknowledged by Pyongyang’s notoriously closed-off communist government. 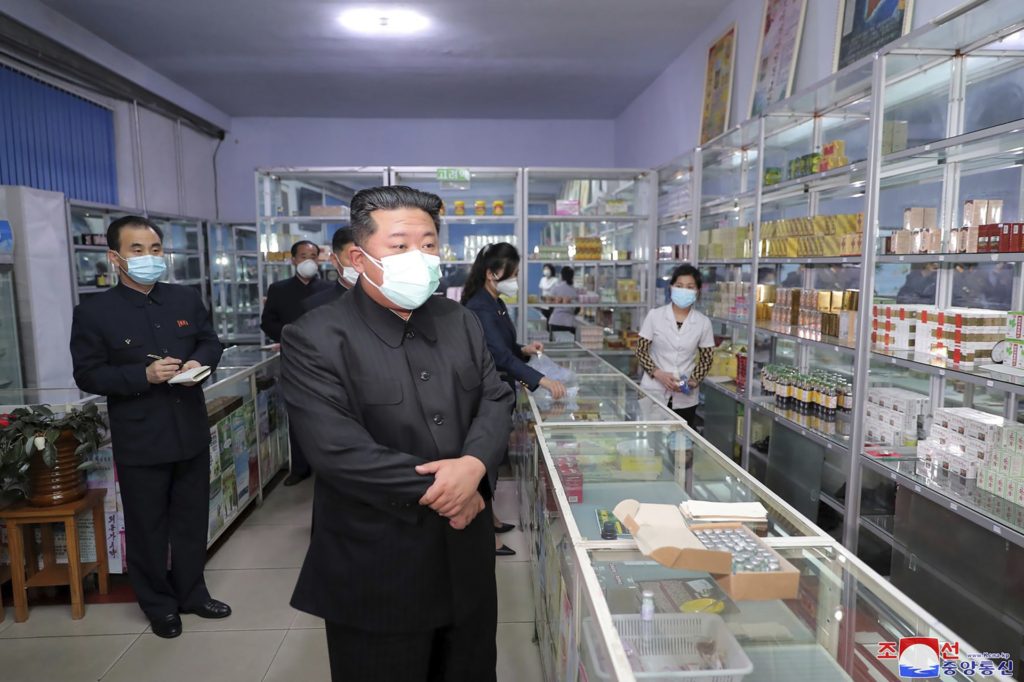 China’s ruling Communist Party delayed notifying the World Health Organization (W.H.O.) about the world’s first-ever epidemic of the disease in central China’s Wuhan city, which likely began sometime in the fall or winter of 2019. Beijing’s lack of transparency allowed the then-novel coronavirus ample time to spread from Wuhan to other parts of China and then to the rest of the world by March 2020, sparking a pandemic.

North Korea was one of the first nations to shut its borders with China in January 2020 when news first broke of the Wuhan outbreak. The nation refused to admit to a single infection of the Chinese coronavirus for more than two years before finally recognizing its latest epidemic of the disease on May 12 when Pyongyang declared a “severe maximum emergency.”

“The government [of North Korea] has been isolating suspected patients, but the country’s healthcare system is woefully underdeveloped and ill-prepared to withstand the shocks of a major pandemic,” RFA noted on May 24.

“They asked for China to provide medical equipment such as COVID-19 vaccines, test kits and protective clothing and face shields,” the source said.

“While the medical equipment is being brought to Pyongyang, the Central Committee has also requested China’s help in releasing technology needed to help with biological research,” he claimed.