Hunter Lewis is co-founder of Againstcronycapitalism.org and co-founder and former CEO of Cambridge Associates LLC, a global investment firm. He has written ten books on economics and related subjects, including Where Keynes Went Wrong. 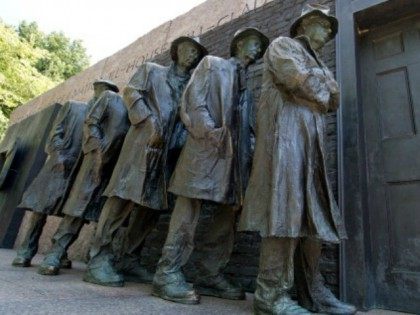 You may not be able to keep it for long. John Goodman, the top health policy analyst, explains why you probably won’t be able to keep your Obamacare policy, whether you like it or not. The law is written in

Is Keynes Misunderstood, Maligned By Critics?

In a September 11 Bloomberg article, economist Noah Smith claims that John Maynard Keynes, the architect of today’s government economic policies around the world, wasn’t a “socialist” or even a “progressive.” He did not favor “a command economy.” Yes, he

Did the Government Cover Up an Autism/Vaccine Connection?

For years, parents of autistic children have claimed a link between their children’s condition and vaccines. One vaccine in particular has been mentioned: the MMR (Mumps, Measles, and Rubella), which has a record of side effects, some severe. The Center

Good for Elizabeth Warren. She’s letting us know where she stands. No oily evasiveness for her, or at least less than usual from politicians. Here are her eleven tenets of today’s progressivism, outlined in a July 18 speech before Netroots

Is he right? In a recent Bloomberg Views piece, mainstream economist Noah Smith accused his critics of having “brain worms” and even “anti-semitic overtones.” He then mischaracterized what these critics, usually referred to as Austrian economists, were saying so that

And even that is doubtful. A paper written by two staff members of the Federal Reserve Bank of Atlanta tried to quantify what all the Fed’s new money creation and related measures have accomplished. They conclude that unemployment today would

What does it suggest when someone, writing in Bloomberg, calls his critics “9/11 truthers… enslaved by… brain worms?” It suggests that he is very worried. He not only thinks the barbarians are at the gate; he thinks that his cozy

Negative Interest on Private Bank Accounts Coming to the US?

We just reported about how the European Central Bank has instituted negative interest rates for member banks. This could soon spread to the US and also to consumer accounts. If so, you would find money taken out of your bank

Look for this to spread. For now the negative interest rate of -0.1% will only apply to bank reserves held at the central bank. The stated objective is to persuade the banks to reduce their reserves by lending more.  In

Hillary Clinton’s speech at the New America Foundation on Friday, in which she discussed thoughts about reviving the economy, suggested that she does not understand how jobs are created. She said she was trying to “encourage more companies to come

Rand Paul Threatens to Hold Up Fed Board Nominees

This will put a useful spotlight on three poor Fed nominations as well as a good bill that is being ignored. Senator Rand Paul (R-KY) has sent a letter to Senate Majority Leader Harry Reid (D-NV) threatening to put a

U.S. Still in a Depression

Does an official 6.3% unemployment rate mean that the economy has finally recovered? No. Whether you call it the Great Recession or the depression it really is, the recovery that supposedly started in June 2009 has not been much of

Will Piketty's 80% Income Taxes and 10% Wealth Tax Fix Our Economy?

The economist offering this “solution” has been fêted by the Obama White House economic staff, the International Monetary Fund, and by many of the people running world economies today. His ideas are definitely “in play.” Thomas Piketty, the forty-two-year-old French

Who Is Thomas Piketty and Why Has the Obama Admin Rolled Out the Red Carpet for Him?

He has not only been feted recently by White House advisers. He is all the rage at the Council on Foreign Relations, the International Monetary Fund, and the United Nations as well. This 42-year old economist from French academe has

7 Crazy Ideas Janet Yellen Did Not Mention, but Waiting in the Wings

In her speech at the New York Economic Club on Wednesday, Janet Yellen said it is “quite plausible” the economy will reach full employment in a couple years with just the right amount of inflation, which to her mind means

Inside The Fed–What Janet Yellen Won't Tell You

What is Janet Yellen, new Fed chairman, really worried about? Is it that reported unemployment will stay high, that the economic recovery will never get off the ground, that we will fall back into recession, or that consumer prices will

It's Not Just the Obama Administration That Is Flouting the Law, So Is the Fed-Part Two

As Part One of this article revealed, some of the games being played behind closed doors by the Fed are legal and some illegal, but all of them are troubling. It was a clear violation of Section 14 (B) the

It's Not Just the Obama Administration Flouting the Law, So Is the Fed–Part One

By now everyone knows that the Obama administration is deliberating choosing to disregard some laws, most notably Obamacare and immigration statutes, among others. By contrast, the Fed’s extra-legal moves have gone almost completely unreported by the press. For example, the

The Obama administration has repeatedly complained about Republican blocking tactics in the Senate. In this context, it is worth remembering that the Democrats blocked President Bush’s last three nominees to the Federal Reserve Board. The Democrats calculated that a member

Will Washington Take Down Apple–And Why?

The U.S. Department of Justice has not only successfully sued Apple for arguably non-existent anti-trust violations in the e-book market. It has even demanded – and gotten – a court-appointed “monitor” placed inside the company to supervise the company’s pricing

Henry Waxman, who just announced his retirement after 40 years in Congress, may be the most powerful under-the-radar-screen person in Washington. President Obama calls his fellow Democrat “one of the most accomplished legislators of his or any era.” The Washington

Obama Doubles Down on Destroying the Economy

Is President Obama really this ignorant of business and economics? Telling American employers to raise their wages sounds innocent enough, but it ceases to be innocent when people lose their jobs as a result. In his State of the Union

Why Doesn't the Federal Reserve Lend Each of Us $10 Million?

Wouldn’t that be a good way to jump start the economy? Sheila Baer, chairman of the Federal Deposit Insurance Corp. during the Crash of 2008, was a lonely voice of sanity at that time. In 2012, she wrote an article

And we learn more about the most powerful woman in the world. Janet Yellen has been under wraps for some time. She did not want to give any interviews, since an unguarded remark might endanger Senate confirmation. During Senate hearings,

Fifty years after President Johnson launched his “War on Poverty,” it is time to stop pretending and start doing something real for the poor. Mitt Romney said during the 2012 presidential campaign: “I’m not concerned about the very poor. We

What will this mean for the average American, the middle class, and especially the poor? In recent years, the Fed, led by chairman Ben Bernanke and since 2010 also by vice chairman Janet Yellen, has embarked on the most radical

The Fed's 100th Anniversary, Part 2: Does Janet Yellen Know What She Is Doing?

Janet Yellen, Ben Bernanke’s successor as Fed chairman, has asked and answered two important questions: “Will capitalist economies operate at full employment in the absence of routine intervention? Certainly not.” “Do policy makers have the knowledge and ability to improve

The Fed's 100th Anniversary–Part 1: Does The Fed Know What It Is Doing?

Popular former New York mayor Ed Koch used to walk the streets of the city ebulliently asking passers by: How’m I doin? Although the Fed has never asked this question about itself, the 100th anniversary of the Federal Reserve Act

The Fed's The Big Story, Not The Budget Deal

The real action is coming soon in the Senate when it votes to confirm the new Fed chairman. The budget deal is disappointing, but small beer. It’s just the same, oft-told tale: we’ll cut spending in the future if you’ll

Will the Bull Market End on Wednesday?

The Fed’s latest stock market bubble is at risk of blowing up. It could blow up as soon as the Fed’s next meeting this Wednesday, or it could last longer. Either way, it is doomed. Bubbles are inflated when the

Why Are the Medical Insurance Companies Silent?

What exactly are they afraid of? John Goodman, the leading medical care analyst in the country, asked this question a few weeks ago. His piece was entitled “None Dare Call It…“. The missing words were economic fascism. Economic fascism, the

Consumers should think twice before going online to check out Obamacare. The policies offered are not only sub-standard, you won’t even be able to tell which ones are worse than others. Last week, we pointed out that the new exchange

The Latest Lie: Obamacare Plans Will Be Better Than Canceled Policies