The National Shooting and Sporting Foundation’s annual Shot Show in Las Vegas boasted not only the latest in firearm protection from major and small industry gun manufacturers but also non-lethal self-defense products from companies focused on personal security. 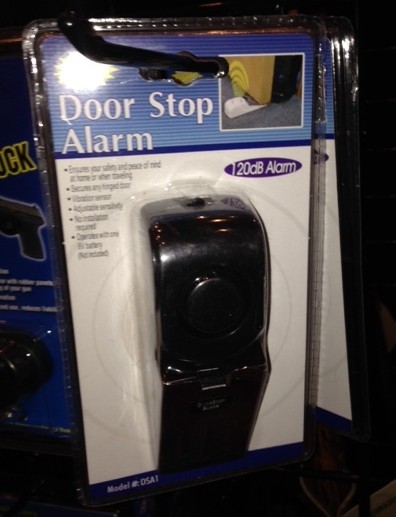 “We always recommend that a woman carry something. A lot of them are scared to carry a firearm, so we specialize in non-lethal. So whether it be pepper spray that you carry, we have our defense tools, like our little pit bull key chain–which has the face of the dog. Your fingers go through the eye holes and it has sharp ears. Of course, if you get attacked you just kind of poke them with it. We even have the strike spike, which is a little weighted tactical weapon with a spike on it that goes on the back of your hat, so that the bill of your hat even becomes a weapon that you would flip off and hit somebody with.  You can also use that on your shoe–like a running shoe–or a survival bracelet,” said Gina McCarley  of Personal Security Products – a Little Rock based company.

“No matter what you carry, though, Whether it be stun gun, pepper spray, or one of these other defense weapons you have to have an out ready. That’s the number one thing. You can’t just be looking for it in your purse when you need it. You absolutely have to have it out and you need to practice and figure out what you’re going to do if somebody comes up from behind you. That’s the most important thing,” she added.

McCarley told Breitbart News that similar to firearm sales, non-lethal self-defense items appear to be just as popular to Americans as guns. “Our business has grown triple fold in the last few years. It’s been amazing. I think it’s just because that when the economy is bad, crime goes up, so its just natural that people get more scared. They look for other solutions to protect themselves.”