In a span of just two days, U.S. Immigration and Customs Enforcement (ICE) agents have discovered two drug tunnels—one complete and the other in progress—spanning the California-Mexico border.

According to a statement from the US Border Patrol provided to the San Diego Union-Tribune, the first tunnel stretched 230 feet from Mexicali to Calexico in southeast California, was about four feet high and four feet wide, and was equipped with lighting and ventilation.

The tunnel began in a private Mexicali home, and was discovered by the Border Patrol’s search and rescue team after agents intercepted four men hauling 69 pounds of methamphetamine near the All-American Canal. The 25 vacuum-packed packages of meth were worth $694,000. Three of the men fled, but a Honduran man was apprehended with scuba gear he was using to cross the canal.

The second tunnel, 220 yards in length, had lighting, as well as a rail system with a cart, according to ICE spokeswoman Lauren Mack. It also started in a residence on the Mexican side of the border, this one located in Tijuana. It did not have an opening on the US side. Agents found it while examining what they thought was a sinkhole west of the San Ysidro port of entry. 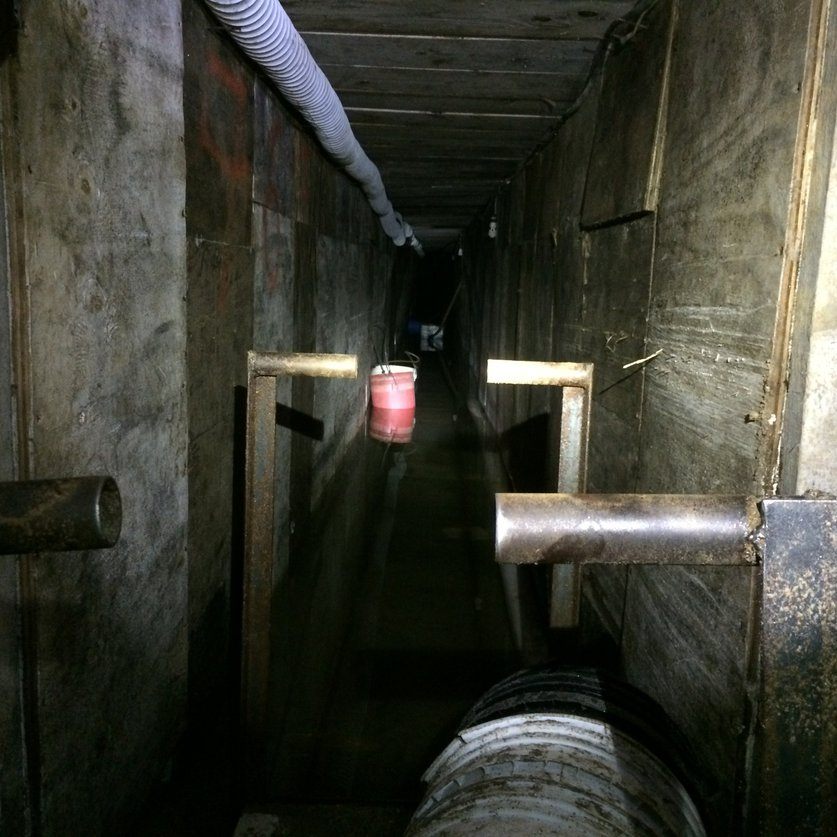 Border tunnels are extremely valuable to Mexican drug cartels, given the extensive effort and financial resources required to create them. They are also difficult to find, although more than 80 such tunnels have been discovered since 2006.

According to ICE officials, roughly half of those tunnels have been found using information gleaned from anonymous tips. Agents try to leverage information from human sources as much as possible, routinely working with warehouse employees on the US side who observe suspicious behavior that may be related to tunnel activity. Developing conclusive human intelligence about tunnel construction projects is extremely difficult, due to the deadly consequences meted out to informants by cartels.

Once a border tunnel is discovered, US agencies look for a way to seal the US portion as quickly as possible, rendering the tunnel useless. Depending on the size of the tunnel, filling it with concrete can cost hundreds of thousands of taxpayer dollars. While the effectiveness of seismic sensors designed to detect tunnels has improved in recent years, sensors have not been widely deployed, due to cost and limitations arising from significant differences in underground geology across the 2,000-mile southwest border.