UPDATE: 8:30 Central — Waco police say they had a swat team on scene along with Texas Department of Public Safety troopers before violence broke out because of intel that there would be trouble. At least five biker gangs involved including local chapters, statewide chapters and national biker gangs, according to Sgt. Swanton. A physical altercation broke out during an argument in the men’s room. The fight moved to the bar area and then outside.

Once outside, the fight escalated with the introduction of brass knuckles, chains, knives and eventually guns. As police attempted to intervene in the fight, bikers opened fire on police and police returned fire. No officers were shot.

Swanton said these were criminal gangs that were engaged in criminal behavior and had criminal intent.

Police are responding to a location in downtown Waco where bikers are being detained and cuffed. It is not being called a “crime scene” at this time.

“We would encourage them not to,” on bikers headed in, Swanton said, adding. “We have plenty of room in our jail.” #TwinPeaksShooting

I want to commend the members of the Waco Police Department, the McLennan County Sheriff’s Department, the Texas Department of Public Safety, and other agencies for their quick and decisive response to the Twin Peaks biker gang shooting in Waco. Their actions saved innocent lives. 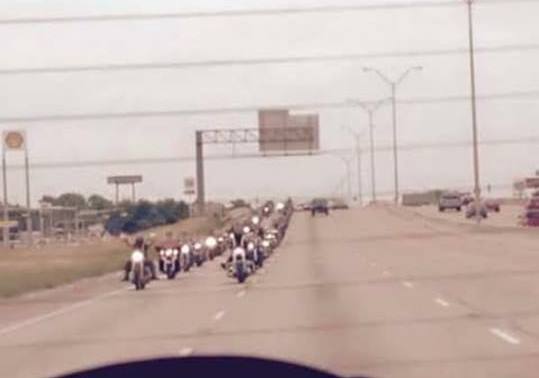 “What happened here today could have been avoided … They failed and this is what happened,” referring to the Twin Peaks local management.

Swanton continued, “This is one of the worst gun fights we’ve ever had in the city limits. They started shooting at our officers.”

UPDATE: 7:00 Central —  Waco police continue to call for public to stay away from the Central Texas Marketplace area:

We are closing the entire Central Texas Marketplace if you are here leave now. For safety reasons we again assert do not come to this area!

UPDATE: 6:55 Central —  CBSNEWS reports: The scene at Twin Peaks was “as secure as it can be right now,” Waco PD Sgt. Swanton said a few hours later, but police are concerned that groups who were involved in the first incident may be moving to other locations in and around Waco where more violence could erupt.” UPDATE: 6:45 Central —  WFAA reports Waco PD Sgt. Swanton saying police knew in advance there would be trouble and had additional officers on the scene Sunday. Waco PD attempted to work with the management of the local Twin Peaks before violence broke out, restaurant refused. KSEN News tweeted the Twin Peaks national HQ had to be called because chain location was being uncooperative.

UPDATE: 6:29 Central — KWTX News 10 reports at least 100 weapons recovered at the scene. Waco PD said this was “the most violent scene” he had seen in years.

Nine people are dead in what was described by witnesses as a “war zone” battle between rival biker gangs outside a Twin Peaks restaurant in Waco, Texas. All of those killed were members of the biker gangs.

A fight broke out between members of the gangs on Sunday just after noon, according to an article on the DailyMail.com. The fight quickly escalated as bikers produced chains, clubs knives and guns, said Waco Police Sgt. W. Patrick Swanton.

One witness, Michelle Logan, told the Waco Tribune, “There were maybe 30 guns being fired in the parking lot, maybe 100 rounds.” Logan was a customer in the diner.

“We crouched down in front of our pick-up truck because that was the only cover we had,” another witness dining at a neighboring restaurant told KWTX-TV.

Swanton told the Tribune that no customers or staff members of the restaurant were killed in the battle. “There was an incident but thankfully the awesome Waco Police have been on the premises and assisting with this situation,” a Twin Peaks employee wrote on the restaurant’s Facebook page.

The bikers were wearing jackets referencing the Cossacks and Scimitars motorcycle gangs according to a New York Daily News report. 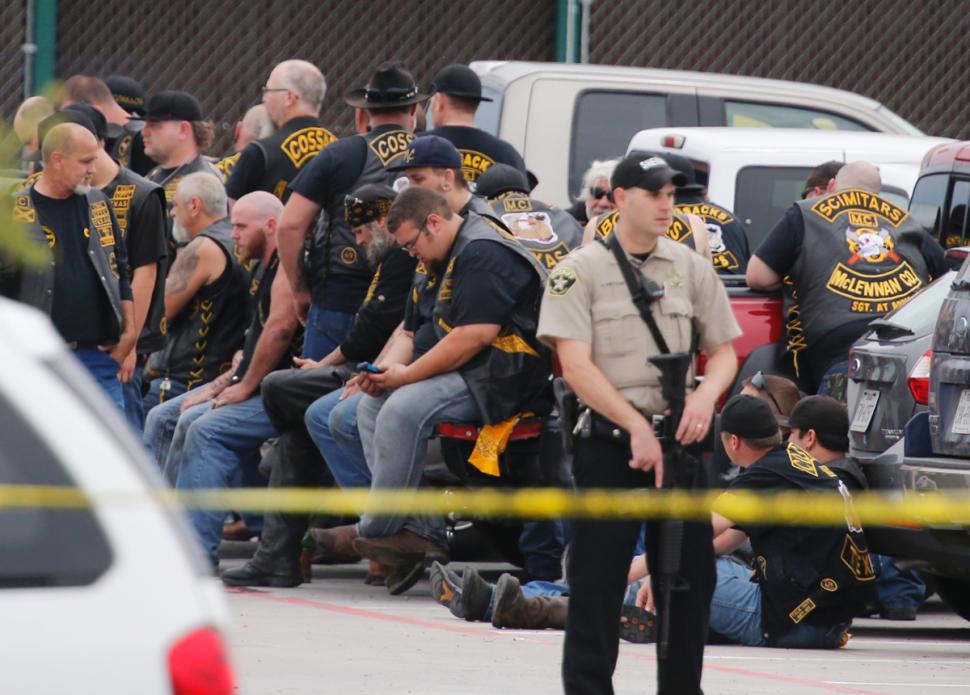 It appears this event has been building for some time and that law enforcement and restaurant management were aware of rising conflicts between the groups. DPS and intelligence agents were working on the investigation long before today and Waco police have been aware of the inquest for more than a month, Swanton told the Tribune.

“The management wanted them here,” Swanton said of Twin Peaks officials. “Management knew that there were issues, and we were here, but they continued to let those groups of people into their business.”

“Your inaction and thirst for money cost lives today…….,” said Joey Olivo on the Twin Peaks Waco Facebook page linked above. “As a Veteran with PTSD I hope you know your actions will cost a lifetime mental pain and anxiety issues to innocent bystanders for the REST OF THEIR LIVES !!! Enjoy your blood money.”

Waco police responded and fired their weapons during the gun battle. Swanton said their actions saved lives by keeping the violence from spreading further. 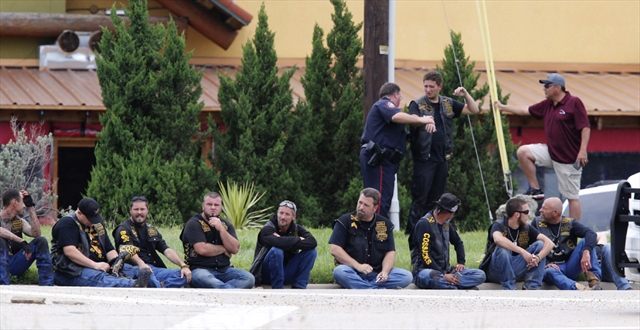 “A lot of innocent people could have been injured today,” Swanton said. “These are very dangerous, hostile criminal biker gangs.”

Another person posted on Facebook just moments before this article was posted. “18 people have been transported from the scene, mostly with gunshot and stab wounds,” wrote Harold Burton. “Waco PD are advising people to avoid the Central Texas Market Place – the area is NOT safe. Additional biker gang members might show up at the scene, per WPD. Retaliation is a concern. Avoid the area.”

Breitbart Texas will provide more information as it becomes available.