Many of the world’s most dangerous criminals and terrorists are housed in the U.S. Federal Penitentiary, Administrative Maximum Facility (ADX), unofficially known as Supermax. It is located in a remote part of Colorado 90 miles from Denver, and is home to male inmates in the federal prison system who are deemed the most dangerous and in need of the tightest control. According to the San Francisco Chronicle, it is the only prison specifically designed to keep every occupant in near-total solitary confinement, rarely allowing inmates to see other prisoners. Former Warden John M. Hurley said of the inmates, “They’re not motivated in trying to be a better citizen. If you’re 42 years old and your release date is in August 2034, you’re not thinking about getting out and getting a job.”

The inmate population of Supermax is a who’s who list of the deadliest people on the planet. According to the New York Times, They include Ted Kaczynski and the Atlanta Olympics bomber Eric Rudolph; the 9/11 conspirator Zacarias Moussaoui and the 1993 World Trade Center bombing mastermind Ramzi Yousef; the Oklahoma City bomber Terry Nichols; the underwear bomber Umar Farouk Abdulmutallab; and the former Bonanno crime-family boss Vincent Basciano. Michael Swango, a serial-killing doctor who may have poisoned 60 of his patients, is serving three consecutive life sentences; Larry Hoover, the Gangster Disciples kingpin made famous by rappers like Rick Ross, is serving six; the traitorous F.B.I. agent Robert Hanssen, a Soviet spy, 15.

There is a very good chance Guzmán could follow in the footsteps of his predecessors by ending up as a Supermax inmate. Hector “El Guero” Palma Salazar, one of the Sinaloa cartel’s founders alongside El Chapo, is serving time there. According to BorderlandBeat.com, Palma will be released on July 16, 2016, because the judge gave him credit for time served in Mexican prisons. Other kingpins in Supermax include Francisco Javier Arellano Félix of the Tijuana cartel, currently serving a life sentence, and founder of the Gulf cartel Osiel Cárdenas Guillén. 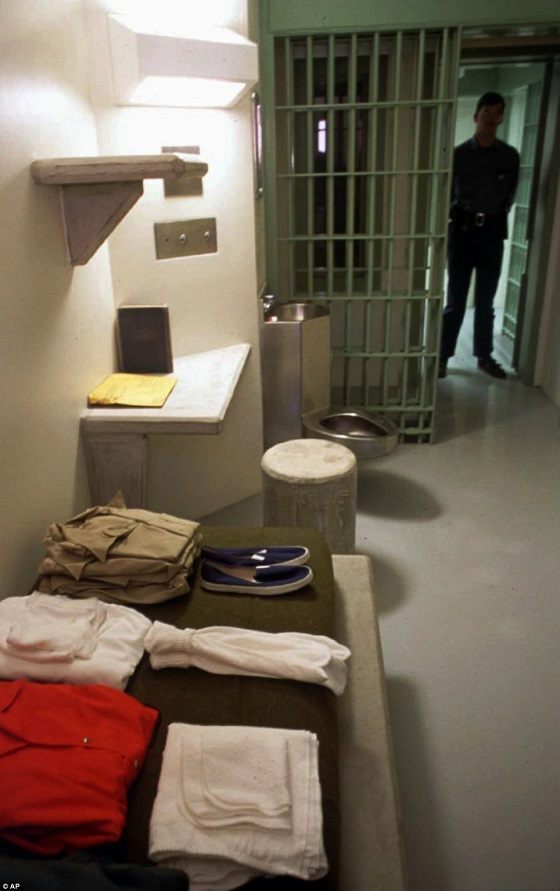 To say that life for El Chapo in Supermax would be highly restricted is an understatement. According to Fox News, cells in the prison range from 77 to 87 square feet in size—smaller than a child’s bedroom. Crammed into that tiny space are a bed, shower, sink, toilet, metal mirror, and television/radio. All outgoing and incoming mail as well as telephone calls are monitored, and immediate family members, attorneys and boyfriends or girlfriends of the inmates may visit inmates. Palma’s lawyers filed an appeal on his behalf saying it was illegal to keep the drug lord in extended confinement at Supermax. “Supermax confinement is arguably in violation of international standards and numerous international treaties, many of which have been signed by Mexico,” his lawyers said in an appeal that was heard last month, according to the Houston Chronicle. Their argument is based on the premise that Mexico might have refused extradition if officials knew the cruel conditions prisoners would face.

There’s no guarantee Guzmán would be sent to ADX Florence; this speculation is only based on the history of other high-level drug traffickers who have been extradited to the U.S. from Mexico. Cárdenas Guillén was arrested in Mexico in 2003, extradited in 2007, and sentenced to 25 years in prison in 2010—a reduction from a longer sentence that resulted from his agreement to provide intelligence to U.S. authorities. Although it may take several years for him to get there, given Guzmán’s place in the kingpin hierarchy and his proclivity for prison escapes, he can probably expect to be in familiar company in Colorado within the next few years.